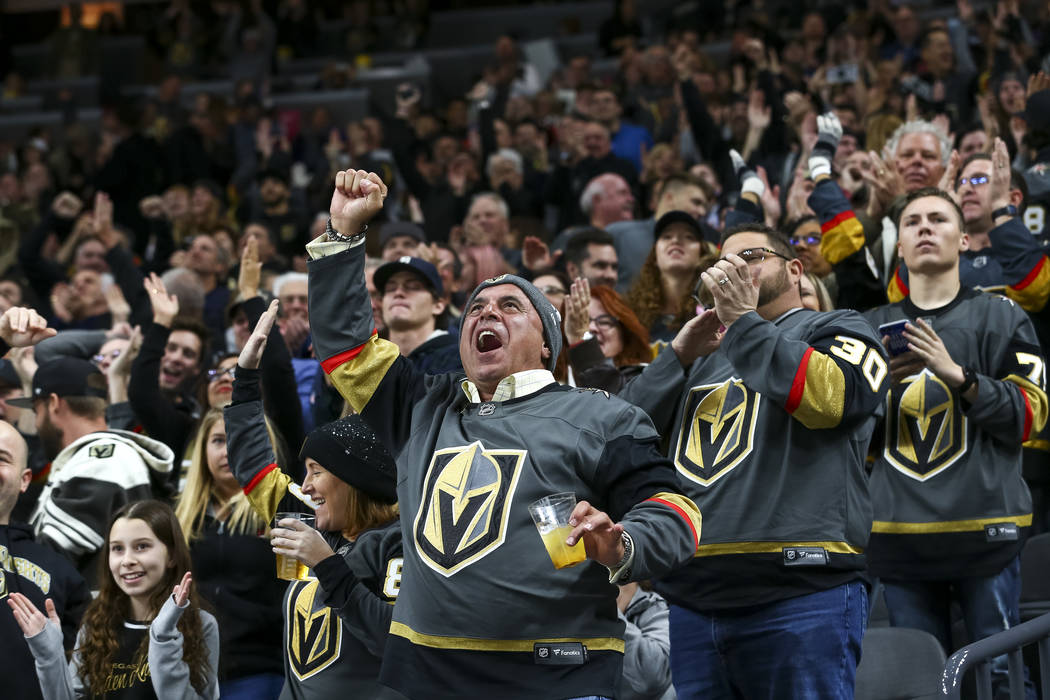 In early December, when the Golden Knights were 17-9-1 and their playoff prospects were still uncertain, William Hill sports book director Nick Bogdanovich uttered a classic quote.

“We get killed if they make the playoffs, and we close if they win the Stanley Cup,” he said.

William Hill won’t close if the Knights shock the world and win the Stanley Cup, but it would lose more than $1 million.

“Obviously, I was being sarcastic,” Bogdanovich said. “But they’re beating our brains out on these guys every night.

The Knights improved their NHL-leading home mark to 18-2-1 with Sunday night’s 2-1 win over the New York Rangers. William Hill avoided a six-figure loss when the Golden Knights failed to add an empty-net goal in the final minutes.

The Knights were minus-220 favorites on the money line, but many bettors took them on the puck line, meaning they had to win by two goals (minus-1½, plus-130).

“We still lost on the money line, but nothing like it would’ve been on the puck line,” Bogdanovich said. “If they cover the goal and a half, we lose six figures on the game. It was the last game on the board and every parlay was rolling into it.”

When the Knights are playing, Bogdanovich said there’s “10 to 15 times” as much action on their game than on any other NHL game on the board, and 90 percent of the wagers are on them.

“I couldn’t have dreamed in a million years we’d get this much money on the NHL,” he said.

Will the Golden Knights win the Stanley Cup? You can bet yes or no on the prop at William Hill, the Westgate and Station Casinos sports books.

Central Florida finished 13-0 after upsetting Auburn in the Peach Bowl as a 10½-point underdog. According to Westgate sports book manager Ed Salmons, UCF would’ve been a 17-point underdog to Alabama in the College Football Playoff national championship and a 13-point underdog to Georgia.