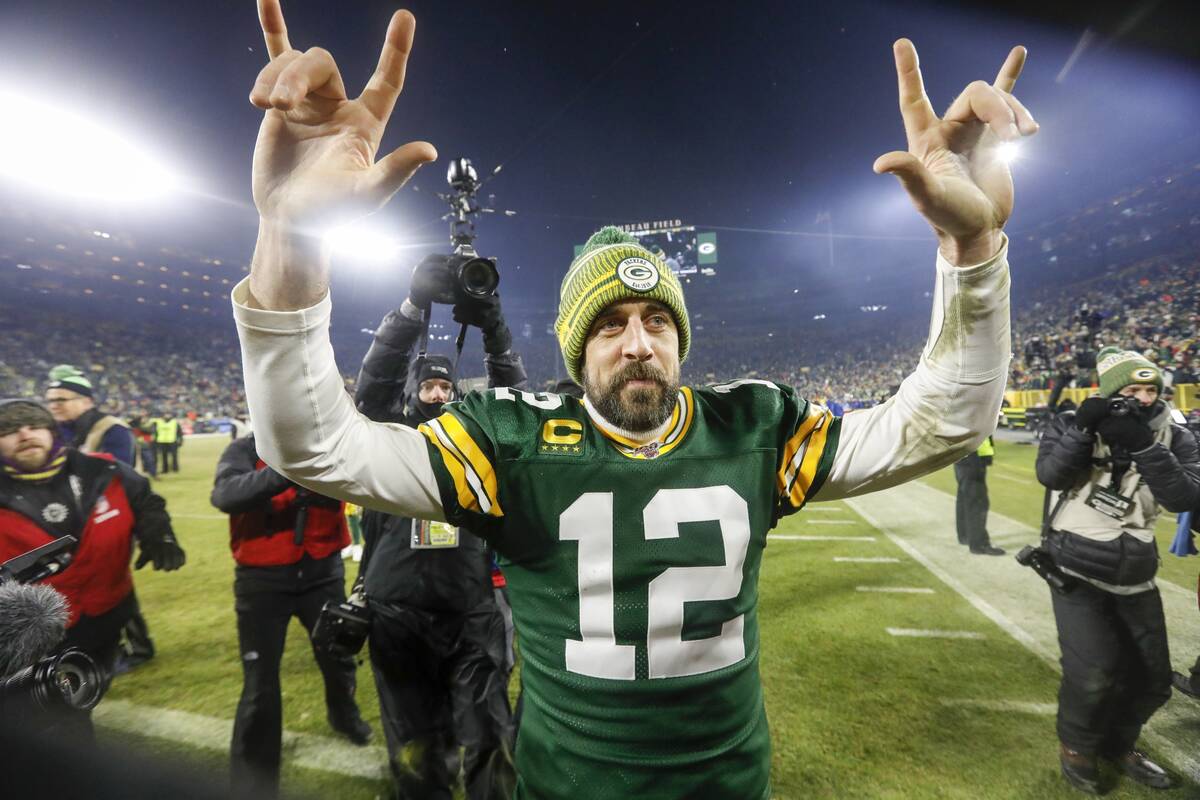 Green Bay Packers' Aaron Rodgers celebrates as he walks off the field after an NFL divisional playoff football game against the Seattle Seahawks Sunday, Jan. 12, 2020, in Green Bay, Wis. The Packers won 28-23 to advance to the NFC Championship. (AP Photo/Mike Roemer) 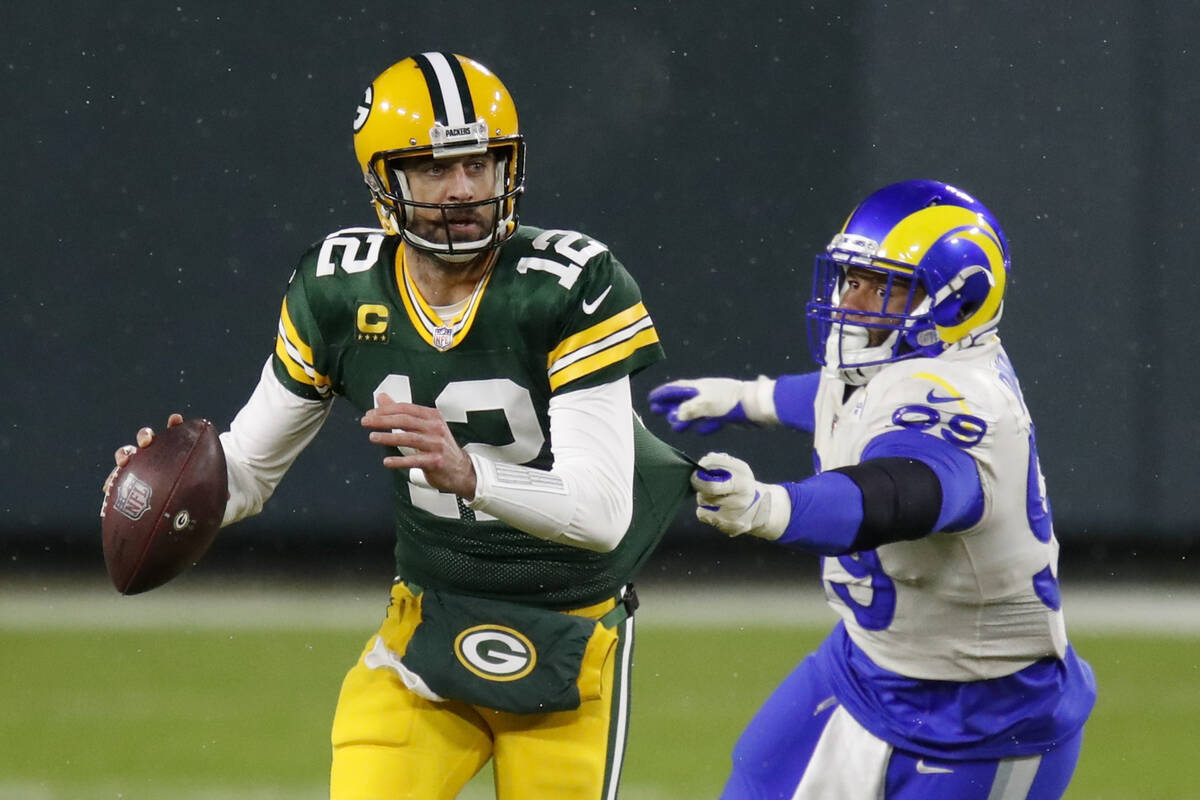 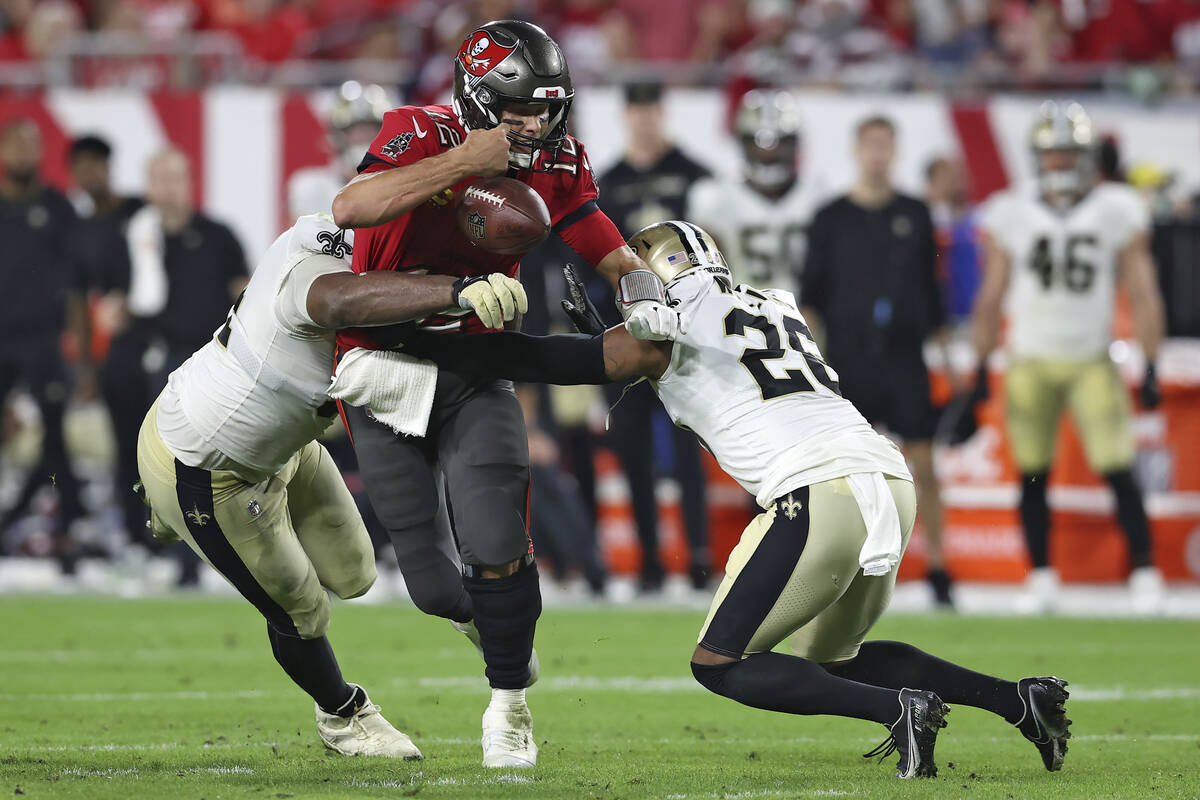 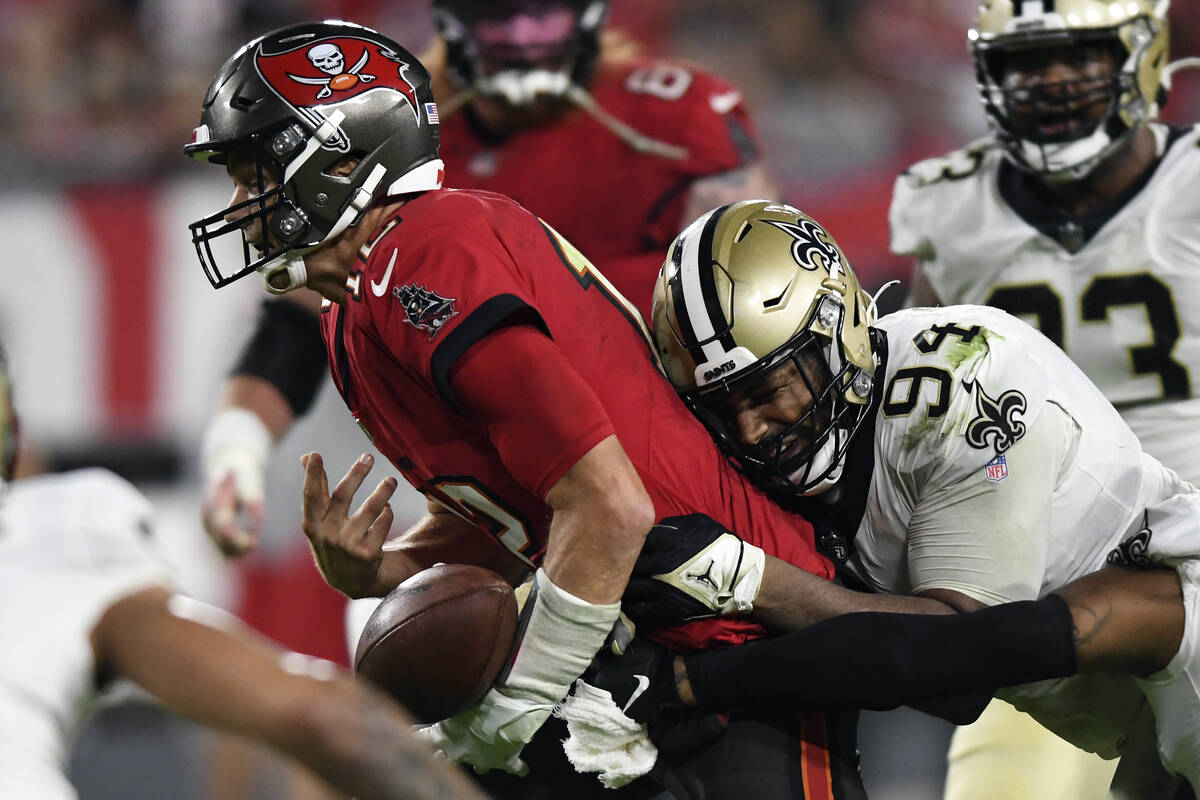 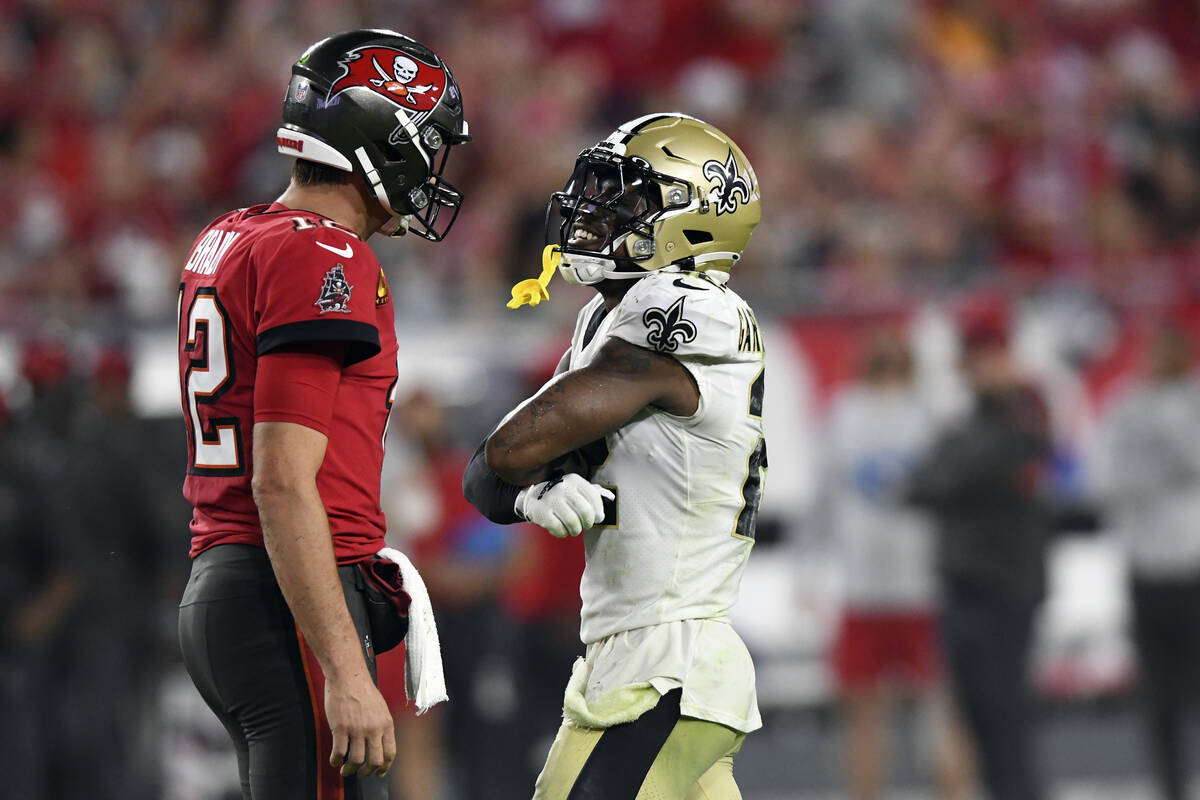 But that changed after Brady was shut out for the third time in his career in Tampa Bay’s 9-0 loss to New Orleans.

Brady remains the +135 favorite at BetMGM after entering Sunday at -175. But reigning league MVP Aaron Rodgers has closed the gap and essentially made it a two-man race.

Brady is the biggest liability at MGM.

“It’s definitely down to Brady and Rodgers, two guys who have been phenomenal for most of the year,” Westgate SuperBook vice president Jay Kornegay said. “Jonathan Taylor is a longer shot. He’s having a great year but his team is nowhere near the level of the Buccaneers and Packers.

“In my eyes, there’s a big gap between Brady and Rodgers, and Mahomes and Taylor.”

“I could see Taylor being a serious darkhorse right now,” Red Rock Resort sportsbook director Chuck Esposito said. “Taylor has literally taken the Colts and put them on his back and he has an outside shot at 2,000 rushing yards this season.”

In Super Bowl odds, Green Bay has supplanted Tampa Bay as the second choice to win the Super Bowl behind Kansas City, the consensus favorite at Las Vegas sportsbooks.

The Packers are the 5-1 second pick at Caesars Sportsbook and 4-1 co-favorites with the Chiefs at Circa Sports.

“For me, one of the teams with the biggest home-field advantage in all of sports, especially pro football, is Green Bay playing in Lambeau Field,” Esposito said. “If you’re looking at the AFC, the toughest place to play is probably in Arrowhead Stadium in Kansas City. So right now the two teams on top in both conferences can make a serious case at having the largest home-field advantage in either conference.”

In Super Bowl LIII in 2019, the Westgate SuperBook was on the hook for almost seven figures on a no touchdown scored prop before the Patriots scored a TD with seven minutes left en route to a 13-3 win over the Rams.