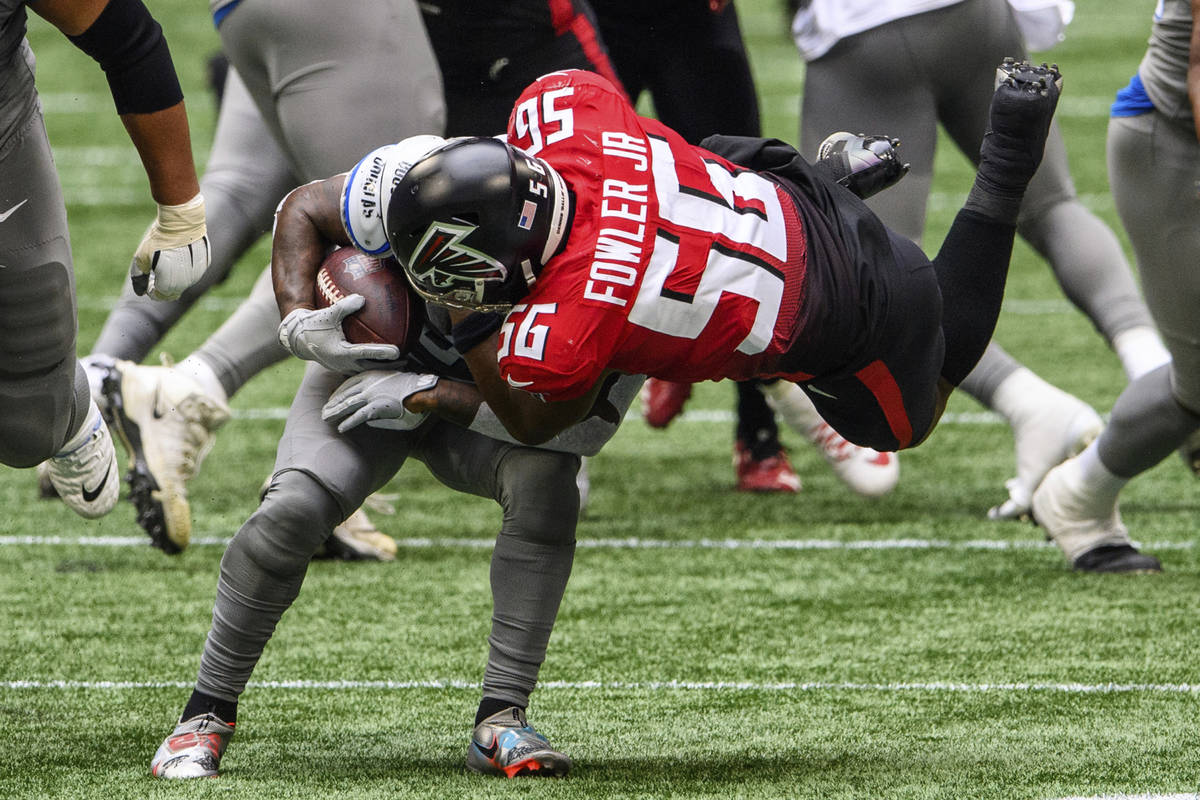 The Atlanta Falcons are 1-6, and they lost at home to the Carolina Panthers 23-16 on Oct. 11. But that hasn’t stopped bettors from taking the Falcons in a rematch with the Panthers on Thursday.

The Falcons are 1½-point underdogs at Carolina after being as high as +3 this week. The total is 52.

“Lots of money for Atlanta,” South Point sportsbook director Chris Andrews said via text message. “Lot of over money, too. But that’s coming back a little.”

The Falcons could easily be 4-3, having suffered last-second defeats to Dallas, Chicago and Detroit. Carolina (3-4) has been competitive under first-year coach Matt Rhule, but the Panthers have lost two straight, including a 27-24 loss Sunday at New Orleans.

Panthers running back Christian McCaffrey will miss his sixth straight game with a high ankle sprain.

Weather could play a factor Thursday with rain and wind in the forecast.