RJ App
Vegas News, Alerts, ePaper
OPEN
Watch the highlights from the Week 15 matchup between the Pittsburgh Steelers and the Cincinnati Bengals. (STN) 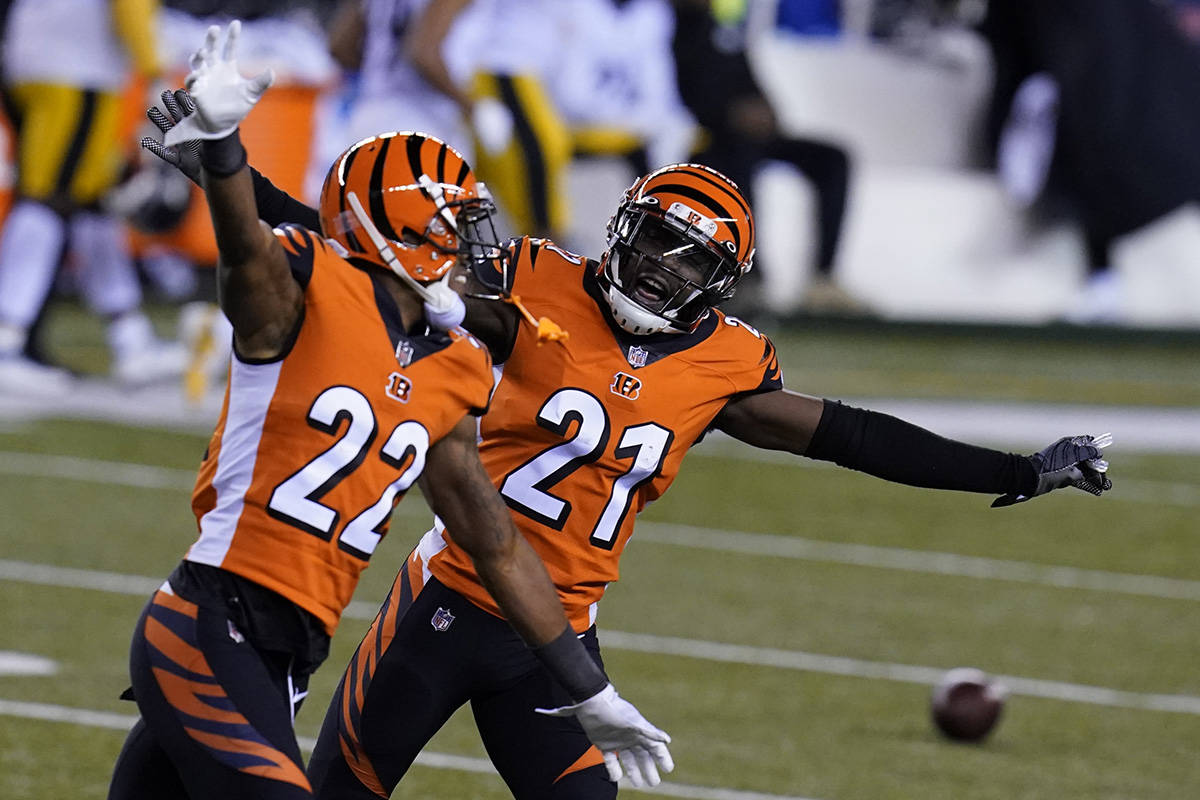 Cincinnati Bengals' Mackensie Alexander (21) and William Jackson (22) celebrate after Pittsburgh Steelers turned the ball over on downs during the second half of an NFL football game, Monday, Dec. 21, 2020, in Cincinnati. (AP Photo/Michael Conroy) 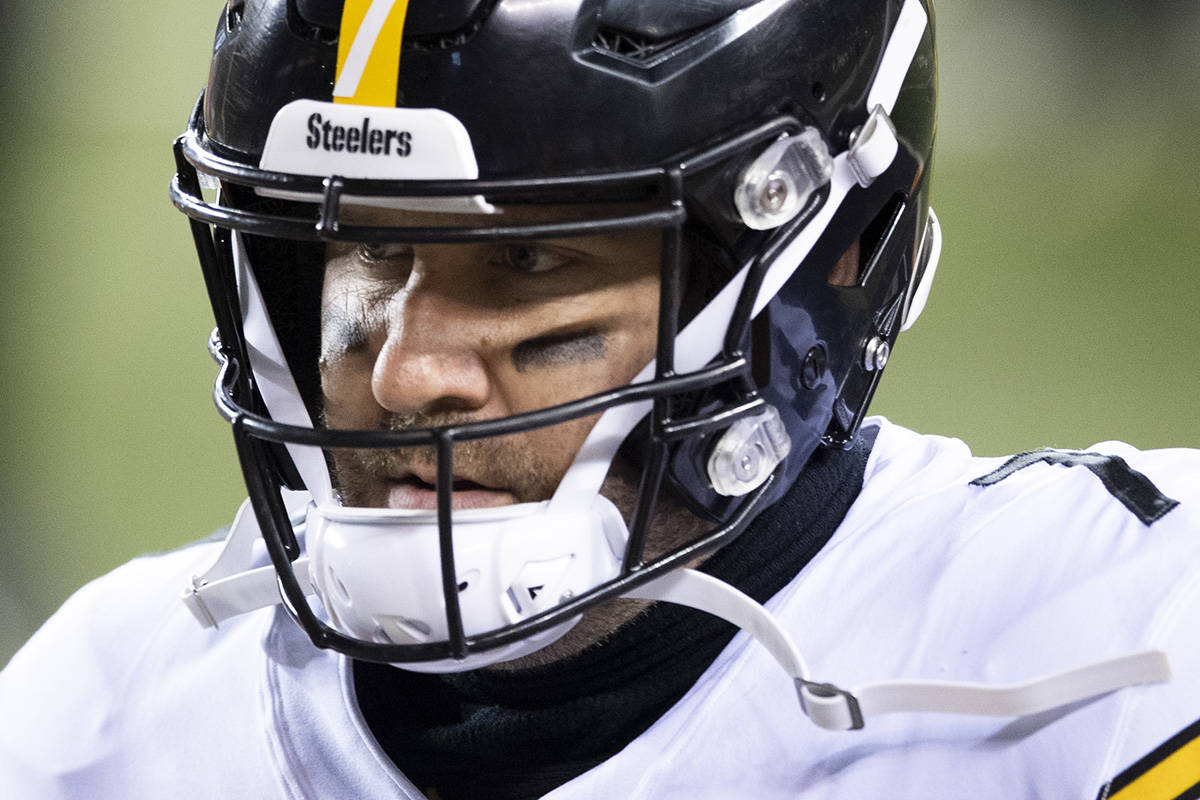 Pittsburgh Steelers quarterback Ben Roethlisberger (7) walks off the field after a 27-17 loss to the Cincinnati Bengals during an NFL football game, Sunday, Dec. 21, 2020, in Cincinnati. (AP Photo/Emilee Chinn) 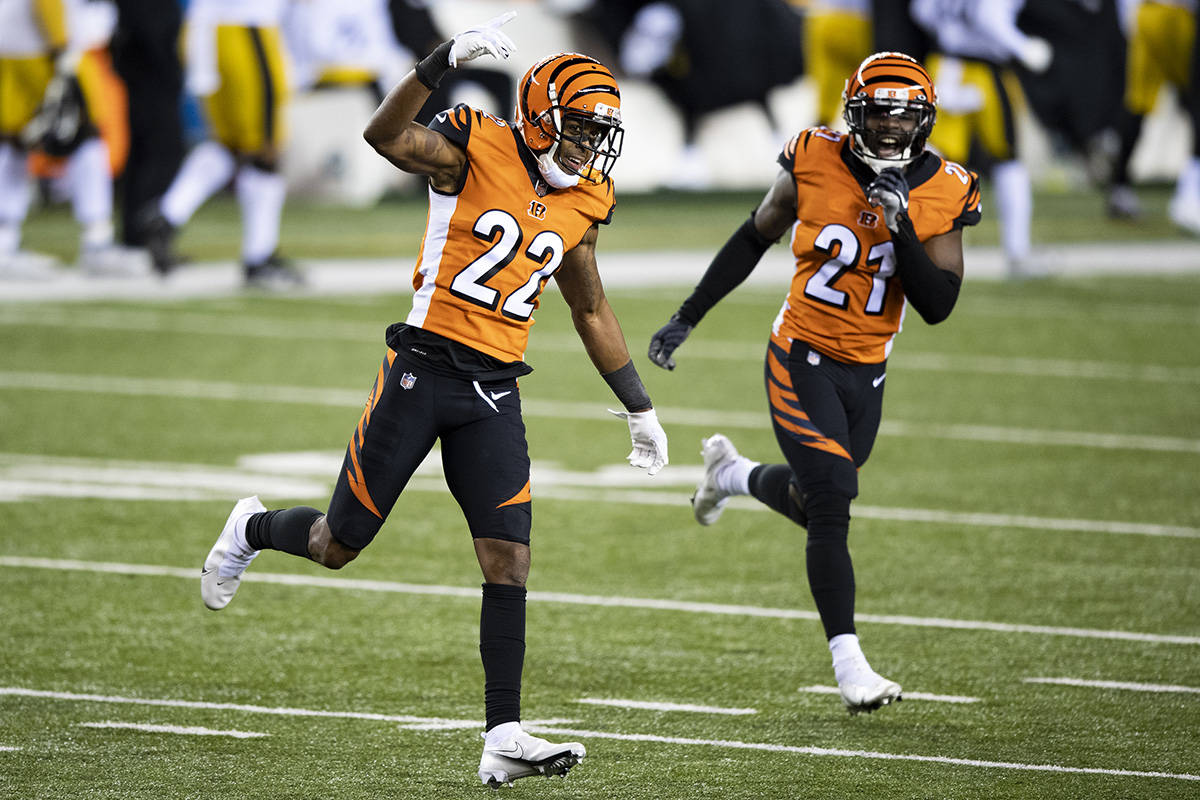 Cincinnati Bengals cornerback William Jackson (22) and cornerback Mackensie Alexander (21) react in the second half during an NFL football game against the Pittsburgh Steelers, Sunday, Dec. 21, 2020, in Cincinnati. (AP Photo/Emilee Chinn)

Another day, another big upset in the NFL.

Cincinnati’s outright win resulted in a seven-figure swing in favor of Las Vegas sportsbooks, which were overflowing with money on Pittsburgh on straight bets, teasers and money line parlays.

“The game was one of our biggest swings of this entire football season,” Westgate sportsbook director John Murray said. “We had a ton of money line parlays from Saturday and Sunday closing with the Steelers. We just assumed we were going to post a bad number today and instead we are big winners.”

The upset resulted in a seven-figure swing in favor of William Hill alone, according to William Hill sportsbook director Nick Bogdanovich.

A day after bettors lost big on the Rams in the second half, gamblers also lost on the Steelers in the second half. Pittsburgh was -10 at halftime, when it trailed Cincinnati 17-0. But it didn’t cover the second-half spread, outscoring the Bengals by seven points.

“I don’t think it was quite as huge as the Rams’ second half was, but it was good for us that the Steelers’ second half lost,” Murray said.

It was the first time since 1973 that two NFL underdogs of 14 points or more won outright in the same week, according to ESPN Stats & Info.