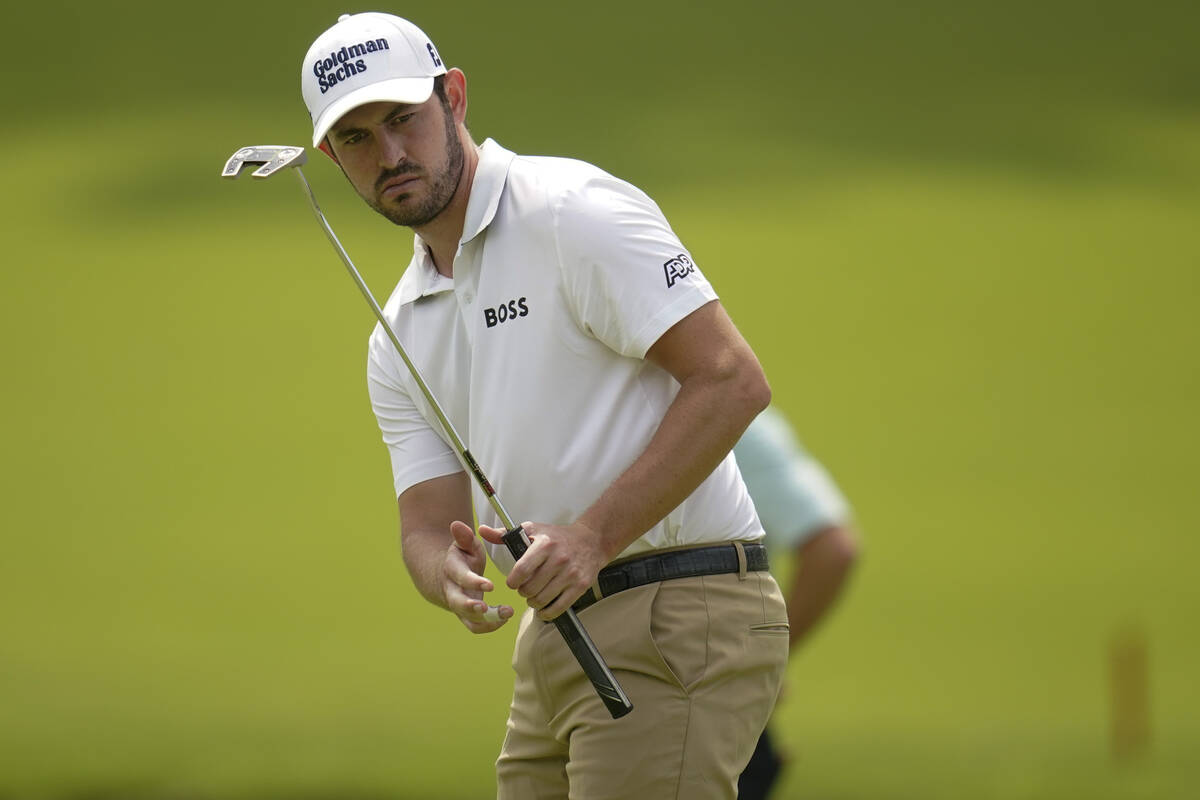 Patrick Cantlay putts on the 13th hole during a practice round for the PGA Championship golf tournament, Tuesday, May 17, 2022, in Tulsa, Okla. (AP Photo/Sue Ogrocki) 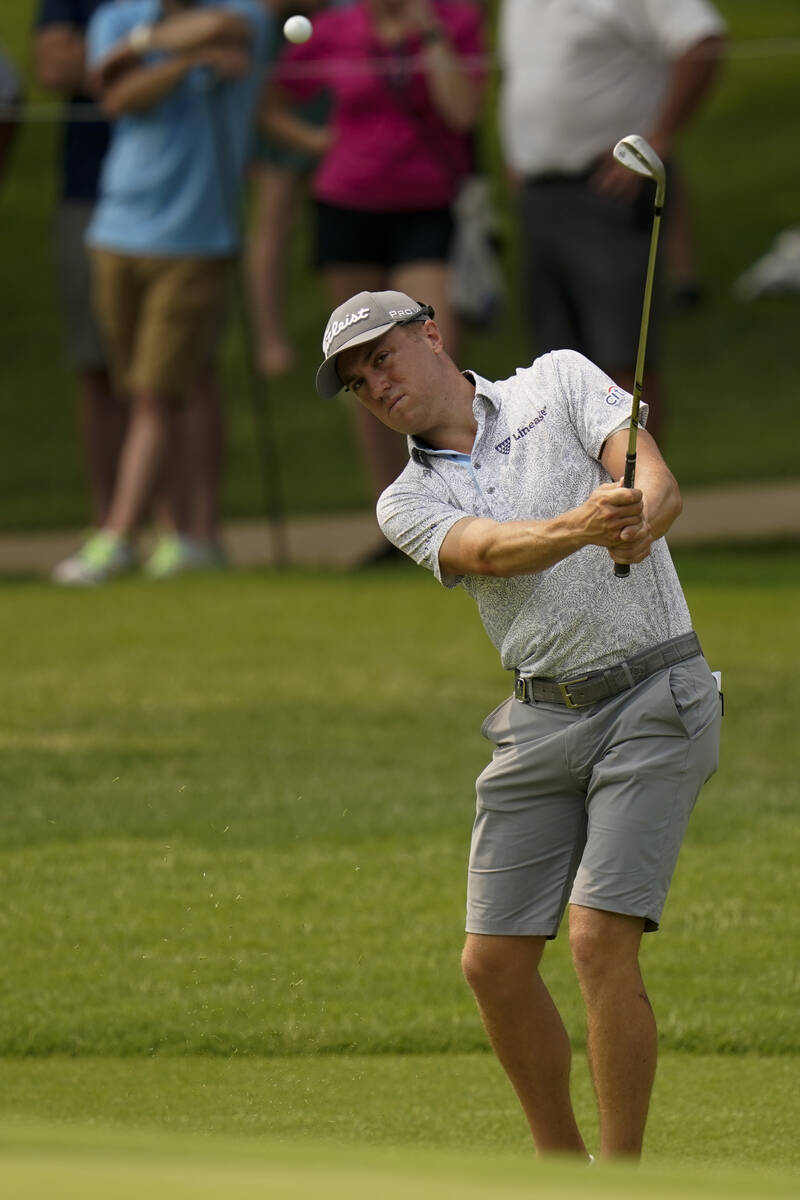 Justin Thomas chips to the green on the seventh hole during a practice round for the PGA Championship golf tournament, Tuesday, May 17, 2022, in Tulsa, Okla. (AP Photo/Eric Gay) 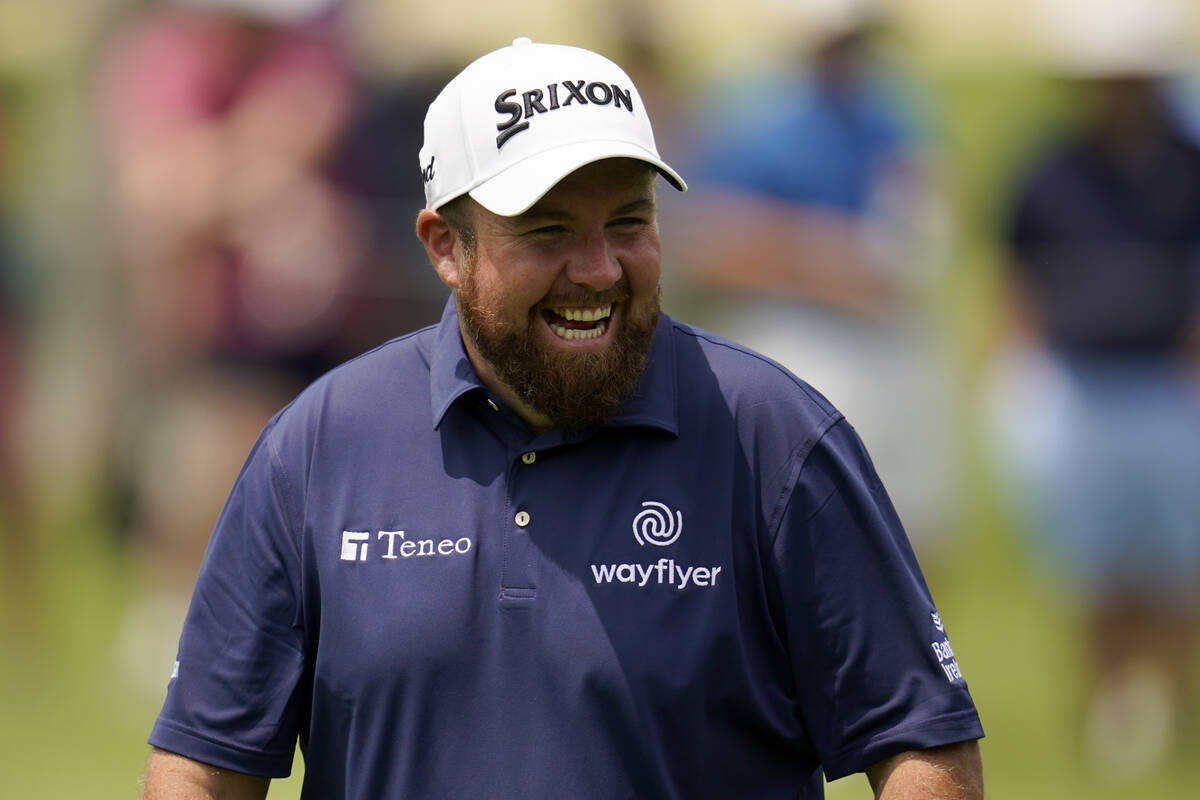 Shane Lowry, of Ireland, smiles on the 14th hole during a practice round for the PGA Championship golf tournament, Tuesday, May 17, 2022, in Tulsa, Okla. (AP Photo/Sue Ogrocki)

Patrick Cantlay is one of the world’s highest-ranked golfers without a major championship.

That might change at the PGA Championship, which starts Thursday at Southern Hills in Tulsa, Oklahoma.

“He has yet to win a major, but 18 of the last 26 major winners have been first-timers,” said Reynolds (@WesReynolds1). “He had a down week by his standards on the bentgrass at Augusta. But he is one of the PGA Tour’s best putters, especially on the bentgrass that he will see again this week.”

Reynolds and Sherman also made Shane Lowry, 37-1 at Circa Sports, one of their best bets.

The Irishman is coming off consecutive third-place finishes at the Masters and the RBC Heritage.

“The thing about this course and this tournament feels like, more than anything, guys that are coming in good form can be the guys you see on the leaderboard Sunday,” Sherman said. “It wouldn’t surprise me if any guys you’ve seen in good form from the Masters to this point can contend well.”

Here are Reynolds’ other best bets:

“Thomas has not been outside of the world’s top 10 since the week before he won his lone major in the 2017 PGA Championship. His irons have returned to his typical elite status. Accuracy off the tee is still the slight chink in his armor, but can be overcome this week on these wide fairways. JT’s game looks like all the pieces are fitting into the puzzle at the right time.”

“Wide fairways where he will not seem to find much trouble off the tee usually plays right into Smith’s hands. The Australian’s elite iron play and his excellent game both on and around the greens should flourish here.”

“Matsuyama has always been known as a shaky putter, but seven of his eight career PGA Tour victories, including at the Masters, have been on bentgrass greens. The 2021 Masters champion ended up finishing 14th in defense of his title, but was second going into the weekend despite not being 100 percent with a nagging neck injury. He took some time off and re-emerged last week with a tie for third at the AT&T Byron Nelson.”

“Can Cameron Young pull off what Keegan Bradley did in 2011 and what Collin Morikawa did in 2020 and win the PGA Championship in his debut? His form says that he certainly can. Young finished tied for third at the RBC Heritage and tied for second in his last event at the Wells Fargo Championship.”

“Speaking of Bradley, he finished runner-up two weeks ago at the Wells Fargo Championship and has four top-10 finishes already this season.”

“Fleetwood’s form has been coming around of late with six top 20s in his last 10 worldwide starts. Like Lowry, Fleetwood is a good player in inclement weather, as he finished runner-up to him at Royal Portrush in the 2019 Open Championship.”