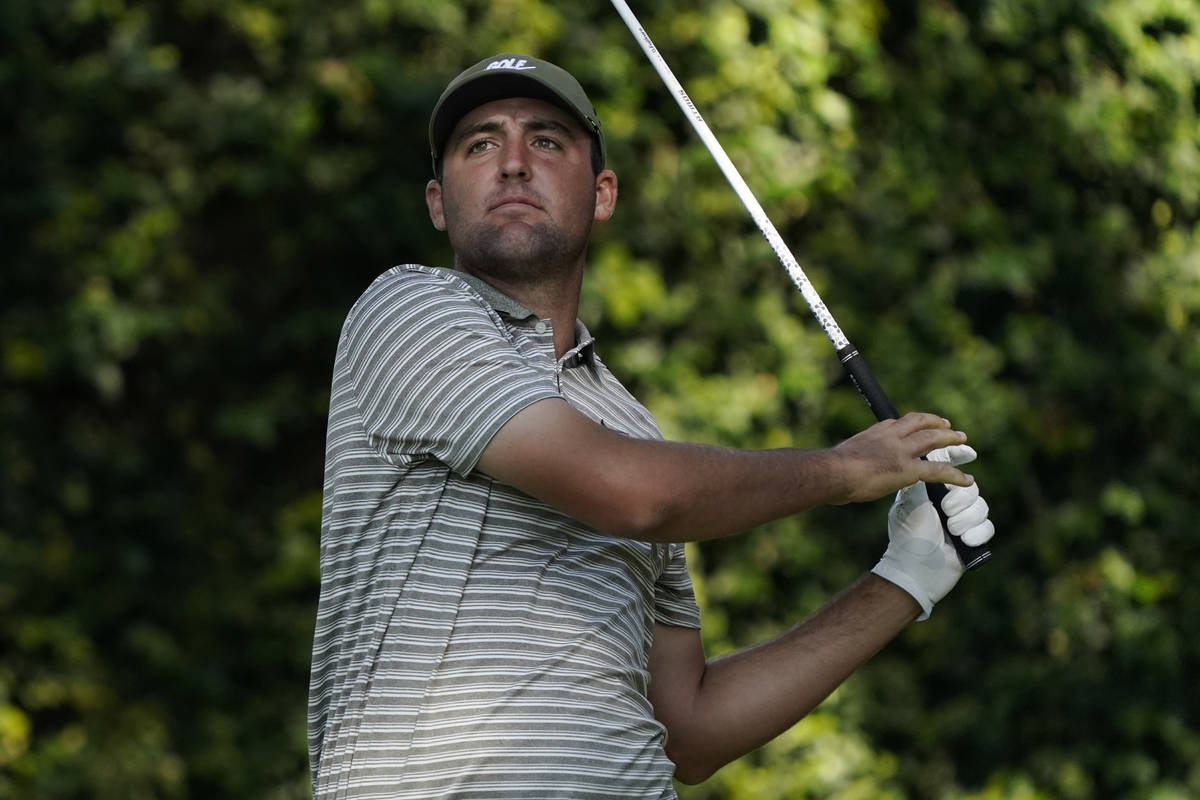 Scottie Scheffler watches his tee shot on the second hole during the third round of the Masters golf tournament Saturday, Nov. 14, 2020, in Augusta, Ga. (AP Photo/Charlie Riedel)

Long known as the “Bob Hope” when the PGA Tour event bore the entertainer’s name from 1965 to 2011, The American Express tees off Thursday at PGA West in La Quinta, California.

Here are this week’s best bets and comments on each from handicapper Wes Reynolds (@WesReynolds1), co-host of VSiN’s “Long Shots” golf betting show:

“Scheffler finished third on his debut here last year. Thus far on the 2020 season, he ranks fifth in total driving and 15th for driving accuracy.”

“The big-hitting bomber Champ, third on the PGA Tour in driving distance, returns to California, which is the site of his last PGA Tour win at the Safeway Open. Champ also had two top 10s in his most recent trips back to his home state at the PGA Championship and Zozo Championship at Sherwood.”

“Burns has progressively good form here at PGA West with an 18th in 2019 and a sixth in 2020. Another bomber who ranks fifth in driving distance, Burns also rates fifth on the PGA Tour for greens in regulation and 15th in birdie average.”

“His overall tee-to-green numbers rate eighth on the PGA Tour, but the putter has held him back of late.”

“Kizzire comes in off a seventh last week at the Sony Open. He has finished 11th or better in three of his last four events and has gained 30 strokes with the flat stick over his last 24 rounds on Bermudagrass greens.”

“NeSmith missed the cut last week at the Sony Open in Honolulu. But there were some good signs, including hitting 86.1 percent of his greens in regulation. He had a nice run of form toward the end of 2020 that included a tie for eighth at the Shriners Hospitals for Children Open in Las Vegas.”

“Last week, Chris Kirk needed a fourth-place finish or better to retain his full PGA Tour status on the last start of his medical extension. He finished tied for second and now keeps full playing privileges.

“Hahn is hoping for the same thing, although he still has a few more starts. He is really just one high-placed finish away from locking up his status and typically does well in West Coast events, especially in California.”