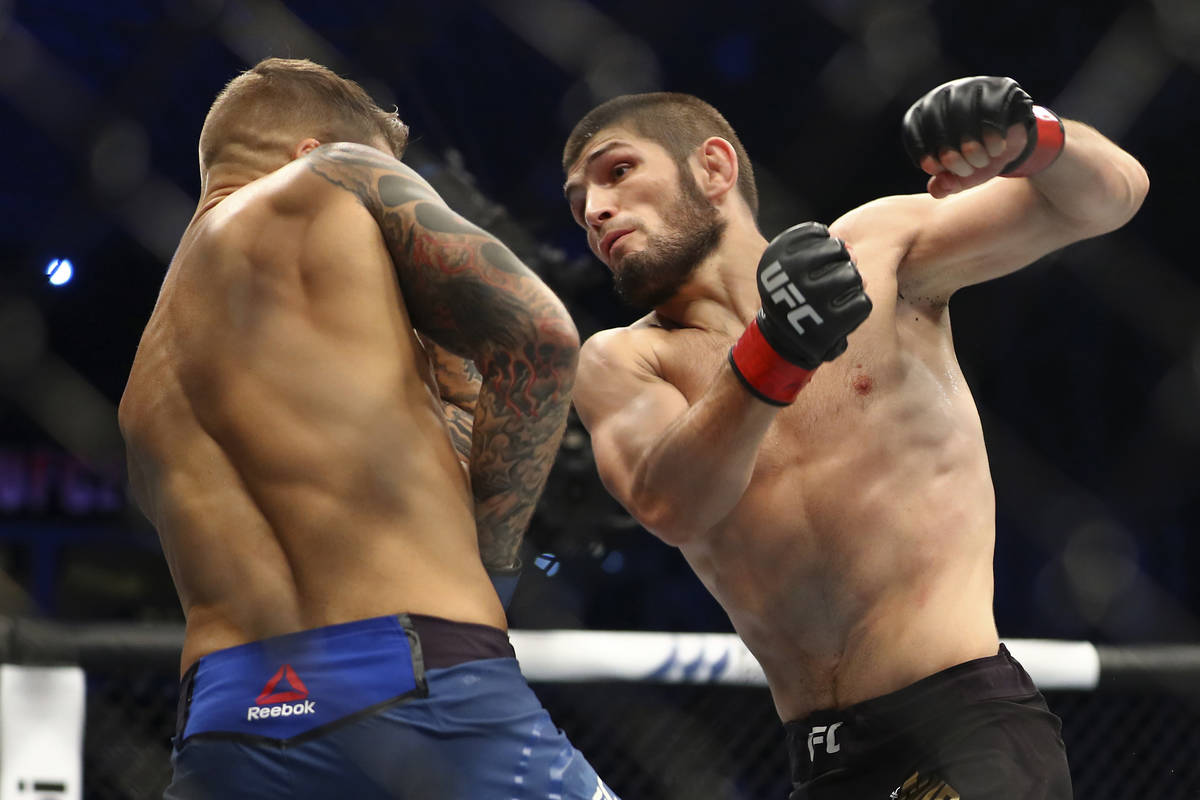 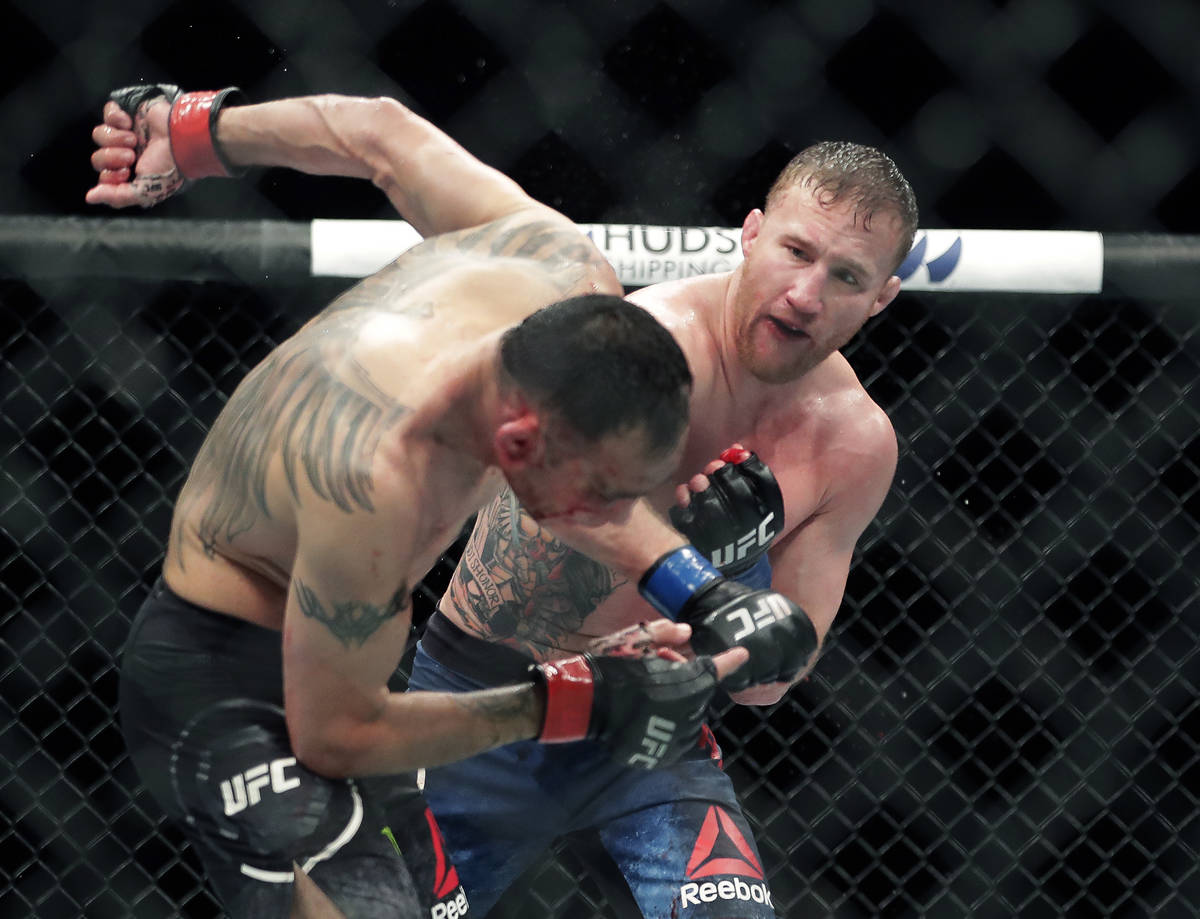 In this May 10, 2020, file photo, Tony Ferguson, left, falls backward after taking a punch from Justin Gaethje during a UFC 249 mixed martial arts boutin Jacksonville, Fla. Khabib Nurmagomedov will risk his unbeaten record and his UFC lightweight title against interim champion Gaethje in the main event of UFC 254 in Abu Dhabi on Saturday, Oct. 24, 2020. (AP Photo/John Raoux, File)

Bettors need to remember to set their alarms for Saturday’s UFC 254.

The card, held at Fight Island in Abu Dhabi, United Arab Emirates, begins at 8 a.m. Pacific time, with the main card set to start at 11.

The early time is to accommodate the massive international fan base for undefeated lightweight champion Khabib Nurmagomedov of Russia, who takes on Justin Gaethje in the main event.

Handicapper Lou Finocchiaro (@GambLou) has targeted four matches, including one on the preliminary card he calls a “beatdown for breakfast.”

Nurmagomedov inside the distance -133

Gaethje comes off a dominant fifth-round knockout of Tony Ferguson, who had been pointed toward Nurmagomedov. Now Gaethje gets that shot.

“His motto is kill or be killed. That’s how he fights,” Finocchiaro said of Gaethje. “But Ferguson is nowhere near the structure of fighter of Nurmagomedov.”

Gaethje will try to keep the match on the feet, as Nurmagomedov has a “dynamic wrestling advantage,” Finocchiaro said.

“It will be two rounds of cat and mouse, then somebody’s going to get tired,” he said. “Traditionally, that’s Gaethje.”

Finocchiaro said he expects Nurmagomedov to wear down Gaethje and win by submission in the fourth or fifth round.

The price on Nurmagomedov has climbed to -335, so Finocchiaro is betting on him to win inside the distance (-133 at Circa Sports on Friday).

Former middleweight champion and current No. 1 contender Robert Whittaker has been in a lot of brutal fights, and that will catch up to him in the co-main event against No. 2 contender Jared Cannonier, Finocchiaro said.

“Whittaker has a vast experience advantage and has been in with better competition,” Finocchiaro said. “But he’s been in with such killers that even at 29, I believe his best days are behind him.”

Whittaker defeated Yoel Romero for the title in 2017, then won a rematch, but Whittaker lost the title by second-round KO to Israel Adesanya last year.

Fincchiaro said Cannonier, 36, has found his right weight class after gradually moving down from heavyweight.

“He has tremendous quickness, explosion and speed, and that’s the best recipe to beat Whittaker, whose best skills have waned,” Finocchiaro said.

Alex Oliveira opened as high as -175 against Shavkat Rakhmonov in their welterweight bout on the preliminary card, but the line has crashed.

Oliveira is a strong standup fighter, but his “kryptonite is a world-class grappler, which Rakhmonov is,” Finocchiaro said.

“He’s going to rub (Oliveira) all over the floor,” Finocchiaro said.

Also on the preliminary card, Casey Kenney has a wrestling edge on Nathaniel Wood and should be able to get him on the floor in their catchweight bout, Finocchiaro said.

“This is a real good spot for Kenney,” he said. “It will be a beatdown for breakfast.”