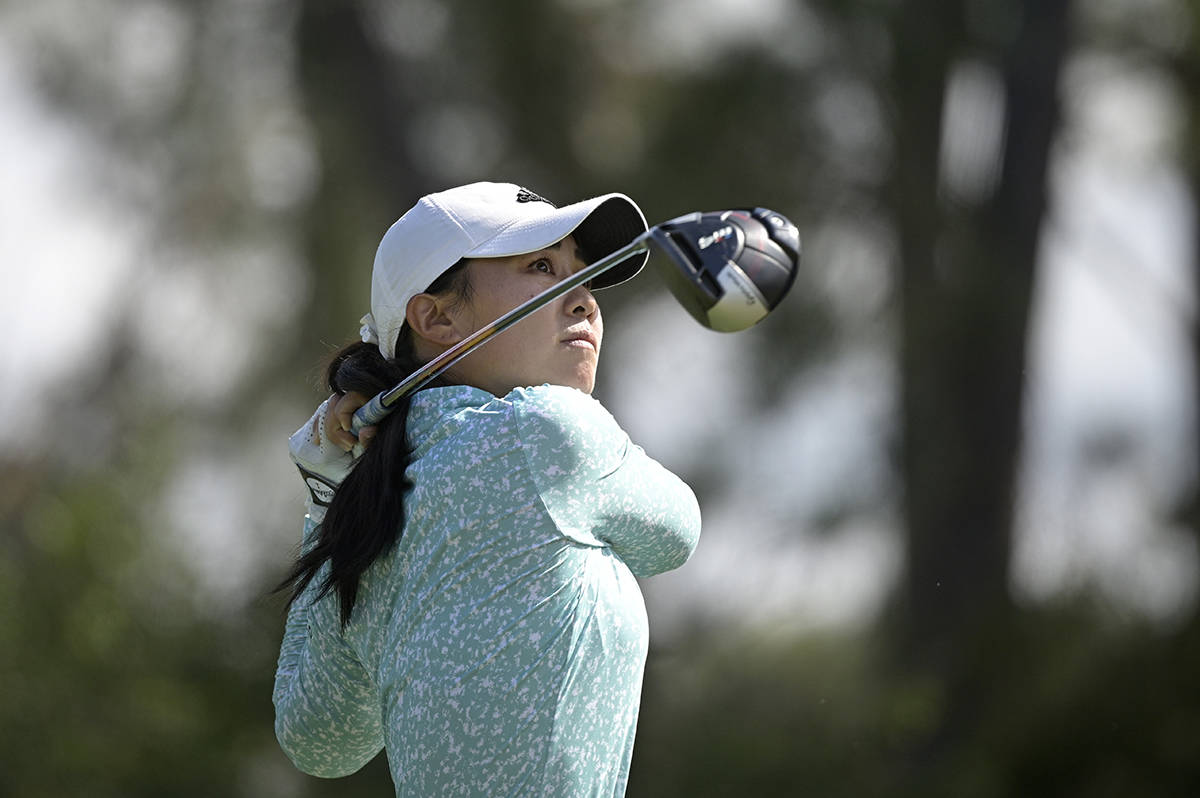 Danielle Kang watches after hitting her tee shot on the seventh hole during the final round of the Tournament of Champions LPGA golf tournament, Sunday, Jan. 24, 2021, in Lake Buena Vista, Fla. MGM Resorts International’s sports betting platform has been named the first official betting operator of the Ladies Professional Golf Association Tour. Through its partnership with its parent company, BetMGM also has access to existing sponsor relationships with several LPGA Tour members, including Kang. (AP Photo/Phelan M. Ebenhack)

MGM Resorts International’s sports betting platform has been named the first official betting operator of the Ladies Professional Golf Association Tour, just two weeks before the LPGA is set to kick off a tournament in Las Vegas.

The multiyear agreement will allow BetMGM to feature LPGA odds in its betting menu, alongside the PGA Tour, European Tour and other global leagues and sporting events, according to a Wednesday news release. BetMGM also gains the rights to use the “Official Tour Partner” logo in advertising and promotions.

“We look forward to working with the LPGA and engaging with its fanbase through our market-leading products,” BetMGM Chief Revenue Officer Matt Prevost said in the release.

Through its partnership with its parent company, BetMGM also has access to existing sponsor relationships with several LPGA Tour members, including Natalie Gulbis, Danielle Kang, Cristie Kerr, Alison Lee, Anna Nordqvist and Michelle Wie West, according to the release.

Brian Carroll, senior vice president of global media distribution for the LPGA, said the organization looks forward to providing more ways fans can interact with the LPGA and learn about its athletes.

“Sports betting and digital gaming are key elements of the future of sports, and BetMGM is on the forefront of both opportunities,” he said in the statement.

Earlier this year, MGM Resorts partnered with the LPGA Tour’s first match-play event since 2017, the LPGA Tour for the Bank of Hope LPGA Match-Play Hosted by Shadow Creek. The tournament will be held May 26-30, with 64 players competing for a $1.5 million purse. Spectators are not allowed.

“MGM Resorts’ commitment to golf is unparalleled and is further strengthened by our new partnership with the LPGA Tour,” Lance Evans, MGM Resorts’ senior vice president for sports and sponsorships, said in the release. “In collaboration with BetMGM, we look forward to creating engaging content and experiences for sports fans and our guests.”