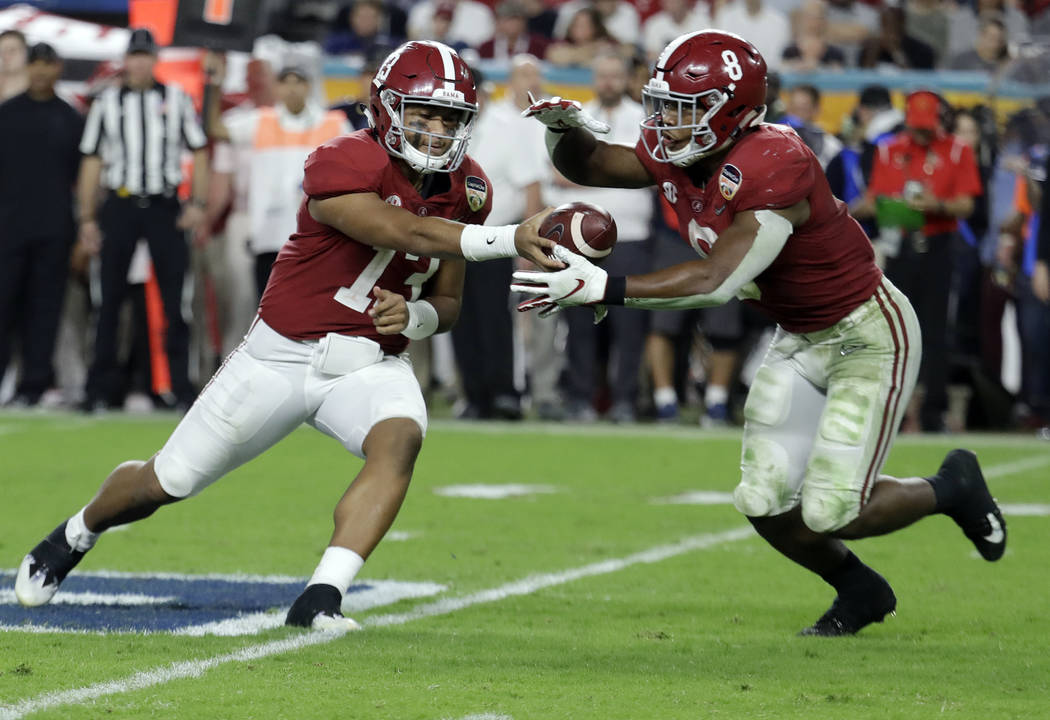 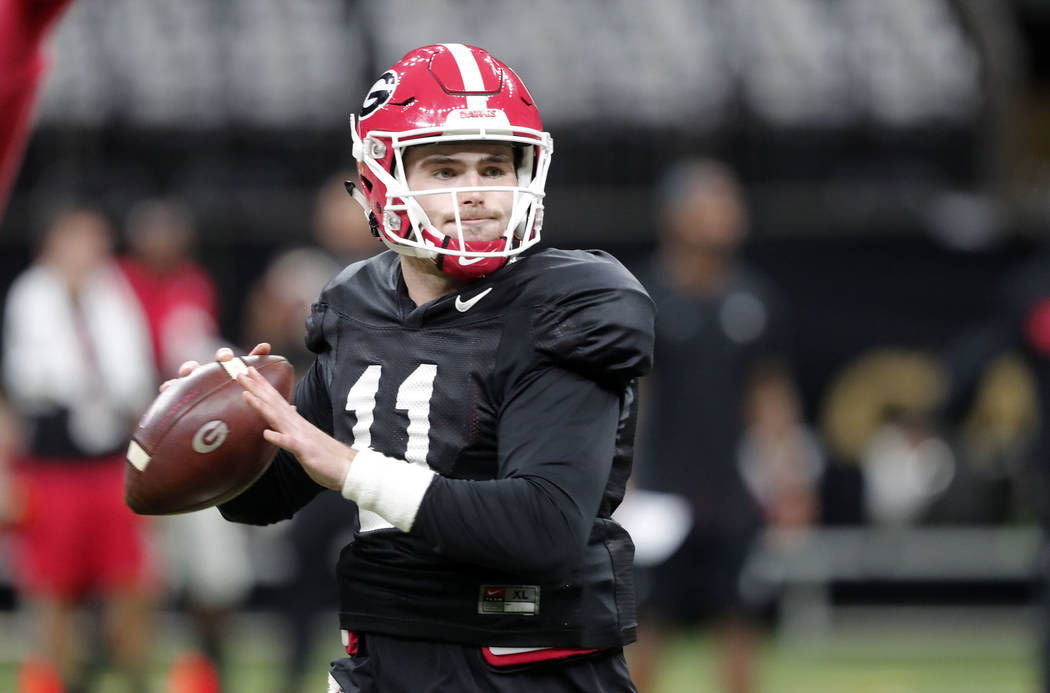 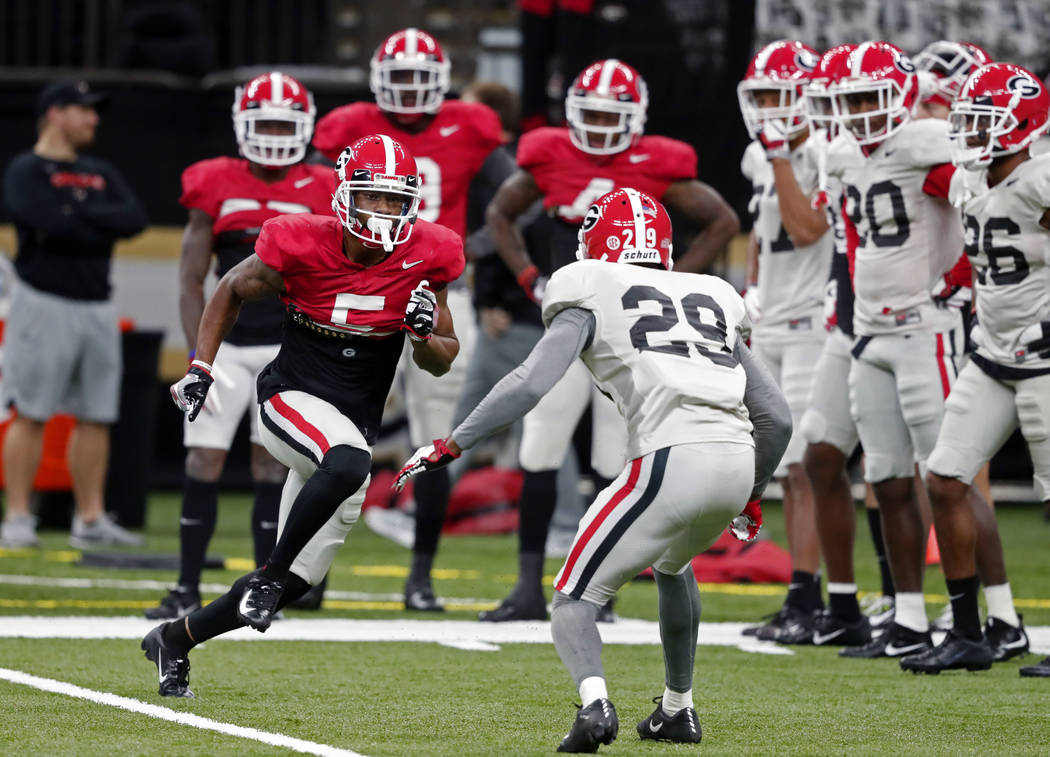 Georgia will definitely be on the mind of at least one high roller in Las Vegas on New Year’s Day.

An MGM Resorts sports book bettor has a total of $755,000 to win $311,000 riding on the Bulldogs to beat Texas in Tuesday’s Sugar Bowl to cash two money-line parlays.

The Bulldogs are 12½-point favorites over the Longhorns and the gambler has Georgia at minus 550 on the ML, which takes the points out of the equation.

The same bettor won a $525,000 ML wager to win $95,000 on Alabama when the Crimson Tide beat Oklahoma 45-34 in Saturday’s College Football Playoff semifinal.

The public was all over Notre Dame over Clemson in the other CFP semifinal. The Tigers were as high as 13-point favorites over the Irish before heavy action on the underdog caused the line to drop to 10.

Clemson crushed Notre Dame 30-3 in what was close to a $1 million win for the MGM alone, according to The Mirage sports book director Jeff Stoneback.

“That Notre Dame game is probably the largest win we’ve had in a college football game,” Stoneback said. “We had quite a few five-figure bets and a couple six-figure bets on Notre Dame. Even when we went to 10, we were getting some large wagers on Notre Dame.”

The MGM and other books gave back a large chunk of their winnings on the Irish when Amanda Nunes upset Cris “Cyborg” Justino with a first-round knockout at UFC 232 on Saturday night at The Forum in Inglewood, California.

“I guess you could call it the Notre Dame effect on that one,” Stoneback said. “The public was all over Nunes.”

“They like betting the ’dogs in the UFC,” Caesars Entertainment sports book director Bill Sattler said.

The total on Alabama-Oklahoma sat at 77½ for a week before climbing to 79 on Friday and soaring to 81 on Saturday. The total landed on 79 as bettors on both sides of the number cashed tickets.

Kyler Murray scored on an 8-yard TD run with 4:23 to make it 45-34 and middle the total while giving Sooners backers a backdoor cover as 14½-point underdogs. But all bettors on the game had to sweat out the final seconds.

The Crimson Tide could’ve run out the clock on first and 10 at the Oklahoma 25 with 1:15 left. But Alabama ran the ball instead, and Josh Jacobs broke loose for 19 yards before he was finally brought down at the 6. The Tide then twice took a knee to run out the clock as all Oklahoma bettors and many under bettors rejoiced.

Venerable South Point oddsmaker Jimmy Vaccaro noted on Twitter the fine line between winning and losing at sports betting: “If bama scores we would have paid ala and over (,) when stopped at the 6 we paid okey and under that is how close this racket is.”

The Westgate SuperContest consensus top five picks went 4-1 ATS in Week 17, with winners on the Colts, Browns, Bills and Eagles and a loser on the Vikings, to finish the season with a 45-40 record.

The SuperContest Gold also went 4-1, with winners on the Bills, Browns, Colts and Chiefs and a loser on the Vikings, to finish with a 48-33-5 mark (59 percent).

Starting Monday, Matt Perrault will host Pushing the Odds, a live sports betting show from Las Vegas, from 9 to 10 a.m. daily on KBAD-AM (920).