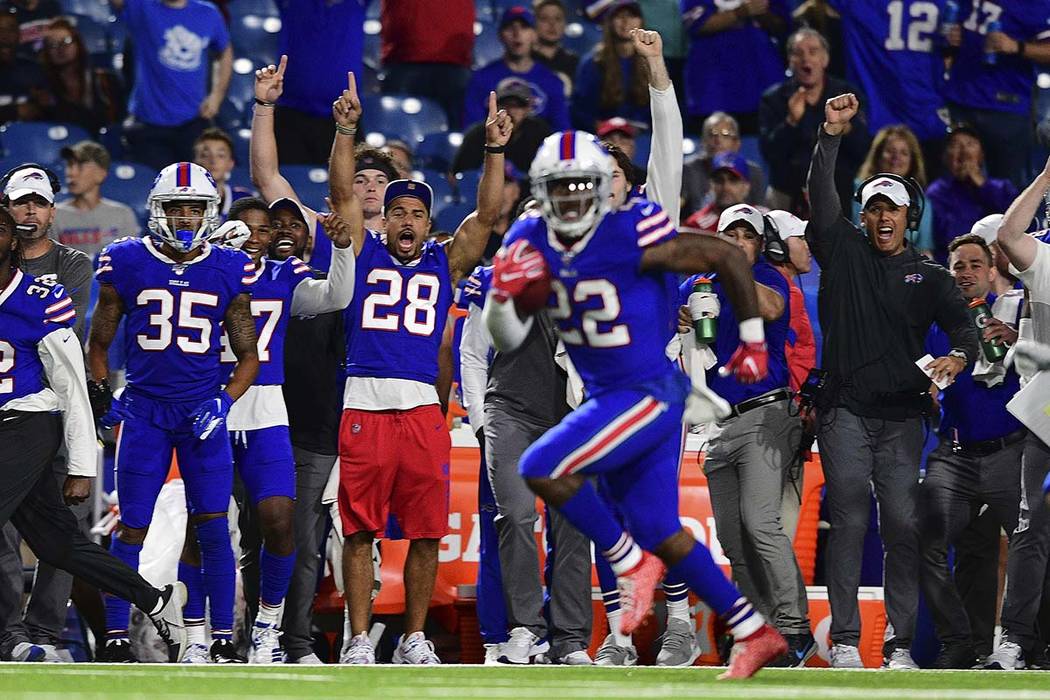 Buffalo Bills running back Marcus Murphy (22) heads for the end zone for a touchdown during the second half of an NFL preseason football game against the Minnesota Vikings in Orchard Park, N.Y., Thursday, Aug. 29, 2019. The Bills won 27-23. (AP Photo/David Dermer) 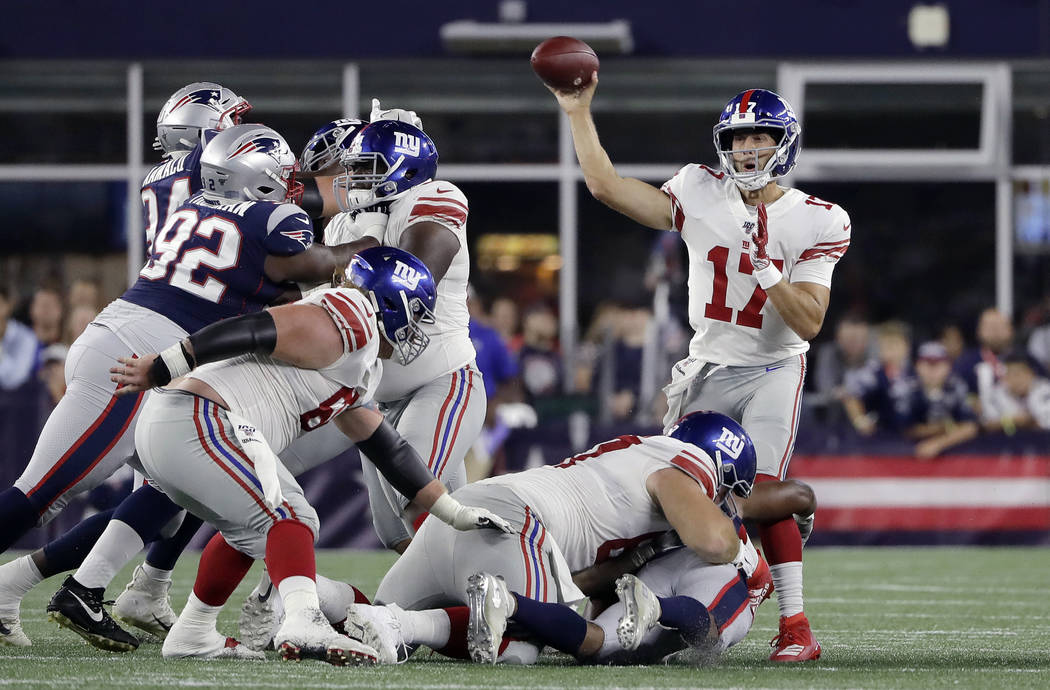 Buffalo and New York rallied for a pair of miracle covers to cash the parlay.

The Bills, 3-point underdogs to the Vikings, scored three touchdowns in the final 3:53 en route to a 27-23 victory over Minnesota. Buffalo recovered its own fumble in the end zone by quarterback Tyree Jackson to start the comeback. Marcus Murphy then scored on a 79-yard punt return before Jackson threw an 8-yard TD pass to David Sills with eight seconds left.

The Giants, 3-point underdogs to the Patriots, outscored New England 21-0 in the second half to erase a 29-10 halftime deficit in a 31-29 win. Kyle Lauletta threw a 14-yard TD pass to Alonzo Russell on the final play of the game.

Northwestern bettors received a rude welcome back to college football on Saturday, when they suffered what is the early candidate for bad beat of the year in a 17-7 loss to Stanford.

The Wildcats, 6-point underdogs, were trailing 10-7 with 30 seconds left and en route to an apparent cover when they took over at their own 22. But then disaster struck for their backers. Northwestern quarterback Hunter Johnson was forced out of the pocket and fumbled when he was hit at his own 6. The ball bounced into the end zone and was recovered by Stanford for a touchdown, giving Cardinal bettors an unlikely cover and Wildcats bettors a brutal bad beat.

The finish resulted in a six-figure swing in favor of MGM Resorts sportsbook, which took sharp action on the underdog.

“We had a lot of money on Northwestern,” The Mirage sportsbook director Jeff Stoneback said. “They say those type of things even out. But it never seems to even out whether you’re on this side of the counter or the other side of the counter.”

Station Casinos and CG Technology sportsbooks are each offering signup bonuses of up to $100 for new mobile app accounts.

CG Technology is offering a dollar-for-dollar match up to $100 on an initial deposit. The promotion runs until Oct. 15 at its seven locations: The Cosmopolitan of Las Vegas, The Venetian, Palazzo, Palms, Tropicana, Hard Rock Hotel and Silverton. 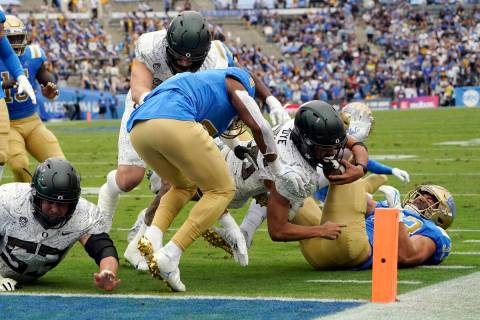 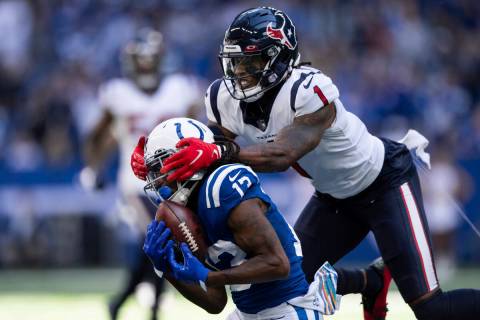