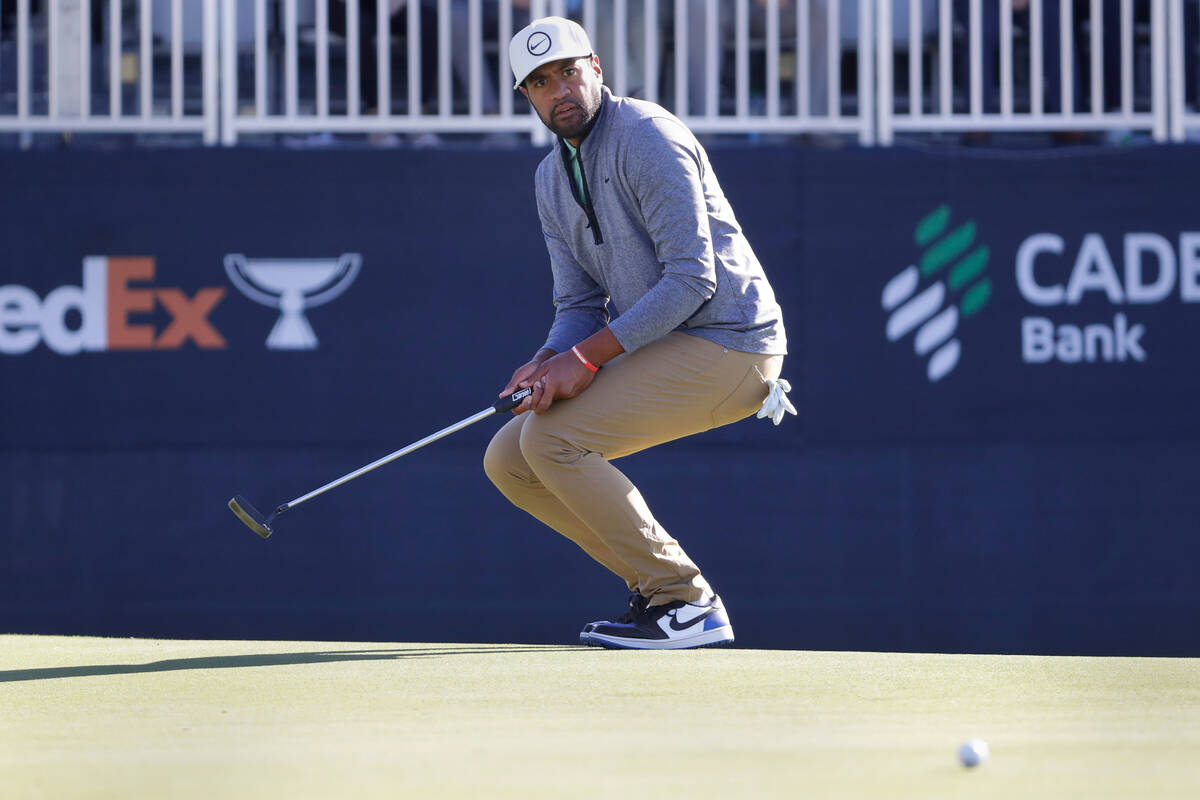 Tony Finau reacts as his putts just misses the cup on the 18th green during the final round of the Houston Open golf tournament Sunday, Nov. 13, 2022, in Houston. (AP Photo/Michael Wyke)

The gambler, who placed the wager in Indiana, parlayed Tony Finau to win the PGA Tour’s Houston Open at 4-1 odds, with Tommy Fleetwood to win the DP World Tour’s Nedbank Golf Challenge at 11-1 and Nelly Korda to win the LPGA Tour’s Pelican Women’s Championship at 12-1.

The parlay paid off at 779-1 odds Sunday when all three won.

Finau cruised to a four-stroke victory in his third win of the year by at least three shots. But the bettor had to sweat out one-stroke wins by Fleetwood and Korda.

Fleetwood overcame a three-stroke deficit heading into the final round by firing a 67 with the help of some good luck. His approach shot on No. 1 bounced off the stands behind the green to within 10 feet of the pin.

The Englishman, who almost withdrew from the event before it started with a stomach ailment, holed a bunker shot for an eagle on No. 14 to tie for the lead. He won when co-leader Ryan Fox made his only bogey of the round on No. 18.

Korda overcame a two-stroke deficit entering the final round by shooting a 6-under 64 to edge Lexi Thompson. Korda was hospitalized this year with a blood clot that required surgery and sidelined her for four months. She was tied for the lead with Thompson through 15 holes before firing birdies on Nos. 16 and 17 to take a two-shot lead.

Korda bogeyed 18 but held on for the win when Thompson’s chip-in birdie attempt stopped two feet short of the cup.