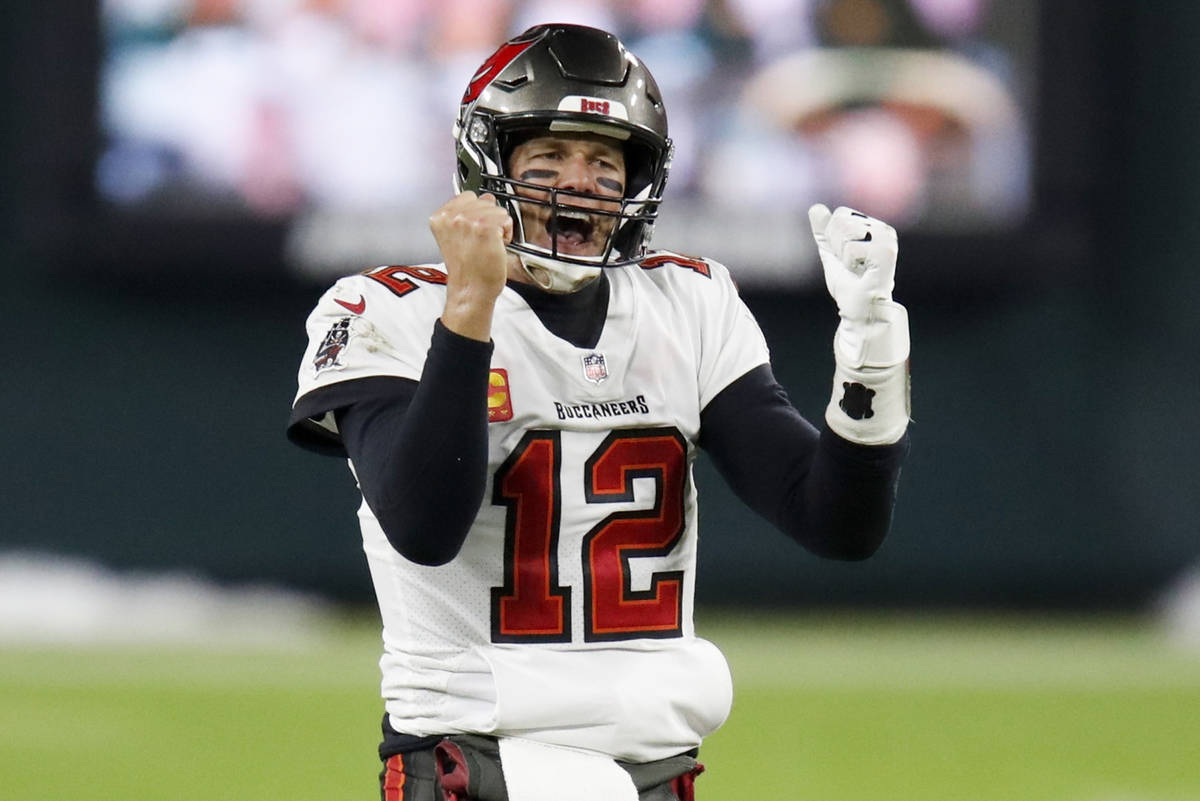 FILE - In this Sunday, Jan. 24, 2021, file photo, Tampa Bay Buccaneers quarterback Tom Brady reacts after winning the NFC championship NFL football game against the Green Bay Packers in Green Bay, Wis. The Super Bowl matchup features the most accomplished quarterback ever to play the game who is still thriving at age 43 in Brady against the young gun who is rewriting record books at age 25. (AP Photo/Matt Ludtke, File) 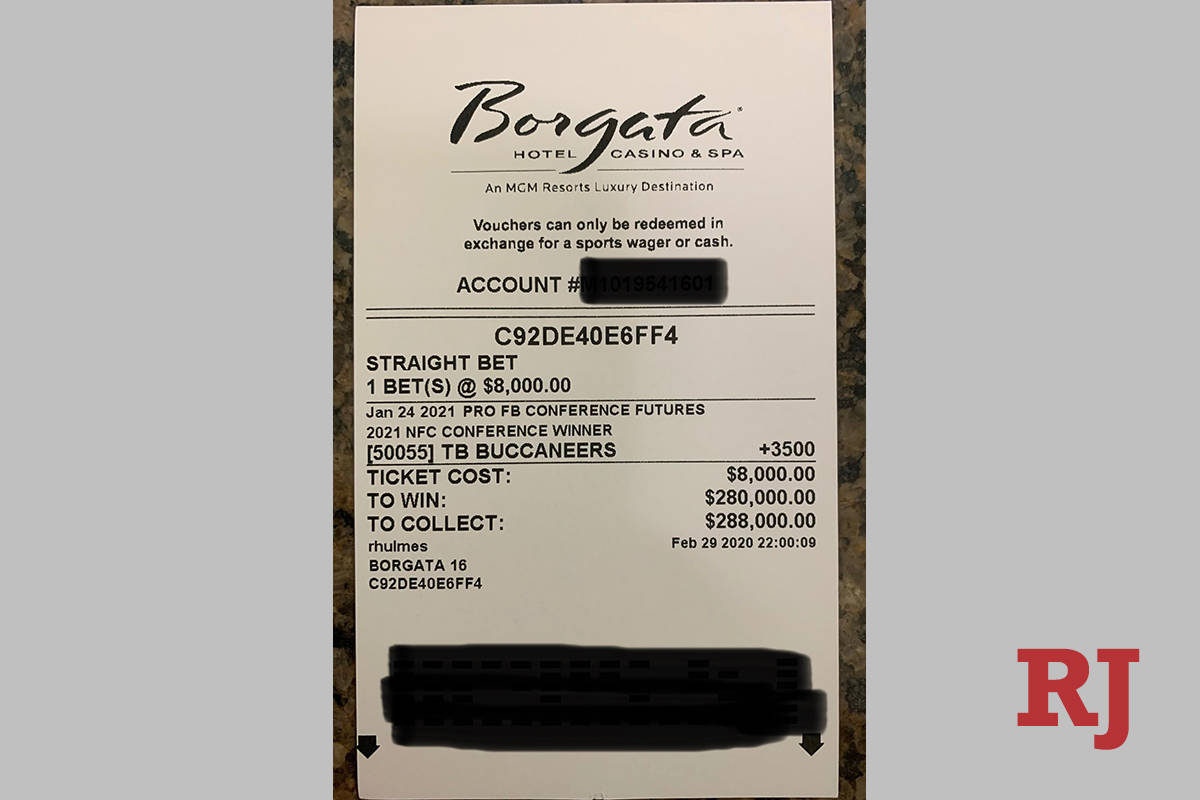 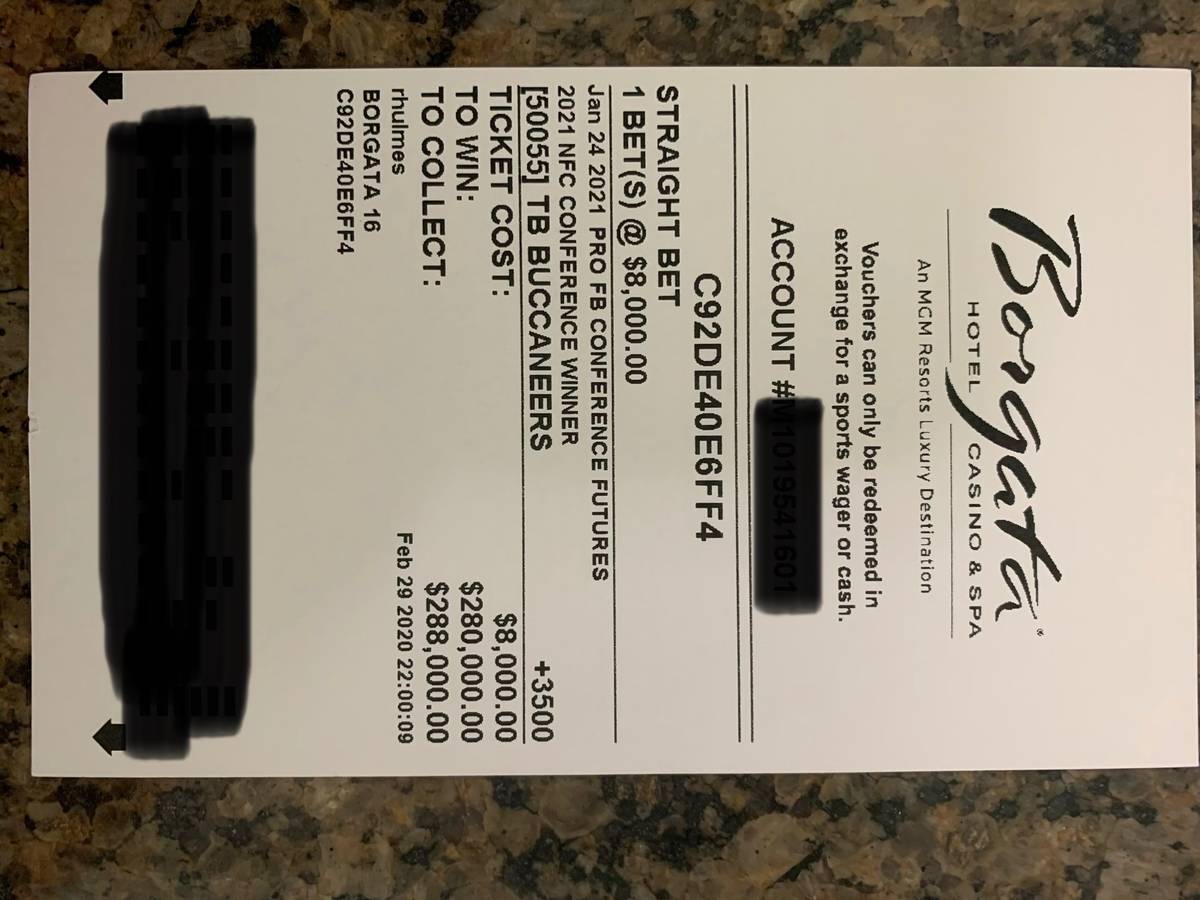 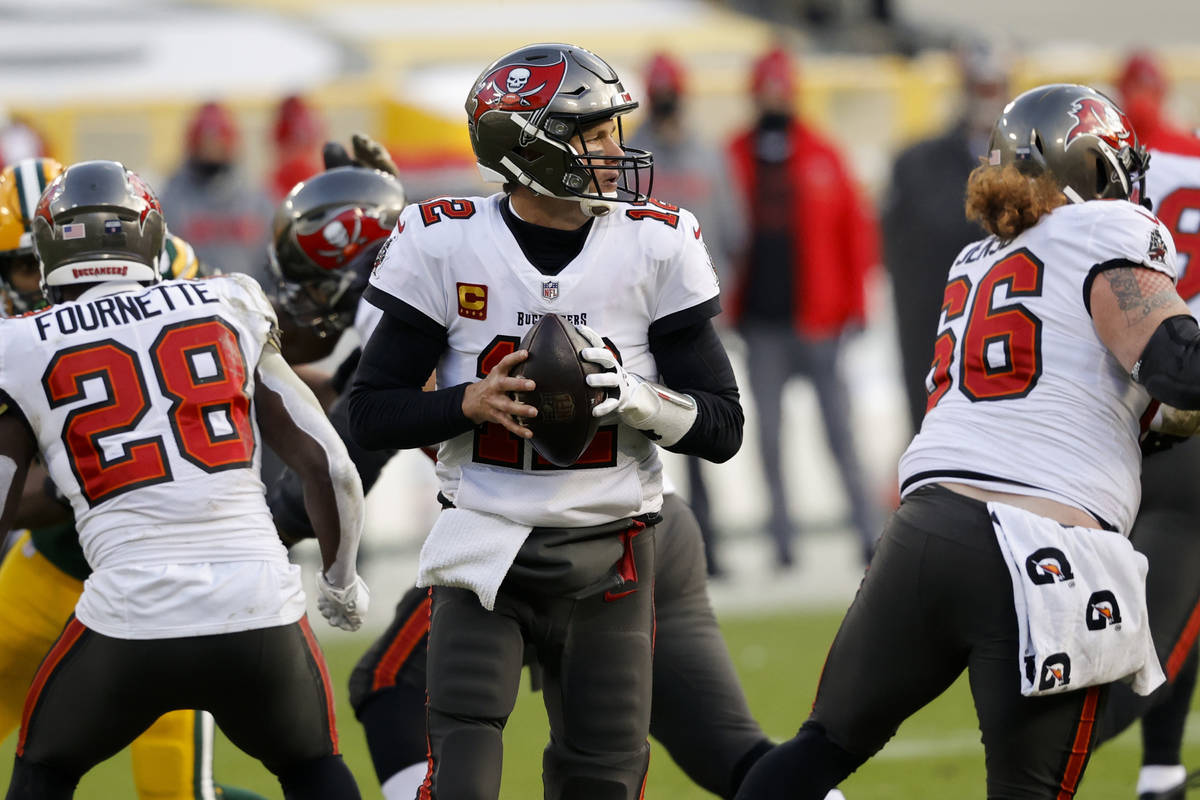 Mark DeRosa earned a degree in geography at Appalachian State before becoming a professional sports bettor.

In a roundabout way, DeRosa has put his degree to good use over the past year, winning more than $300,000 in wagers after correctly predicting that Tom Brady would leave New England and land in Tampa Bay.

TB stands for "Tom Brady Buccaneers" on these tickets. IMO odds better than 50/50 he ends up in TB. Major rift in NE. Better weapons, more money, easier path to SB, being "wanted." I also think Brady would retire if he knew he was washed up, so Tampa is "live" if he signs. The… pic.twitter.com/Wta3KCP0or

On March 15, DeRosa (@edteach23) posted his futures bets on Twitter. Coincidentally, Edward Teach happens to be the real name for Blackbeard, the legendary pirate, aka buccaneer.

“TB stands for ‘Tom Brady Buccaneers” on these tickets. (In my opinion) odds better than 50/50 he ends up in TB,” he wrote. “Major rift in NE. Better weapons, more money, easier path to SB, being ‘wanted.’ I also think Brady would retire if he knew he was washed up, so Tampa is ‘live’ if he signs.

“Super Bowl is in Tampa next year. I think Tampa is exceptional value right now in futures markets but won’t be in two days.”

Five days later, Brady joined the Bucs, and their odds quickly plummeted to 5-1 to win the NFC and 10-1 to win the Super Bowl.

The Patriots were the clear favorites to re-sign Brady. But DeRosa was convinced the quarterback was done in New England after he listed his Boston home for sale and let his contract expire for the first time in his career.

As for his landing spot, DeRosa thought it was going to come down to the Bucs or Los Angeles Chargers.

“I thought Tampa was a good fit because the NFC was a weaker conference,” he said.

The Bucs were coming off a 7-9 season but had a rising defense, and DeRosa thought they could turn things around if Brady replaced Jameis Winston and his 30 interceptions.

“They really were that one player away from being a contender,” said DeRosa, a Florida resident who used to live in Las Vegas.

Tampa Bay fell to 7-5 this season after a 27-24 loss to Kansas City, but will take a seven-game win streak into Sunday’s Super Bowl against the Chiefs.

DeRosa, 38, said the only hedge bet he has placed was on Washington +10 in Tampa’s 31-23 win in their wild-card playoff game.

DeRosa said he and sharp bettor Zack White (@Gambleballs), his friend from college, have a total of about $8,000 to win about a half million dollars on the Bucs to win the Super Bowl at 60-1 and 65-1.

“I think they can win. It’s just a matter of them bringing their best game,” DeRosa said. “Even to this day, I don’t feel like they’ve played their best game.

“I honestly believe Tampa has the better team, but I do think it’s a bit of a coaching mismatch. I think Andy Reid is the better coach, and Kansas City should be favored because of that.”

When DeRosa flew back to Florida, he jokingly dubbed his home Lamar-a-lago.

“The funny thing is my friend who also bet the Buccaneers is buying a house,” he said. “He’s going to call it the house that Brady built.”