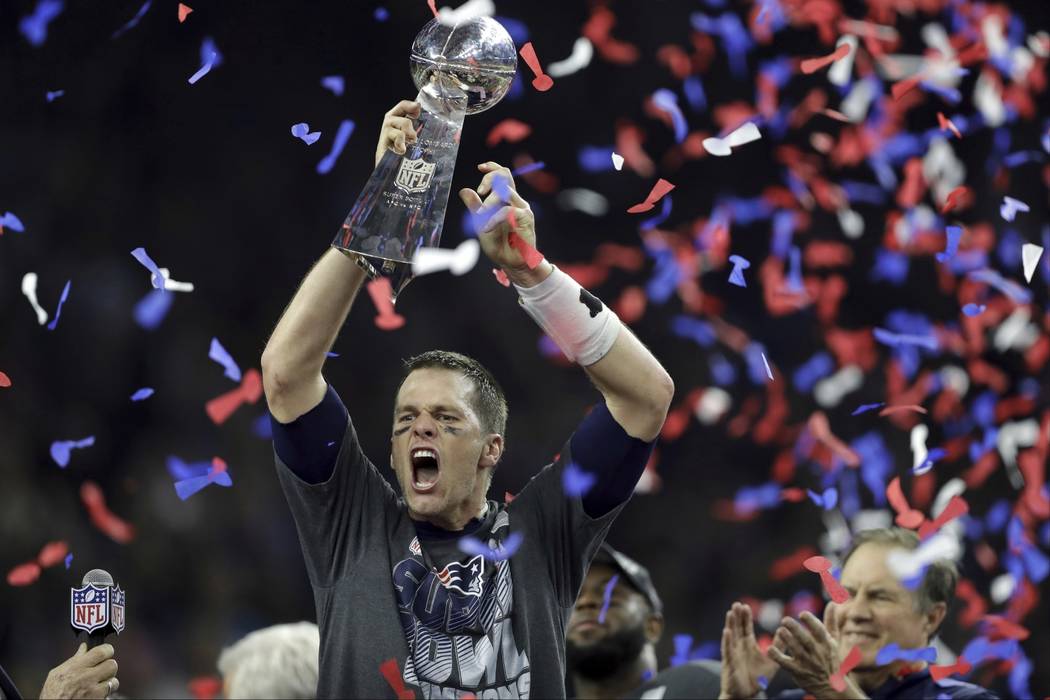 Bettors are not only backing the Patriots in a big way to win Super Bowl LIII over the Rams, they’re also wagering on New England to win the 2020 Super Bowl title.

Most Las Vegas sportsbooks already have posted odds to win Super Bowl LIV and the Patriots are the most popular team among bettors so far at the Westgate sportsbook.

“There’s more money and more tickets on the Patriots than any other team in the league,” Westgate sportsbook director John Murray said.

New England is the 10-1 fourth choice to win it all next year. The Rams and Chiefs are the 6-1 co-favorites and the Saints are the 8-1 third choice.

DraftKings sportsbook in New Jersey has posted props on whether Rob Gronkowski, Tom Brady or Bill Belichick will retire after the Feb. 3 Super Bowl in Atlanta. But if they don’t, DraftKings sportsbook director Johnny Avello expects the Pats to be back in the mix in 2020.

“As long as Tom Brady and Bill Belichick are around, it doesn’t matter who the personnel is. They just know how to get it done,” Avello said. “You can never make them too high but I feel other teams are just better overall.”

The Rams and Chiefs figure to be forces for years to come behind their respective young quarterbacks, Jared Goff and Patrick Mahomes, who’s expected to be named NFL MVP.

“With Mahomes, that Chiefs offense this year was way better than anyone ever expected. If they repeat that next year, they’ll certainly be a contender,” Avello said. “The Rams put a group of players together that can win (the Super Bowl) a couple times out of the next five years or so.”

Drew Brees turned 40 on Jan. 15 but he’s expected to lead snakebitten New Orleans back to the postseason next year.

The Bears are the 12-1 fifth choice at the Westgate, followed by the Chargers and Steelers at 14-1, the Packers and Vikings at 16-1, and the Colts, Cowboys, Eagles and Ravens at 20-1.

Chicago lost its wild-card playoff game, 16-15, to the Eagles when Cody Parkey missed a field goal that hit the upright and goal post.

“The Bears are such a public team that was a double doink away from beating the Eagles. They’ll be a popular team again with a very young nucleus,” Sunset Station sportsbook director Chuck Esposito said. “The Chargers had the best road record and the Colts were one of the hottest teams in the league to finish the season.”

The Bears, Browns and Jets opened as 100-1 long shots to win the Super Bowl before last season.

Cleveland’s odds have improved to 30-1 to win the 2020 Super Bowl, while the Jets are still mired in a pack of seven teams at 100-1, including the Raiders. The Dolphins have the longest odds at the Westgate at 300-1.

“When it comes to betting the futures this early, it’s a combination of two things: the heart bet and value,” Esposito said. “You’re always looking for some value team like the Falcons or Texans at 35-1 or San Francisco at 30-1. All three of those teams have young, talented quarterbacks and could easily possess some value.

“You’re looking for a team that had potential this year and could make this next step with a few additions in trades, free agency and the draft.”

Murray said any team with an elite quarterback is a threat.

“Just look at the Colts,” he said. “They were a mess for a few years but they righted the ship quickly because they have a great quarterback (in Andrew Luck).”