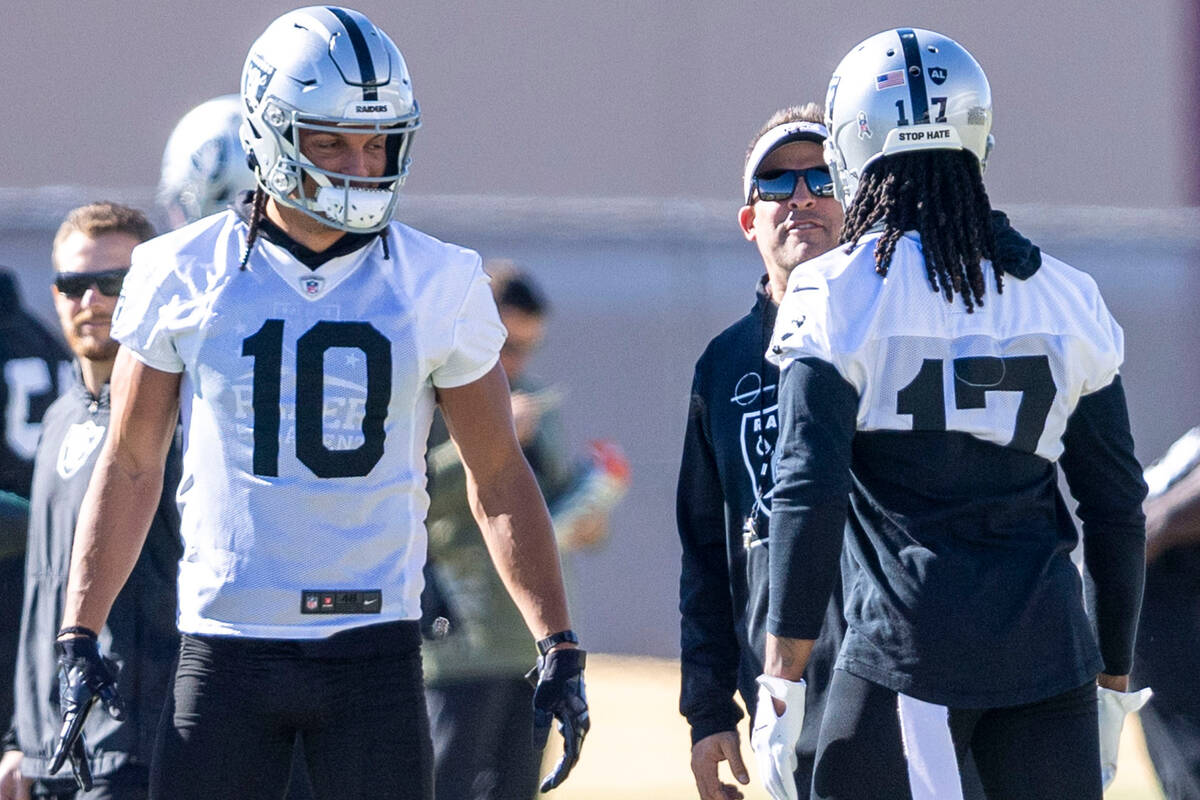 After bettors finally gave up on the Raiders last week, they promptly won and covered a game for the first time in a month in a 22-16 overtime victory at Denver.

But bettors aren’t ready to jump back on the Silver and Black bandwagon just yet.

The betting public is fading the Raiders (3-7, 4-6 ATS) again in Sunday’s game at Seattle, which is a 4-point favorite at the Westgate SuperBook and South Point and a 3½-point favorite at Circa, Station Casinos and BetMGM sportsbooks.

The ticket count at BetMGM is 4-1 in favor of the Seahawks, while 70 percent of the tickets are on Seattle at Station.

“The first nine weeks clearly favored the Raiders,” Esposito said. “This is probably the most lopsided count of the year.”

The line also has swung eight points from the preseason line posted at Station, where the Raiders opened as 4½-point favorites.

The Seahawks (6-4, 6-4 ATS) have been one of the NFL’s biggest surprises after they traded quarterback Russell Wilson to the Denver Broncos in the offseason.

Sharp bettors are on both sides of this game.

“We put up 3½ and one of our sharp customers in Colorado laid 3½. We went to 4, the market came back to 3½ and we’ve seen some money on the Seattle side,” Westgate oddsmaker Ed Salmons said. “Who knows with the Raiders anymore? It kind of looked like they quit on the season, then they rallied. They’re hard to gauge.

“The Raiders definitely played a much better game last week.”

When the line reached 4½, South Point took sharp bets on the Raiders.

“Sharps took Raiders +4½ and +4,” South Point sportsbook director Chris Andrews said in a text message. “Some sharp and public play on Seattle so we’re back to -4.”

Professional sports bettor Jeff Whitelaw bet on the Raiders +4½ and still recommends a play on them at +4.

“Some of these teams, like Seattle, are overrated,” he said. “It’s one thing when they’re an underdog. But when you’re asking them to cover in a favorite role, I don’t like them as much.

“The Raiders have played an enormous amount of close games. Personally, I think the Raiders will win the game.”

Besides their 24-0 defeat to the Saints, each of the Raiders’ losses have been by seven points or fewer for an average of 4.3 points.

“They’ve been playing a lot better and putting pressure on the quarterback,” Whitelaw said. “It just figures to be too many points. I thought the game shouldn’t be any higher than three.”