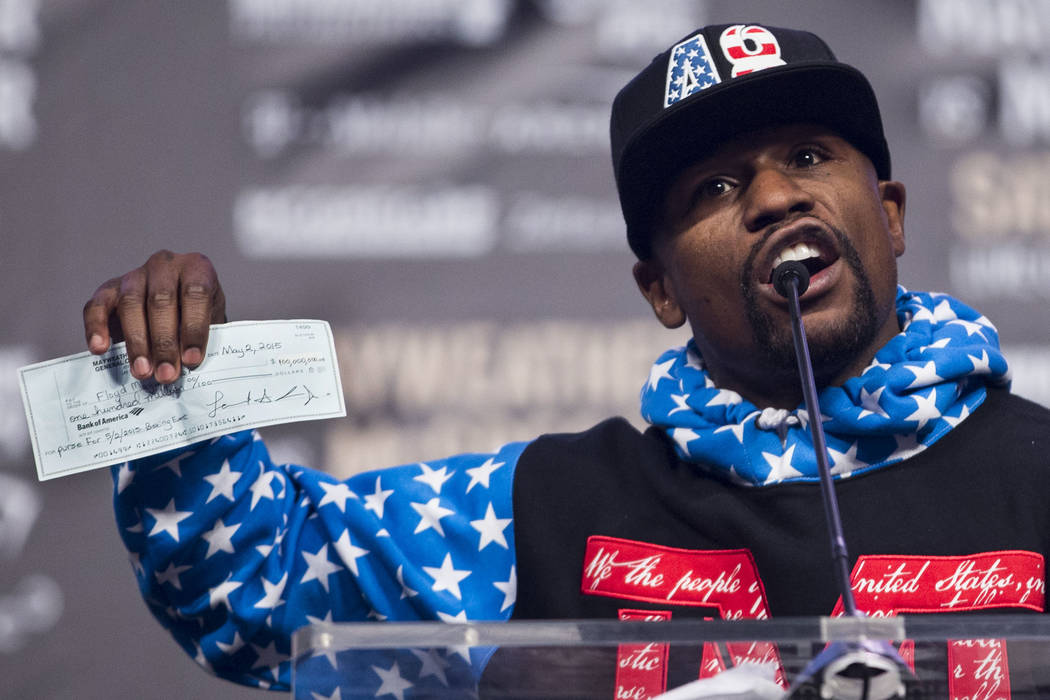 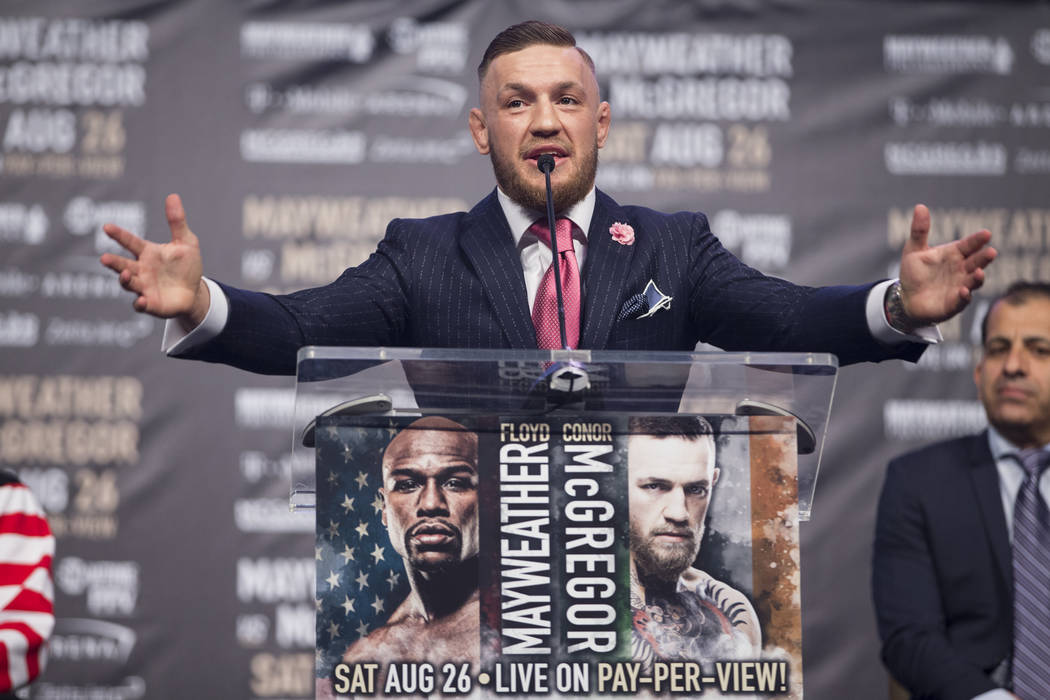 Conor McGregor has dominated Floyd Mayweather Jr. at Las Vegas sports books in terms of ticket count, garnering more than 90 percent of the wagers on their Aug. 26 megafight.

However, when it comes to money, Mayweather is starting to fight back.

“That really balances things out,” Westgate sports book director Jay Kornegay said. “The Mayweather money showed up a little earlier than we thought it would. I think it got all the way down to (minus-)625 when they started laying Mayweather money. I thought it was going to drop lower and it still might.”

Wiseguys jumped on Mayweather at Boyd Gaming when the price dropped to minus-650 and minus-600 but haven’t bet more at minus-550, according to sports book director Bob Scucci.

“They know the line’s going to keep going down so you might as well wait and lay five dollars (minus-500) closer to fight night,” he said.

“However, we still need Mayweather pretty big because all the McGregor action was at 4-1 or higher,” Simbal said.

Caesars Palace and William Hill sports books need Mayweather even more. McGregor leads the ticket count by a 25-1 margin at Caesars, where 90 percent of the money is on the Irishman.

It’s a similar situation at William Hill, which took three $50,000 wagers on McGregor on July 24. McGregor represents a liability of substantially more than $1 million dollars to William Hill and an upset by the UFC star could result in the book’s largest payout ever in Nevada.

Giving them their props

In keeping with a fight expected to produce the largest handle in boxing history, the books have posted a plethora of props on it. The most popular prop at the Westgate has been “Will McGregor win in rounds 1-4?” Yes is the 8-1 underdog and has accounted for 95 of 96 tickets.

Other popular props have been on McGregor to win by knockout (11-2) and on Mayweather to win by disqualification (6-1).

“Most casual fans think McGregor’s going to get frustrated and do something in the ring to get himself disqualified,” Scucci said. “I could see it happening by accident, by instinct. I can certainly see him getting frustrated.”

Sign-ups for the Westgate SuperContest are on pace to surpass the 2,071 entries needed to produce the first $1 million winner of the nation’s most prestigious NFL handicapping contest.

“Right out of the gate, it just took off and it doesn’t look like it’s slowing down at all,” Kornegay said.

VSiN host Brent Musburger was the first entrant in the SuperContest and the South Point-based satellite radio channel has formed a partnership with the Westgate sports book. During the season, VSiN will announce the SuperContest standings on Tuesday, the lines on Wednesday and the consensus picks on Saturday.

Vikings coach Mike Zimmer is 12-1 straight-up and 11-2 ATS in three seasons with Minnesota, which is a 1½-point road favorite over the Buffalo Bills in Thursday’s preseason opener for both teams.