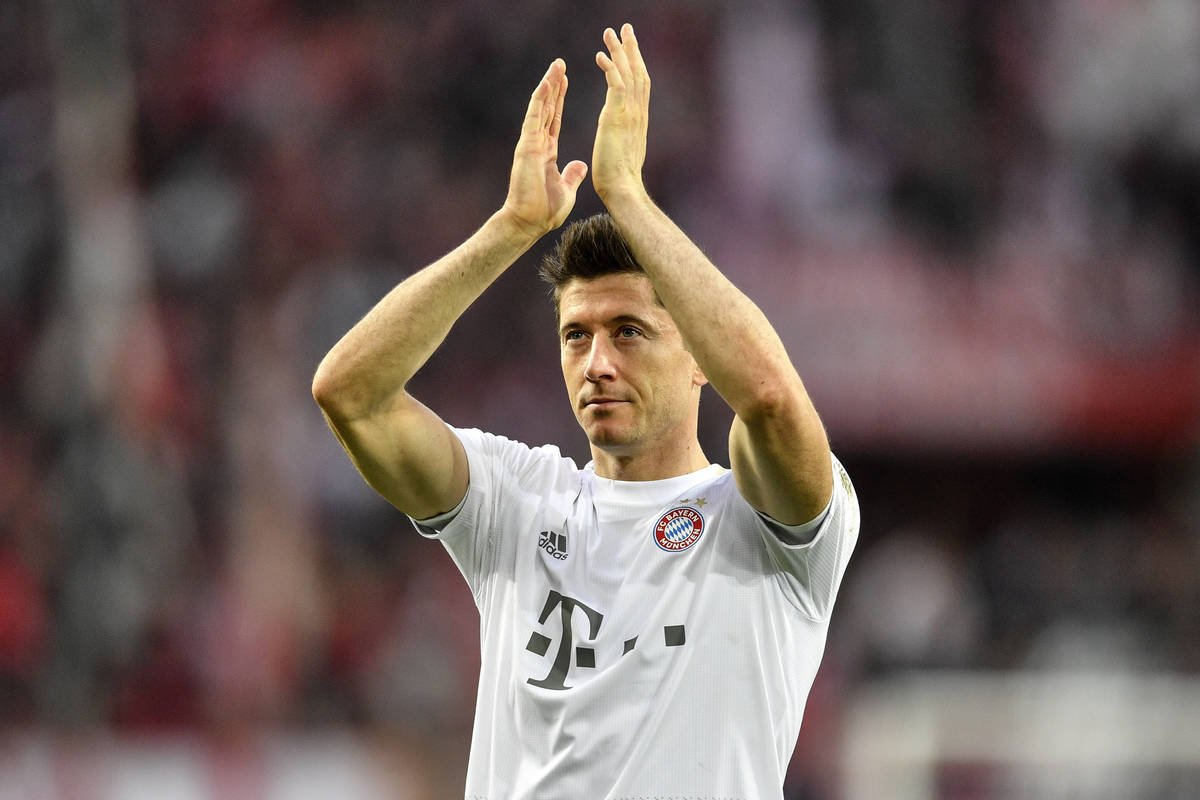 In this Sunday, Feb. 16, 2020 file photo, Bayern's Robert Lewandowski celebrates with supporters after winning their German Bundesliga soccer match against 1. FC Cologne in Cologne, Germany. The coronavirus pandemic has changed almost everything about soccer in Germany, except Bayern Munich's chances of winning. When the Bundesliga resumes on Saturday, May 16 after a two-month suspension caused by the pandemic, Borussia Dortmund and Leipzig will be Bayern's main challengers. Bayern’s Robert Lewandowski, Borussia Dortmund’s Erling Haaland and Leipzig’s Timo Werner have all been crucial to their team's challenges with explosive scoring form. (AP Photo/Martin Meissner, file) 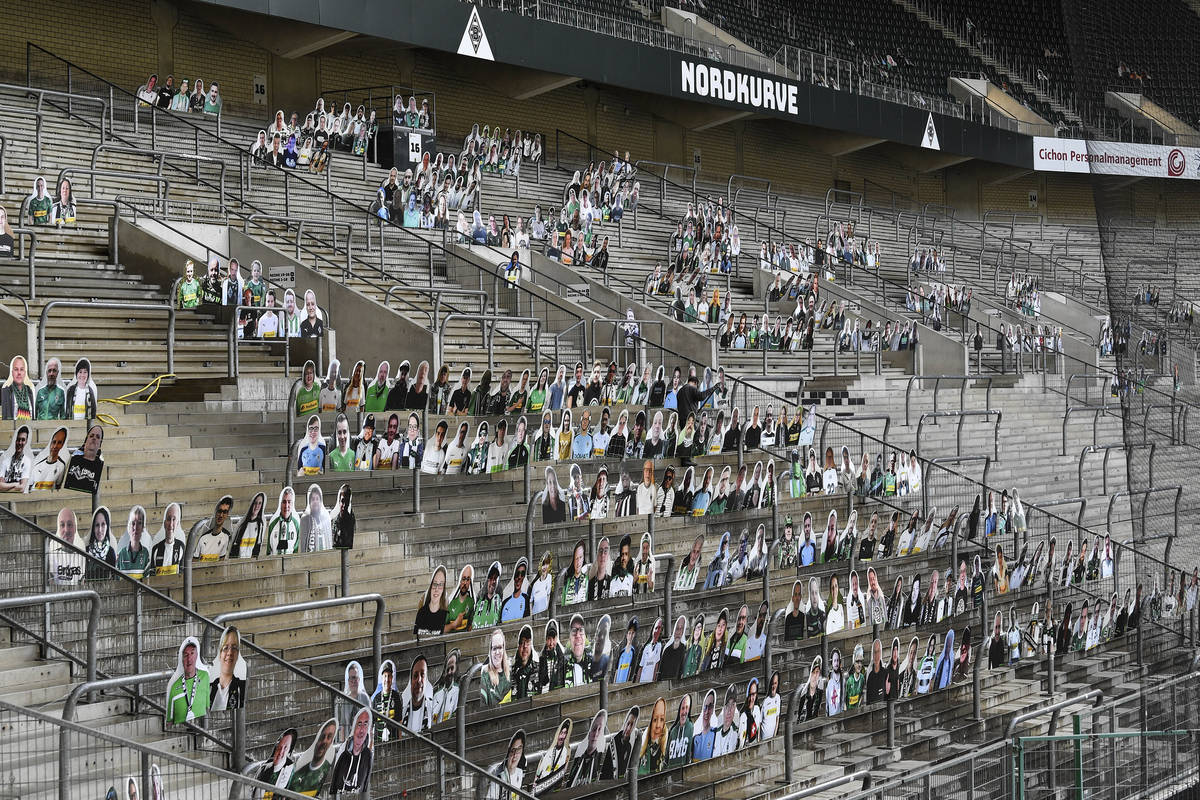 In this Thursday, April 16, 2020 file photo, portraits of fans of German Bundesliga soccer club Borussia Moenchengladbach are set on the supporters tribune in the stadium in Moenchengladbach, Germany. The coronavirus pandemic has changed almost everything about soccer in Germany, except Bayern Munich's chances of winning. When the Bundesliga resumes on Saturday, May 16 after a two-month suspension caused by the pandemic, Borussia Dortmund and Leipzig will be Bayern's main challengers.(AP Photo/Martin Meissner, file)

The Bundesliga isn’t normally one of the top draws for soccer bettors at the Westgate, sportsbook vice president of risk Jeff Sherman said.

But with the sports world still slowly coming back to life amid the coronavirus pandemic, the sportsbook is giving bettors every option they could want on Germany’s top league as it returns to action Saturday.

“Usually we just book the three-way wagers on the German and French leagues,” he said. “But we added two-way wagers, first-half, futures and in-play betting. There will be a multitude of options we don’t normally have for this.”

The Westgate is even booking matches on the second-tier Bundesliga 2.

“We figured we’d go ahead and offer it and maybe people would put it in their parlays,” Sherman said.

The Bundesliga postponed its season in March with nine matches still to play for each team. Bayern Munich leads with 55 points (17-4-4 record) and is the -450 favorite to claim the league championship at the Westgate.

Bayern Munich has dominated the league in recent years, winning seven straight championships. It is -485 on the three-way line at Union Berlin (+1,250) in its return to action Sunday (draw +565). Bettors can also play Bayern Munich -2 goals at -105.

However, Bayern Munich has not been as dominant this season, Sherman said, and is only four points ahead of Borussia Dortmund (5-1 to win the title) and five points ahead of RB Leipzig (10-1).

The popularity of soccer around the world makes booking the Bundesliga easy enough, Sherman said.

“There’s a global market with similar lines all over the world,” he said. “When a line moves, it moves globally, and we’ll go with the global market.” 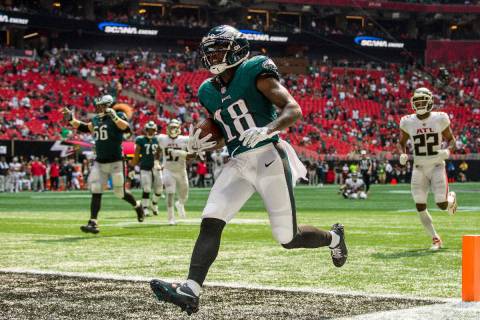 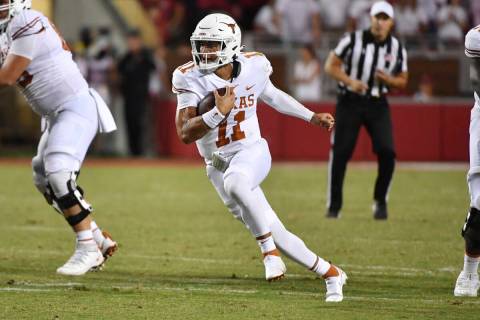 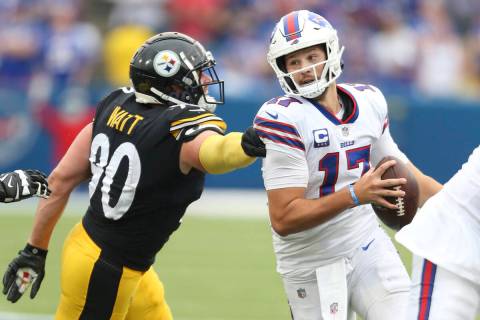 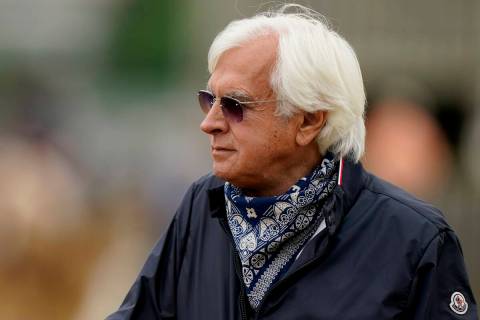 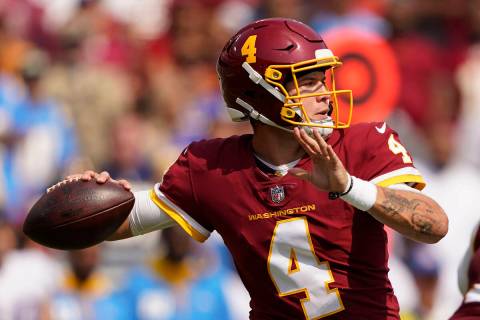 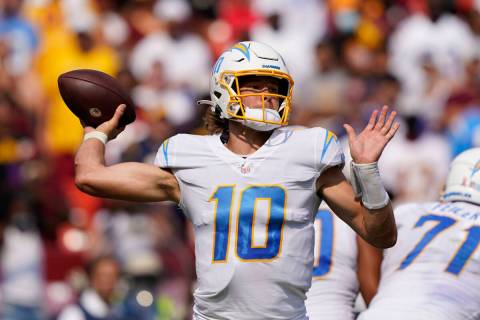 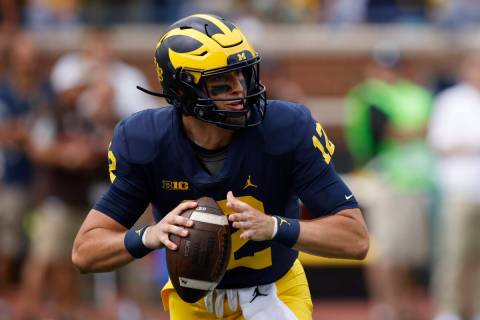 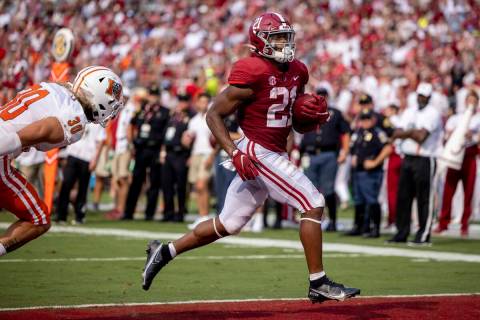 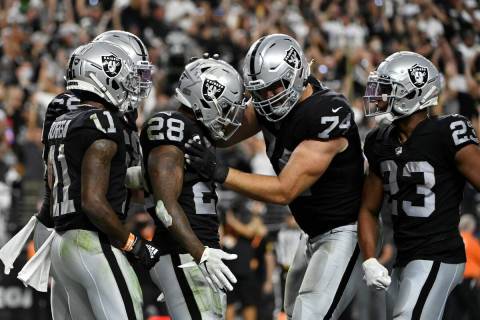