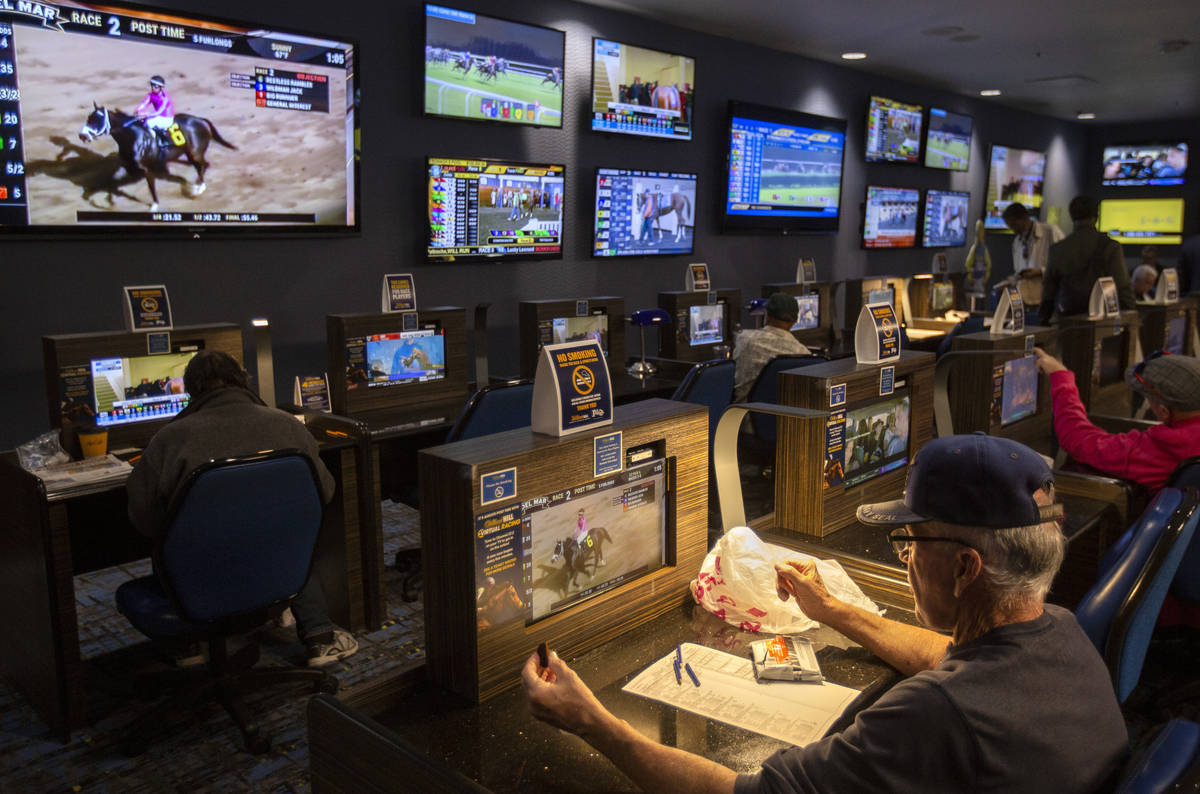 William Hill Race & Sports Book is open for betting on Friday, Nov. 8, 2019, at The Plaza in Las Vegas. The facility, which first opened in 1975 and was taken over by William Hill US in 2013, was remodeled with an 80-square-foot video wall and updated technology. (Ellen Schmidt/Las Vegas Review-Journal)

The board for sports betting company William Hill confirmed Friday that Caesars Entertainment Inc. and Apollo Management Inc. have expressed interest in buying the company.

Apollo made a written, cash proposal to buy William Hill on Aug. 27, followed by another Apollo proposal and multiple Caesars proposals, William Hill’s board announced Friday.

“Discussions between William Hill and the respective parties are ongoing,” the board announced. “There can be no certainty that any offer for William Hill will be made, nor as to the terms on which any offer might be made.”

It’s not clear what the proposals entail, but the board said Apollo and Caesars have until Oct. 23 to say whether they intend to make a formal company offer.

William Hill shares rose more than 40 percent Friday, valuing the company at over $4 billion, according to Yahoo Finance.

The proposals come as legalized sports betting spreads across the country, and as the coronavirus pandemic has boosted online gaming.

Mobile sports transactions accounted for 63 percent of all Nevada sports wagers in March, compared to 69 percent in July, according to the Nevada Gaming Control Board.

A potential Caesars and William Hill marriage would “immediately be a top-tier competitor in the U.S. online gambling market,” according to Chris Grove, an analyst with California-based Eilers & Krejcik Gaming.

“Given the kind of valuations other top-tier competitors like DraftKings and Penn National are getting, it’s no surprise that Caesars and William Hill are considering a tie-up,” he said. “And they won’t be the last. This consolidation will be a defining theme of the market in the months and years ahead.”

Josh Swissman, founding partner of The Strategy Organization, a Las Vegas gaming and hospitality consulting firm, said the deal would have a huge payoff for Caesars with the opportunity to drive more more business to its casinos across the country in a cycle of “clicks to bricks.”

Brendan Bussmann with Global Market Advisors said the announcement shows that William Hill is trying to “maximize the opportunity and value in the market.” While it remains to be seen whether a deal will come together, the proposals represent another example of ongoing shuffling in the sports betting market, he said.

The Supreme Court’s repeal of the Professional and Amateur Sports Protection Act in 2018, has created a massive opportunity as more and more states legalize sports betting. According to the American Gaming Association, sports betting is live and legal in 18 states and the District of Columbia.

“Sports betting continues to be the bright and shiny object on the shelf in the gaming space as expansion continues across the United States,” Bussmann said.

Caesars stock closed up nearly 8 percent Friday to $57.07 per share.