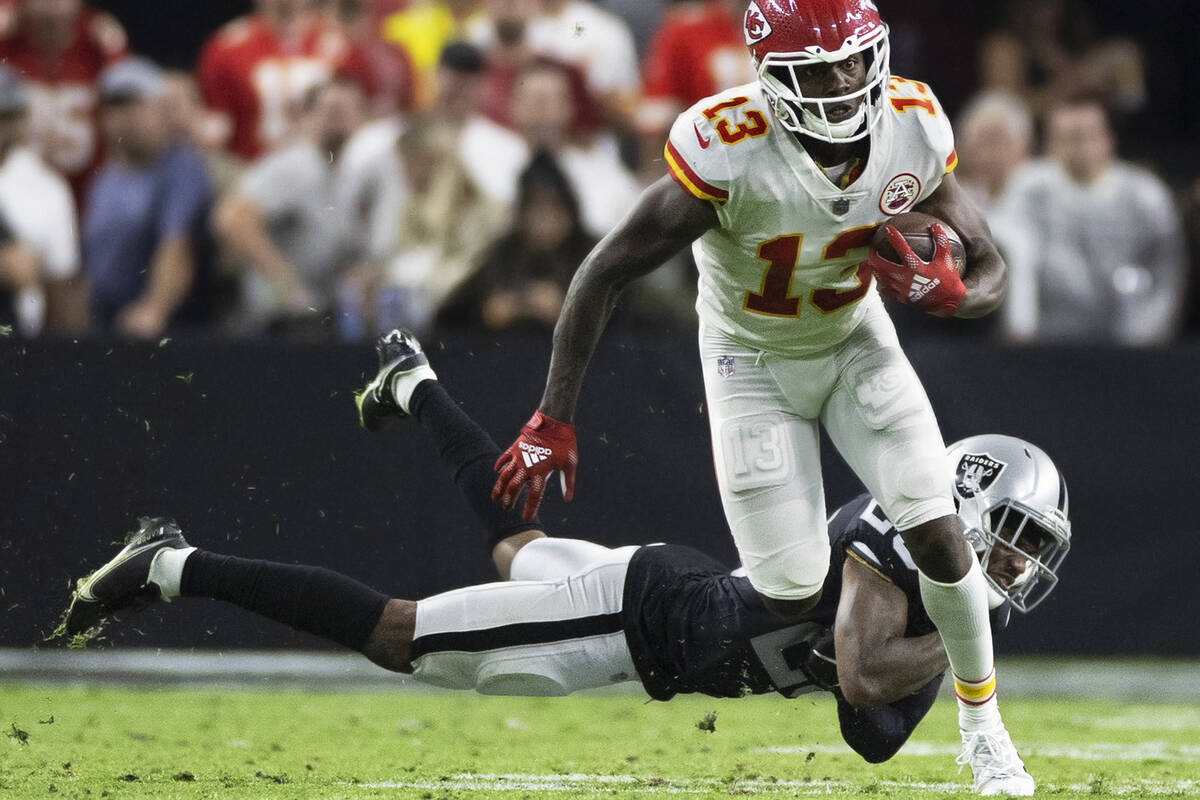 After starting the season as 5-1 co-favorites with the Buccaneers to win Super Bowl LVI, the Chiefs’ odds soared as high as 16-1 following a 3-4 start.

But after Kansas City crushed the Raiders 48-9 on Sunday for its sixth straight win and fourth consecutive cover, the Chiefs are the consensus Super Bowl favorites at Las Vegas sportsbooks.

After allowing an average of 29.0 points in their first seven games, the Chiefs have allowed only 10.8 ppg during their six-game winning streak, limiting their last three opponents to nine points each while posting for a season high in points against the Silver and Black.

“After what we’ve seen the last three weeks, it would be impossible not to consider Kansas City the best team in the league right now,” Westgate SuperBook director John Murray said. “Their defense is playing as well as any in the league, and their quarterback is as good as any quarterback in the league.

Defending Super Bowl champion Tampa Bay is the +425 favorite at BetMGM, followed by Kansas City at +550. But MGM Resorts director of trading Jeff Stoneback said the Bucs are the favorites mostly because they represent the largest liability at MGM, which has taken multiple five-figure bets on Tampa to repeat, including a $50,000 wager at 9-1, a $25,000 bet at 8-1 and a $30,000 wager at 7-1.

The Bucs are the +550 second choice at Circa, South Point and the SuperBook.

“I still think the Buccaneers have a lot of holes on that defense,” Murray said. “Their secondary looks bad at times.”

Tampa Bay and Kansas City are 4-1 co-favorites at Station Casinos.

“The two teams that met last year are kind of on a collision course at this point,” Red Rock Resort sportsbook director Chuck Esposito said. “If you had asked me a month ago, I wouldn’t put the Chiefs in that category. But the Bills stubbed their toe, the Ravens have had injuries and I don’t know if (Derrick) Henry will be back for the Titans.

“The biggest potential threat to the Chiefs could be the Patriots.”

New England, riding a seven-game win and cover streak, is tied with the Packers as the 7-1 third choice at Circa and BetMGM.

“Army-Navy was the highest handle college football game of the year,” Murray said.

Navy upset Army 17-13 as a 7-point underdog and the game went under the total of 35½ for the 16th straight season.

“Navy winning outright was great for us. We had some big bets on Army,” Murray said. “One guy bet us $50,000 on the under, but we had so much over money it didn’t even move the number.

“It was a small slate, but it was one of our best Saturdays of the year.”