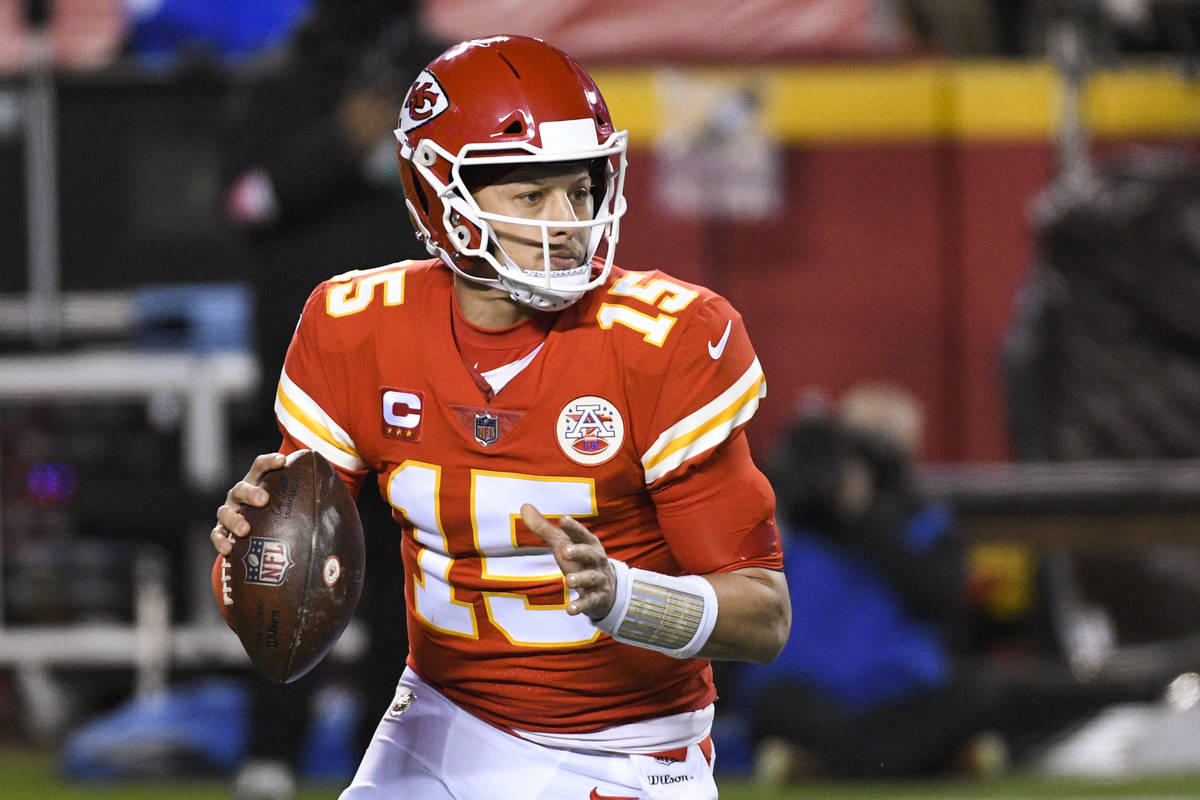 The Green Bay Packers and Buffalo Bills are tied for the 10-1 second choice at the Westgate, which lists the Bucs, Baltimore Ravens and New Orleans Saints at 12-1.

“Kansas City is still young enough to be the favorite,” William Hill sportsbook director Nick Bogdanovich said. “The Packers, Bills and Buccaneers had good years and didn’t get too old overnight.”

Tampa Bay quarterback Tom Brady is 43 but is under contract through next season and has said many times he plans to play until he’s 45.

“It doesn’t look like he’s slowing down any,” Bogdanovich said. “The Bucs will be a factor again.”

The Raiders are 40-1 long shots at William Hill and the Westgate to win the 2022 Super Bowl. They’re in a pack of five teams tied for the 17th pick at William Hill to win it all next year.

“I think the Raiders can come out of that pack. I really do,” Bogdanovich said. “They know where their weaknesses are and they can shore them up. (QB Derek) Carr proved he could play. They’ve got some cap room and they’ve got some draft picks. They’re in pretty good shape that way.

“If they can get a defensive piece or two and make a few key acquisitions, I think they could be all right.”

Kansas City is a consensus 3-point favorite (-120) over Tampa Bay in the NFL championship game after the line opened at 3½ at multiple books Sunday night.

The consensus total is 56½ after Bogdanovich said there was sharp money on under 57½ and under 57.

“Two weeks from now, we’ll be rooting for the under big time,” he said. “The masses will be on the over.”

Las Vegas books were small winners when Conor McGregor suffered an upset loss to Dustin Poirier on Saturday night in the main event of UFC 257.

The masses were all over McGregor, who soared from -220 to -400 over Poirier before dropping to -330 at William Hill, where 87 percent of the money was on McGregor as of Friday. But the big bets were on Poirier, who stopped McGregor via second-round technical knockout in their lightweight match at Abu Dhabi, United Arab Emirates.

“Because of that bet, it was almost a wash,” Bogdanovich said.

“The main event was a winner for us even though we did have the $100,000 bet on Poirier,” MGM Resorts director of trading Jeff Stoneback said. “There were lots of McGregor bets but no $100,000 bets on him.”

The Westgate had a similar result on the popular McGregor’s first UFC fight in a year.