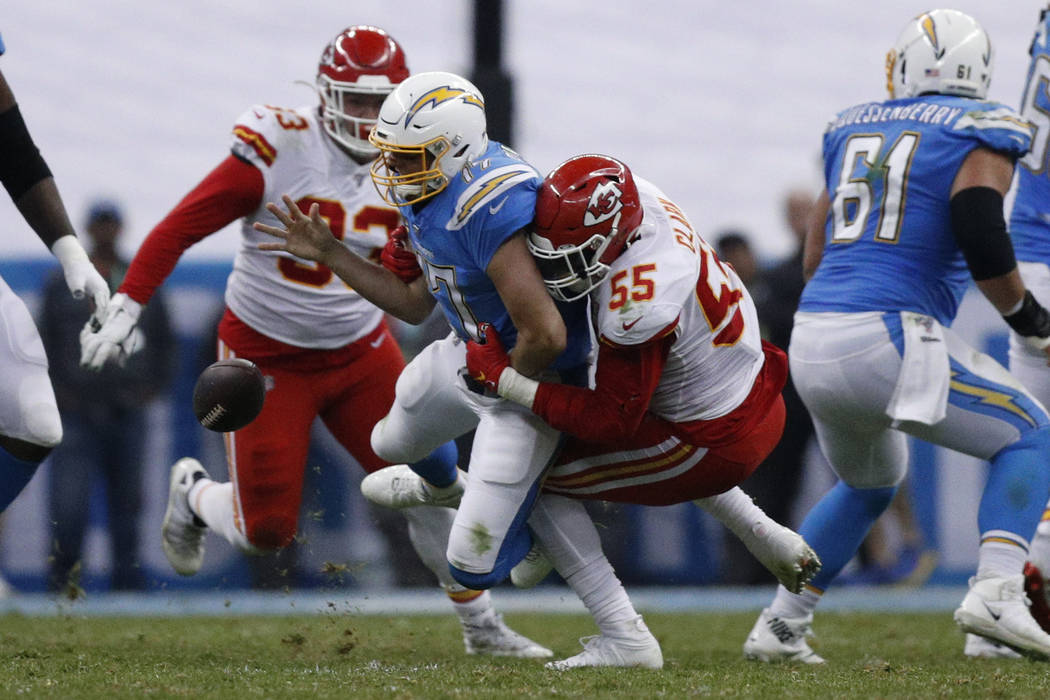 The Kansas City Chiefs received no style points, but they did manage to cover as 6-point favorites with a 24-17 victory over the Los Angeles Chargers on Monday in Mexico City.

The outcome hurt Las Vegas sportsbooks, who were hoping to avoid parlay liability on the favorite that rolled over from Sunday, Caesars Entertainment director of trading Jeff Davis said earlier Monday. The game did stay under 53 to mitigate the damage.

Chargers and over bettors were alive into the final minute, until Chiefs defensive back Daniel Sorensen intercepted quarterback Philip Rivers in the end zone to end the game.

The Chargers covered as 3½-point underdogs in the first half when Michael Badgley hit a 49-yard field goal on the final play before halftime to cut the Chiefs’ lead to 10-9. The first-half total stayed well under 26.

Kansas City led 24-9 in the third quarter but was unable to put the game away — and nearly paid for it.

The Chiefs (7-4) held onto first place in the AFC West and now go on their bye week before hosting the second-place Raiders on Dec. 1.

The Chargers (4-7) are also on a bye after seeing their playoff hopes all but evaporate. They next play at Denver on Dec. 1.