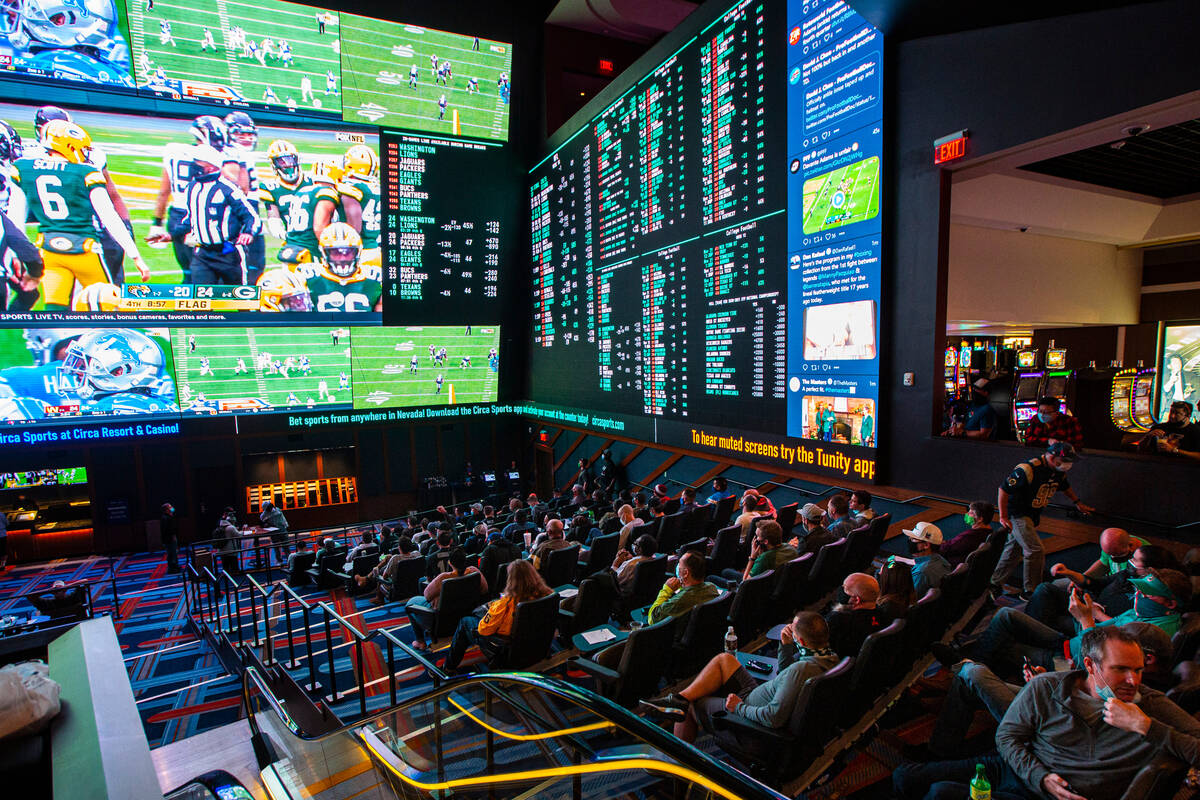 Five days before Saturday’s entry deadline, Circa Sports is a long shot to meet its $6 million in guaranteed prize money for its $1,000-entry Circa Million IV contest.

The downtown sportsbook needs 6,000 entries to meet its guarantee, up from $4 million last year. It had 3,160 on Monday for a $2.8 million overlay, or the amount of money the book must add to the prize pool in addition to the entry fees.

“I have a better chance of making the NBA than we do of reaching the guarantee in the Circa Sports Million,” said 5-foot-8, 130-pound Circa sportsbook operations manager Jeff Benson. “Our players can look forward to a huge positive expected-value opportunity, with us not getting anywhere close to the 6,000 required entries to break even.”

Circa paid $1.9 million last year to cover a Survivor overlay, but Benson projects the contest to draw 7,100 entries.

The entry deadlines for both contests is 2 p.m. Saturday.

William Hill is still facing a six-figure overlay for the second straight year in its $1,000-entry College Pick’em football contest. After the book paid $548,000 last year to cover an overlay, it lowered the guaranteed cash prizes from $1 million to $500,000.

The Westgate SuperBook has guaranteed $1.1 million in prize money for 11 in-season contests in its $1,ooo-entry SuperContest. It needed 1,100 entries to meet the guarantee and had topped that total Monday with 1,178 entries. The SuperContest had 1,972 entries last season.

Circa owner Derek Stevens is putting up $25,000 in prize money for the new Circa Friday Football Invitational, a VSiN-produced event inspired by the old Stardust Invitational.

Sixteen handicappers will compete, with no entry fee required, in a season-long, 18-week contest running from Friday through Jan. 6. The handicappers will make five weekly picks from college and NFL sides and totals, with one designated as the best bet.

After NFL Week 9, the contestant with the lowest point total will be cut. That elimination process will continue through Week 16, after which the eight remaining contestants will compete to the end.

Circa is the first book to post lines on college football at 11 a.m. each Sunday.

Here are a few notable line moves in the first 24 hours: Michigan moved from 46-point favorites to -51 over Hawaii; Alabama moved from -18 to -20 over Texas; and Stanford moved from 12-point underdogs to +9 against Southern California.