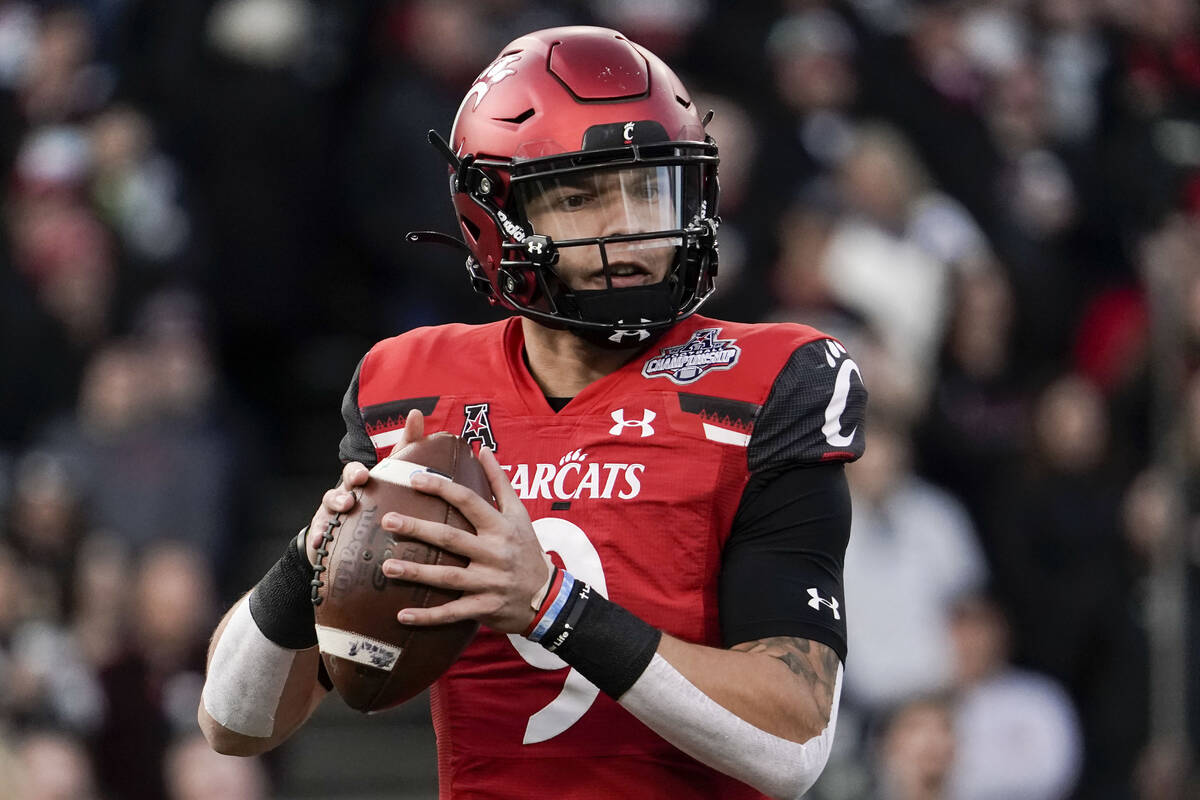 Be wary of narratives, especially those based on a single conference championship game.

ESPN’s SP+ projects Alabama as 4.2 points better than Cincinnati on a neutral field. Yet the line is Alabama -13½.

The final score of Alabama’s 41-24 rout of Georgia in the Southeastern Conference title game, the raw talent edge for the Crimson Tide, the narrative of the first Group of 5 team in the College Football Playoff and the need for sportsbooks to limit their liability on a public side are responsible for an inflated line.

Alabama needs to win the line of scrimmage in the running game on both sides of the ball to cover.

That’s plausible when Cincinnati has the ball. Pro Football Focus grades the Tide as the nation’s best rushing defense. Alabama’s run defense is second in yards per carry allowed. It had held its last 10 foes well below their season averages.

Bearcats quarterback Desmond Ridder has steadily improved as a passer. Alabama is just 65th in opponent passer rating and is missing cornerback Josh Jobe. So Cincinnati has an opportunity to move the ball through the air.

Tide running back Brian Robinson should be healthier after almost four weeks off. He shoulders the bulk of the Alabama running game. Expect Tide wideout Jameson Williams to do the same for the receivers with John Metchie III out.

Cincinnati’s secondary is better than Georgia’s. Expect the Bearcats to blitz Alabama QB Bryce Young. The Tide are 0-4 ATS when he gets sacked at least four times.

— Michigan-Georgia U45½: The Bulldogs made a mistake by playing it straight against Alabama rather than blitzing. If you have NFL talent at QB and receiver, Georgia’s secondary is susceptible. With wideout Ronnie Bell out since September, the Wolverines don’t have that type of player. Cade McNamara is Michigan’s best QB in years, but he’s 54th in passer rating. Georgia stuffs the run against every team. The Bulldogs’ rush offense is mediocre, ranking 73rd in EPA per snap. Michigan’s defense is good enough to compete with Georgia’s passing game.

— Arkansas (-1½) over Penn State: The Nittany Lions lost their defensive coordinator and their top two tacklers for this game, which should feature the Razorbacks running the ball as much as possible after they lost star wideout Treylon Burks. Penn State is 128th in EPA per snap running the football. That plays right into the hands of Arkansas’ 3-2-6 base defense. Sean Clifford has thrown for 313+ yards in three of Penn State’s last five games, but he’s 75th in yards per attempt.

— Iowa (+3) over Kentucky: Wildcats wideout Wan’Dale Robinson gets targeted on 41 percent of Kentucky’s passes. With Wildcats wideout Josh Ali out, Iowa’s loaded secondary can concentrate solely on Robinson. Iowa leads the nation in interceptions (24), and Kentucky QB Will Levis throws too many. Iowa QB Spencer Petras is going to have to play better than he did in a blowout loss to Michigan. But Kentucky’s secondary will give up yards underneath.

— Mississippi (-1½) over Baylor: Rebels coach Lane Kiffin should be motivated after failing to draw real interest from any of the big job openings. Ole Miss QB Matt Corral has one last chance to impress NFL scouts. He and the rest of the Rebels’ offense should be as healthy as we’ve seen since September. Expect some creative play-calling and aggressive risk-taking from Kiffin.