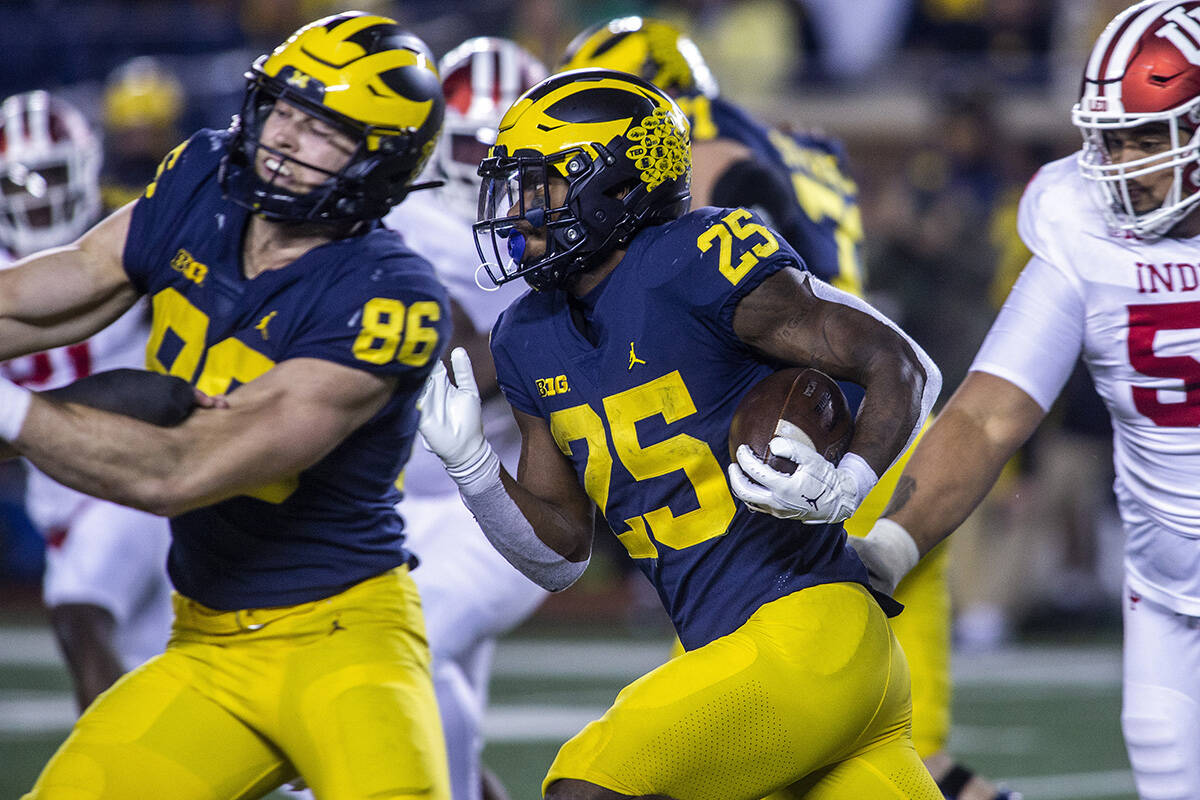 Central Florida at Southern Methodist (-7): The Knights are 1-2 against the spread as underdogs since last season. The Mustangs are 4-0 ATS at home this season. Edge: SMU.

Oklahoma (-5½) at Baylor: The Sooners have failed to cover their first two true road games this season and didn’t cover late last season at home against Baylor. The Bears have won and covered three of their past four and six of their past eight this season. Edge: Baylor.

Michigan (-1½) at Penn State: Michigan coach Jim Harbaugh is 3-7 ATS against Penn State, Ohio State and in bowl games since 2017. The Nittany Lions are on a 10-3 spread run. Edge: Penn State.

Iowa State (-10½) at Texas Tech: Cyclones coach Matt Campbell is 5-0 straight up and ATS against the Red Raiders since taking over the program in 2016. Texas Tech is 1-4 ATS in its past five conference home games. Edge: Iowa State.

Minnesota at Iowa (-5½): The Hawkeyes have won the past six games in the series and are 4-0-1 ATS in the past five. Iowa has failed to cover its past three games. Edge: Iowa.

Notre Dame (-5½) at Virginia: The Fighting Irish are on a 10-5 spread uptick since mid 2020. They’ve also gone 6-1 ATS in their past seven games, covering four in a row. Notre Dame is 0-1 as a road favorite this season. The Cavaliers have won and covered four of their past five and are 8-1 ATS in their past nine home games. Edge: Virginia.

Arkansas (-3) at Louisiana State: The Razorbacks have covered the past three games in the series. Edge: Arkansas.

Arizona State (-6) at Washington: The Sun Devils are 1-2 ATS on the road this season, though they did cover all three away games last season. The Huskies are 3-10 ATS since last season. Arizona State has covered the past 13 games in the series dating to 2002. Edge: Arizona State.

Texas Christian at Oklahoma State (-13½): The Horned Frogs have failed to cover six of their past eight games. The home team has won and covered the past three games in the series. The Cowboys have covered seven straight this season. Edge: Oklahoma State.