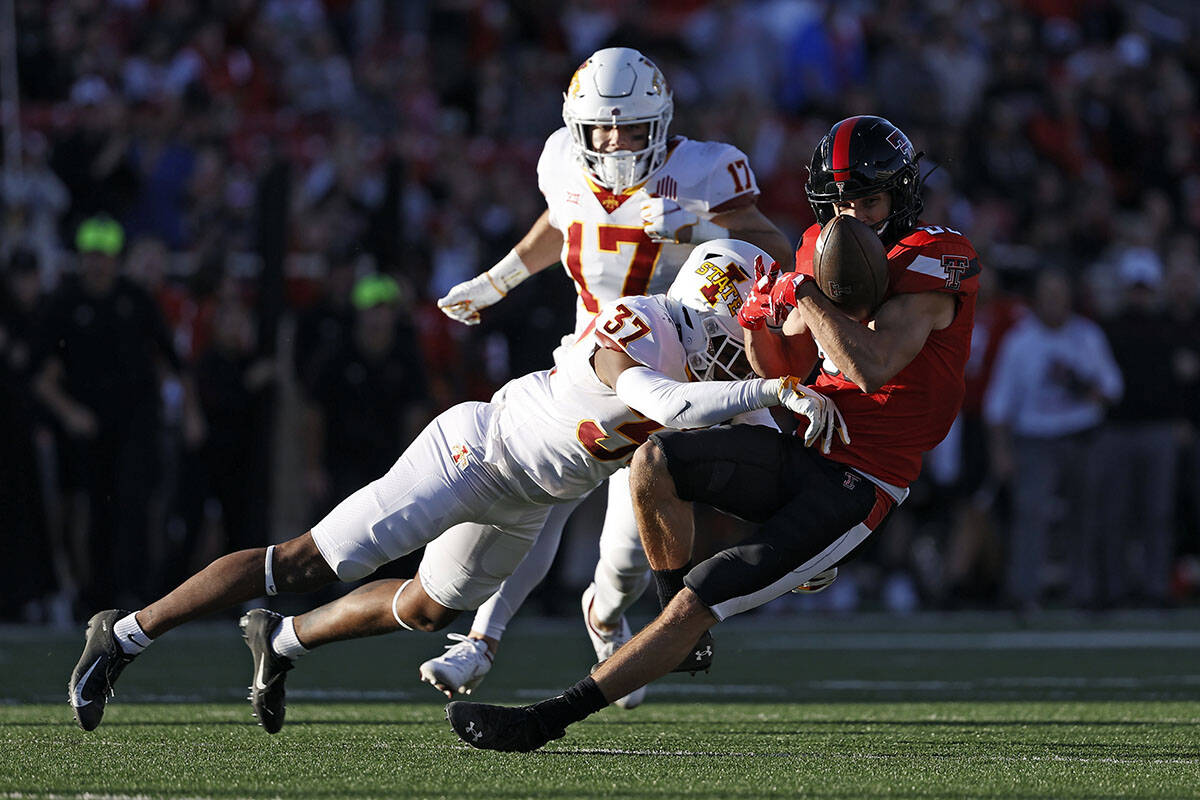 Iowa State at Oklahoma (-3½): The Cyclones have covered the past five regular-season meetings, winning two outright. Iowa State was a narrow loser in the Big 12 title game in December. Edge: Iowa State.

Rutgers at Penn State (-17½): The Scarlet Knights are 8-1 against the spread on the road since last season after a romp over Indiana. The Nittany Lions are 3-4 ATS in their past seven games. Edge: Rutgers.

Georgia Tech at Notre Dame (-17): The Yellow Jackets are 1-5 straight up and ATS in their past six games. The Fighting Irish have won and covered seven of their past eight games, including five straight. Edge: Notre Dame.

Michigan (-15½) at Maryland: The Wolverines are 8-2 ATS this season. Maryland has failed to cover its past nine conference games. Edge: Michigan.

Minnesota (-7½) at Indiana: The Hoosiers have failed to cover eight of nine games against Football Bowl Subdivision teams this season after posting a 7-1 spread mark last season. Indiana is 0-4 ATS in home games against FBS opponents this season. Edge: Minnesota.

Arizona State (-3) at Oregon State: The Sun Devils are 1-3 ATS on the road this season and have failed to cover three of their past four games. The Beavers are 5-0 ATS at home this season. Edge: Oregon State.