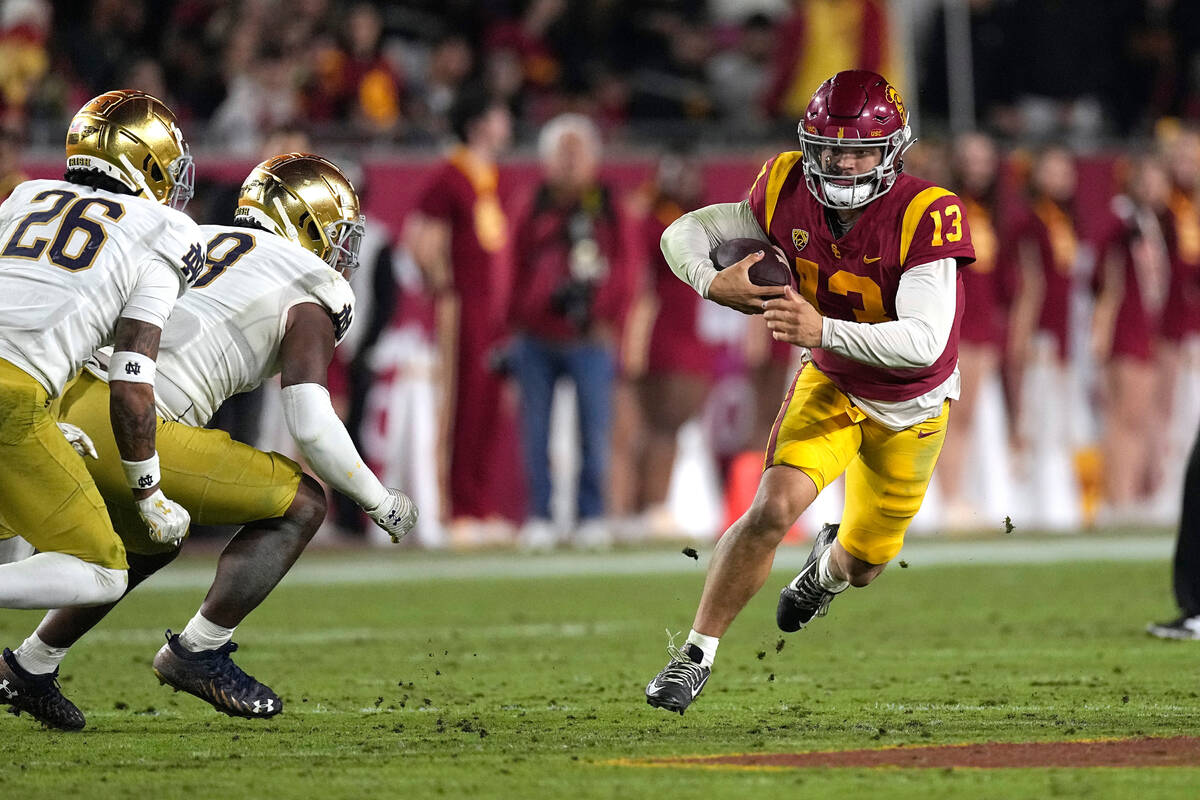 Utah vs. Southern California (-2½, 67½): The Utes have won two in a row in the series after handing USC its only loss, 43-42 in October. Utah is 1-4 ATS away from home. The total has gone over in the Trojans’ past six games and is 9-3 for the season. The past two meetings in the series have gone over the total. Edge: Over.

Akron at Buffalo (-11, 55½): This game was rescheduled from Nov. 19 after being snowed out. The Zips are 5-2-1 against the spread in their past eight games, and Buffalo has cooled off with three consecutive straight-up losses after covering five in a row. Buffalo has won the past four meetings by blowout. Edge: Buffalo.

North Texas at Texas-San Antonio (-8½, 69): The Conference USA title game is a rematch of a 31-27 Roadrunners win Oct. 22. That was part of North Texas’ 6-0 ATS streak before the Mean Green dropped their past two ATS. North Texas is on a 13-5 ATS run since last season, and San Antonio is 1-4 ATS in its past five at home. Edge: North Texas.

Toledo (-1½, 55) vs. Ohio: These teams didn’t meet in the regular season, but the Rockets won 35-23 and covered a year ago. Toledo is riding a five-game ATS losing streak. The Bobcats are surging with wins in seven straight and covers in eight straight. Edge: Ohio.

Coastal Carolina at Troy (-8½, 48): The Chanticleers are on a 2-5 ATS skid but have covered six straight as an underdog since 2020. The Trojans have won their past nine straight up and are 7-2 ATS in those games. Troy’s past two games have gone under after a 5-0 over streak. These teams didn’t meet in the regular season. Edge: Troy.

Fresno State at Boise State (-3½, 54): Boise State closed on a 6-2 ATS run and has covered four of its past five at home. The Broncos rolled 40-20 when these teams met Oct. 14, and Fresno State has won seven in a row since. The Bulldogs had five straight over results before staying under against Wyoming last week. Edge: Fresno State.

Clemson (-7½, 63½) vs. North Carolina: These teams haven’t played since 2019. The Tigers are 6-6 ATS. The Tar Heels have lost two straight outright and three of their past four ATS but are 3-0 as an underdog this season. Three of North Carolina’s past four games have gone under, and it would have been four straight if not for double overtime against North Carolina State last week. Edge: North Carolina and under.