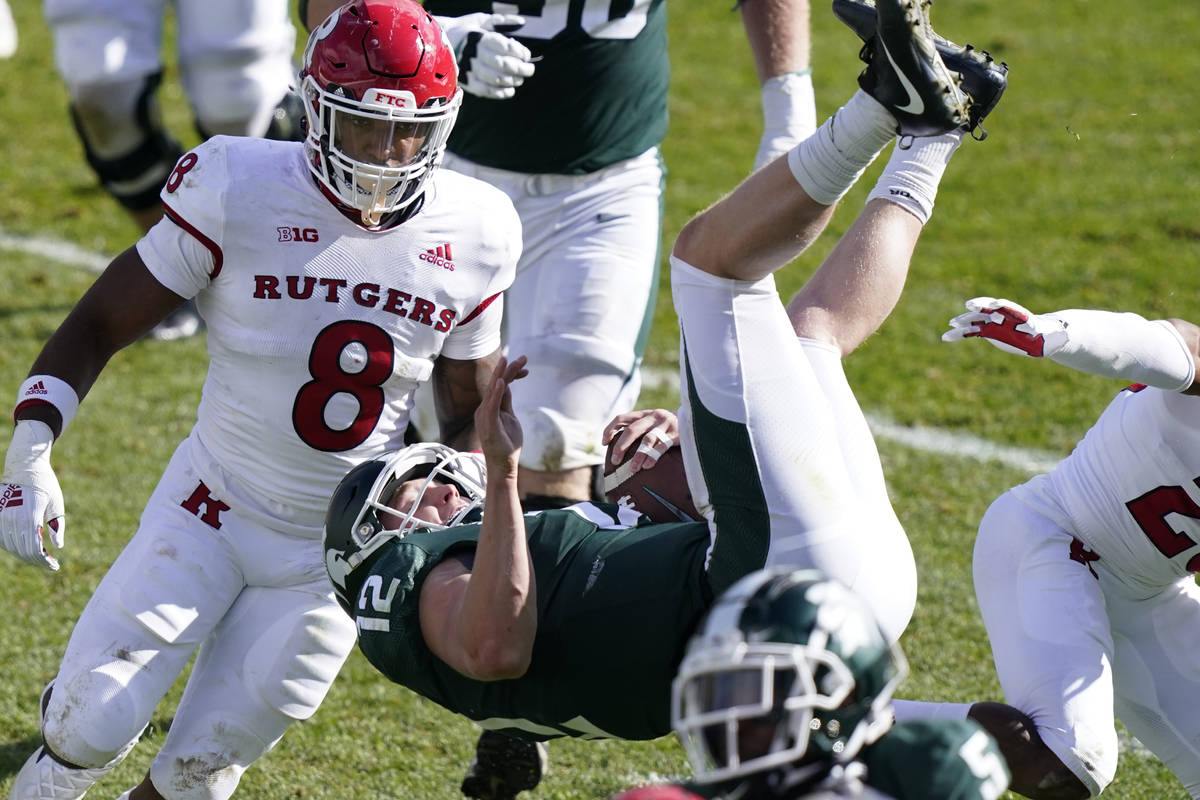 Michigan State at Michigan (-24½): The Spartans are 9-18 against the spread since 2018 and were 0-4 as underdogs last season. Michigan coach Jim Harbaugh has won and covered the last two games against Michigan State after dropping the first three ATS against the Spartans. The Wolverines are 9-4 as home favorites the past two seasons. Edge: Michigan.

North Carolina (-7) at Virginia: The Cavaliers are 10-4 in their last 14 games as an underdog. Virginia has won and covered the last three games against the Tar Heels. Edge: Virginia.

Virginia Tech (-3½) at Louisville: The road team has covered Virginia Tech’s last seven regular-season games. The Cardinals are 6-3 ATS at home since last season for coach Scott Satterfield, whose teams are 23-10-3 ATS since late 2017 at Appalachian State. The Hokies are 3-11 in their last 14 games as road favorites. Edge: Louisville.

Ohio State (-11½) at Penn State: Ohio State has won the last three meetings, but hasn’t covered any of them. Penn State has covered four straight against the Buckeyes, and the Nittany Lions are 7-2 ATS in their last nine games as underdogs. Edge: Penn State.

Texas at Oklahoma State (-3½): Texas coach Tom Herman was 16-5 as an underdog in his previous five seasons at Texas and Houston. Oklahoma State has covered the last two meetings, and the Cowboys are on a 13-4-1 spread run. Edge: Texas.

Texas Christian (-2½) at Baylor: The road team has covered the last four meetings. The Horned Frogs are 2-0 as underdogs this season and 13-10 in their last 23 games in the role. Edge: Texas Christian.

Mississippi State at Alabama (-31): Mississippi State hasn’t covered its last three games and is 1-2 as an underdog this season. Alabama coach Nick Saban hasn’t lost to the Bulldogs since his first year with the Crimson Tide in 2007 and has covered four of the last five meetings. Edge: Alabama.

Arkansas at Texas A&M (-12½): The Razorbacks are 4-0 ATS this season and have covered the last two games in the series. Texas A&M is 2-3 in its last five games as a home favorite. Edge: Arkansas.

Georgia (-17) at Kentucky: The Wildcats haven’t beaten Georgia since 2009. The Bulldogs had covered six straight in the series before barely missing last season. Kentucky is 13-7 ATS since late 2018 and 11-5 in its last 16 games as an underdog. Edge: Kentucky.

Missouri at Florida (-12½): The Gators had covered seven straight at home before barely missing against South Carolina on Oct. 3. The Tigers have failed to cover their last five road games. Edge: Florida.