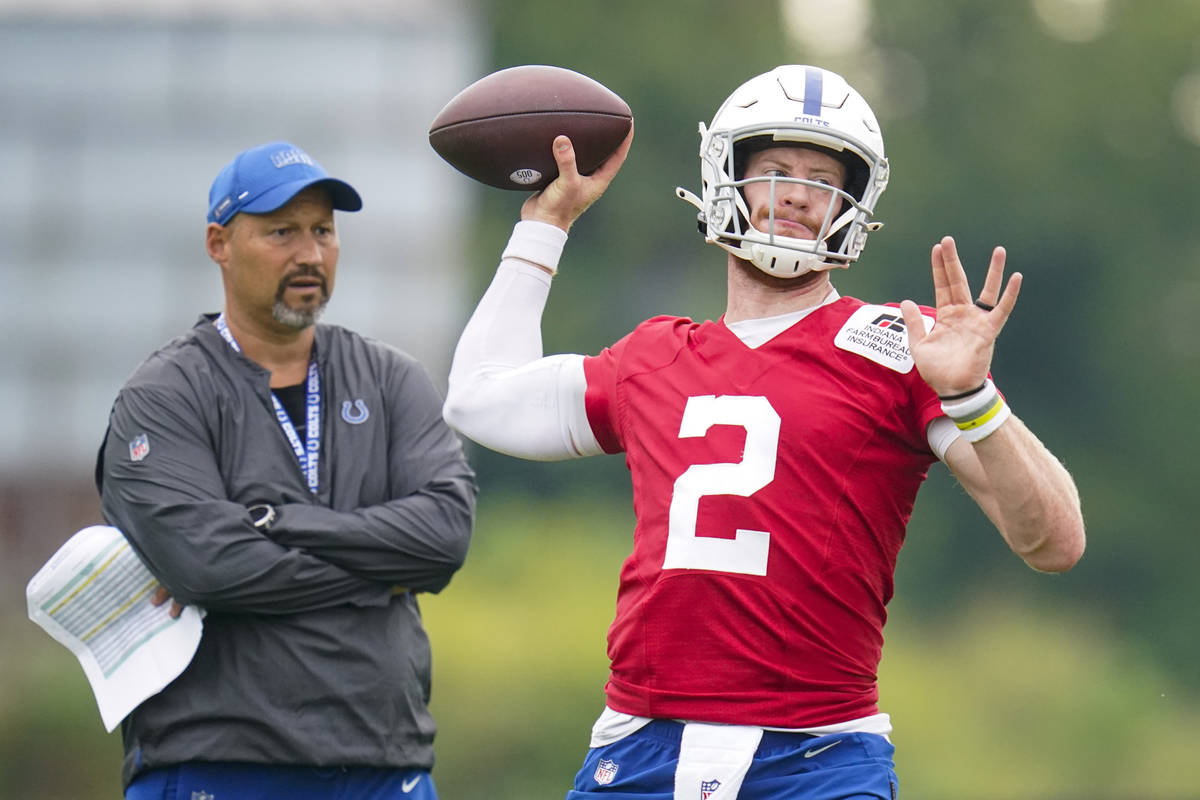 When Carson Wentz was expected to start at quarterback for the Colts, Indianapolis was a 3-point home favorite over the Seattle Seahawks at Circa Sports in Week 1 of the NFL season.

With Wentz now expected to miss five to 12 weeks with a broken foot, that line has flipped to Seattle -3½.

Indianapolis, which also lost All-Pro left guard Quenton Nelson for five to 12 weeks Monday, also with a broken foot, plans to use Jacob Eason as the starting quarterback, followed on the depth chart by rookie Sam Ehlinger and journeyman Brett Hundley.

“They really don’t have a veteran quarterback, and that was the major question mark with the Colts,” Red Rock Resort sportsbook director Chuck Esposito said. “Even with a healthy Carson Wentz, there was a question if he could get them to the next level. Without him, they’re definitely in big trouble unless they get a veteran quarterback.”

“The Colts have one of the toughest early first month schedules in the league,” Esposito said. “Without Wentz, they could get off to a slow start.”

After opening against Seattle, Indianapolis hosts the Los Angeles Rams, then has three straight road games at Tennessee, Miami and Baltimore.

“I think Nick Foles is a guy they’ll target just because he’s familiar with (Colts coach) Frank Reich and their time with the Eagles together,” Esposito said. “He’s not going to play for the Bears behind Andy Dalton and Justin Fields.”