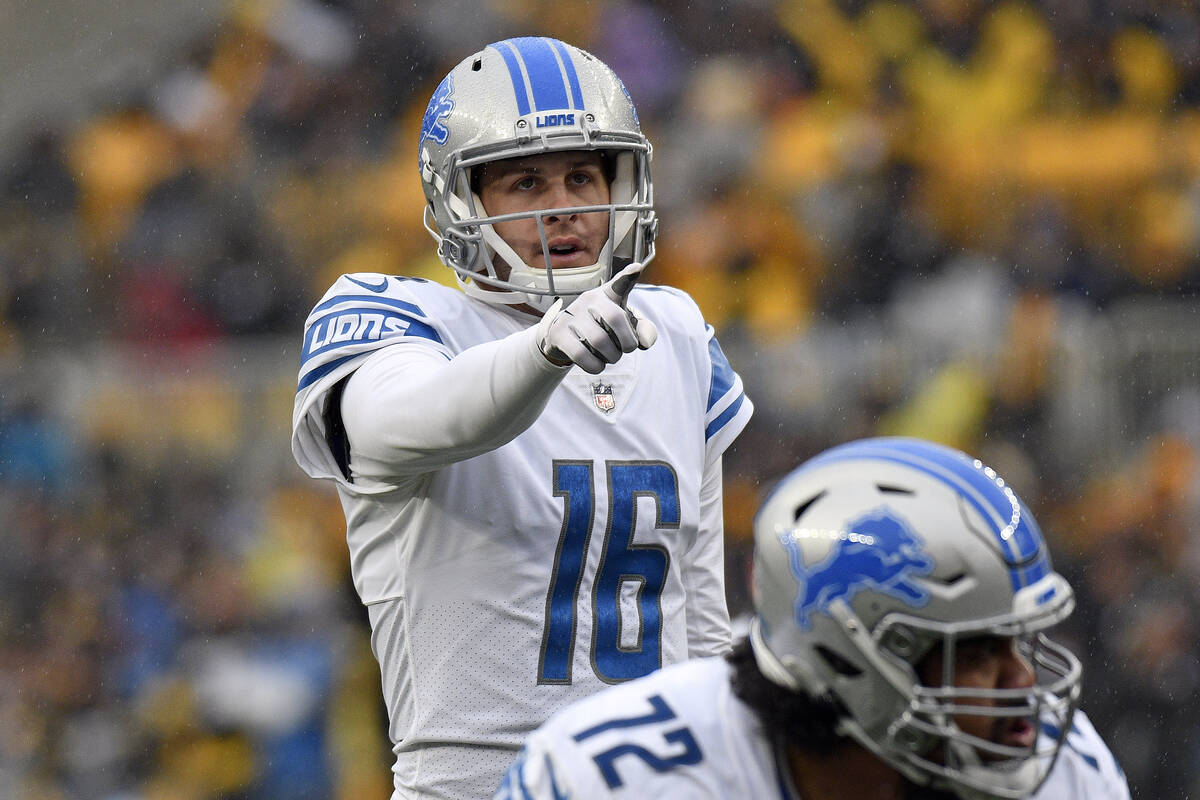 Detroit Lions quarterback Jared Goff (16) plays during the first half of an NFL football game against the Pittsburgh Steelers in Pittsburgh, Sunday, Nov. 14, 2021. (AP Photo/Don Wright)

Two entries collected $325,000 each after tying for first in the William Hill College Pick’em contest.

The entries, under the aliases Heatwave and CastleRocker, went 6-2 in the last week to finish 51-29. No names were available.

In the contest, entrants selected eight college football games against the spread each week for 10 weeks.

The elimination contests continued to whittle their fields. Station Casinos’ NFL Last Man Standing contest is down to the final two vying for $150,000.

Nearly 75 percent of the Circa Survivor field was wiped out, with most of those eliminated having the Pittsburgh Steelers, who tied 16-16 with the Detroit Lions. (A tie is a loss in Survivor.)

Circa Sports pointed out one positive: Last week was the first one in which every entry actually made a selection and no one was eliminated by default.

Each week, I’ll track the major handicapping contests and detail my progress (or lack thereof). Here’s how the contests stand after Week 10:

Barnes’ status: Eliminated in Week 9 when the Bills lost to the Jaguars 9-6.

Format: Contestants pick eight college games against the spread each week for 10 weeks ($1,000 per entry).

Format: Contestants pick 15 NFL straight-up winners (or selected totals) each week ($25 per entry). There are weekly and season-long prizes.