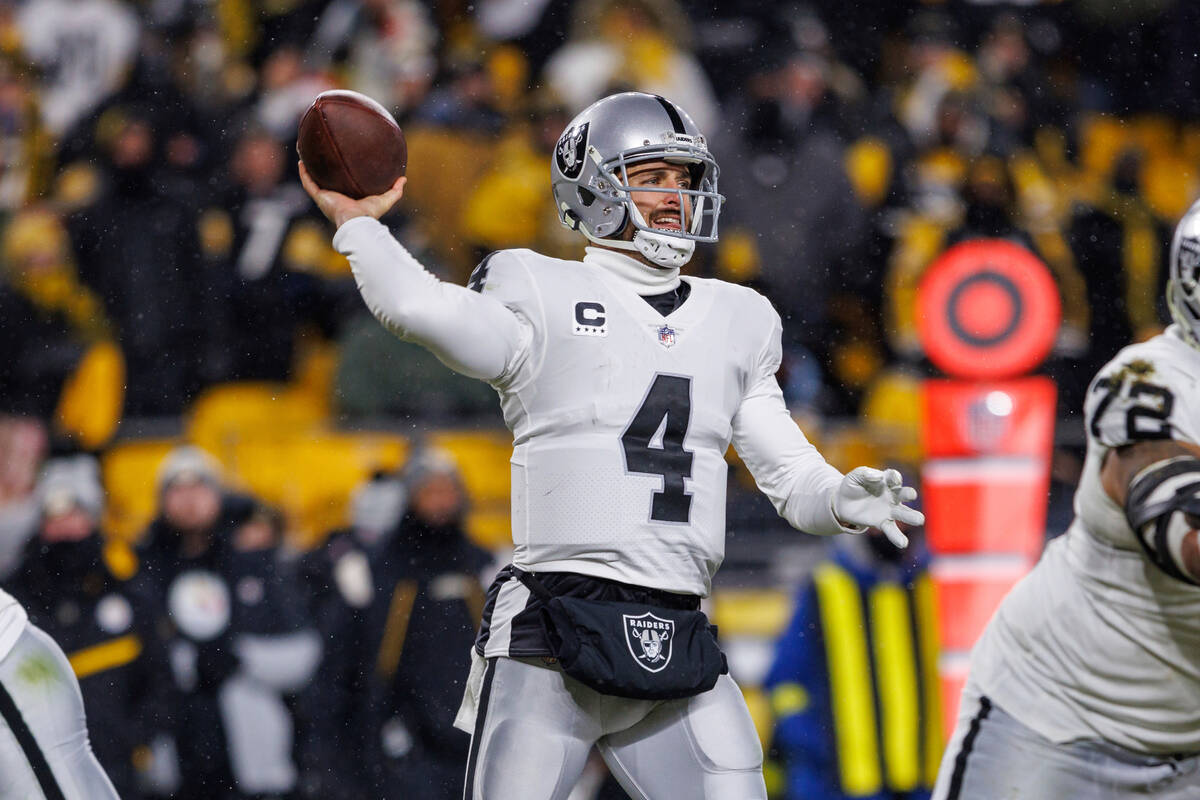 The Raiders benching quarterback Derek Carr has driven up the betting line for Sunday’s game against the San Francisco 49ers at Allegiant Stadium.

The visiting 49ers were consensus 10-point favorites Wednesday at Las Vegas sportsbooks after being -6 at the start of the day.

“It moved dramatically,” Red Rock Resort sportsbook director Chuck Esposito said via text message. “Funny, but we had seen some sharp action on the Raiders prior to the announcement. Number was SF -6 and rocketed to -10. Wouldn’t surprise me if it goes higher.”

The Raiders announced Wednesday that Jarrett Stidham will start the final two games in place of Carr despite the team still being mathematically alive to reach the postseason.

San Francisco has the NFL’s top-ranked defense, and the total plummeted to 41½ after being at 44½ during the week.