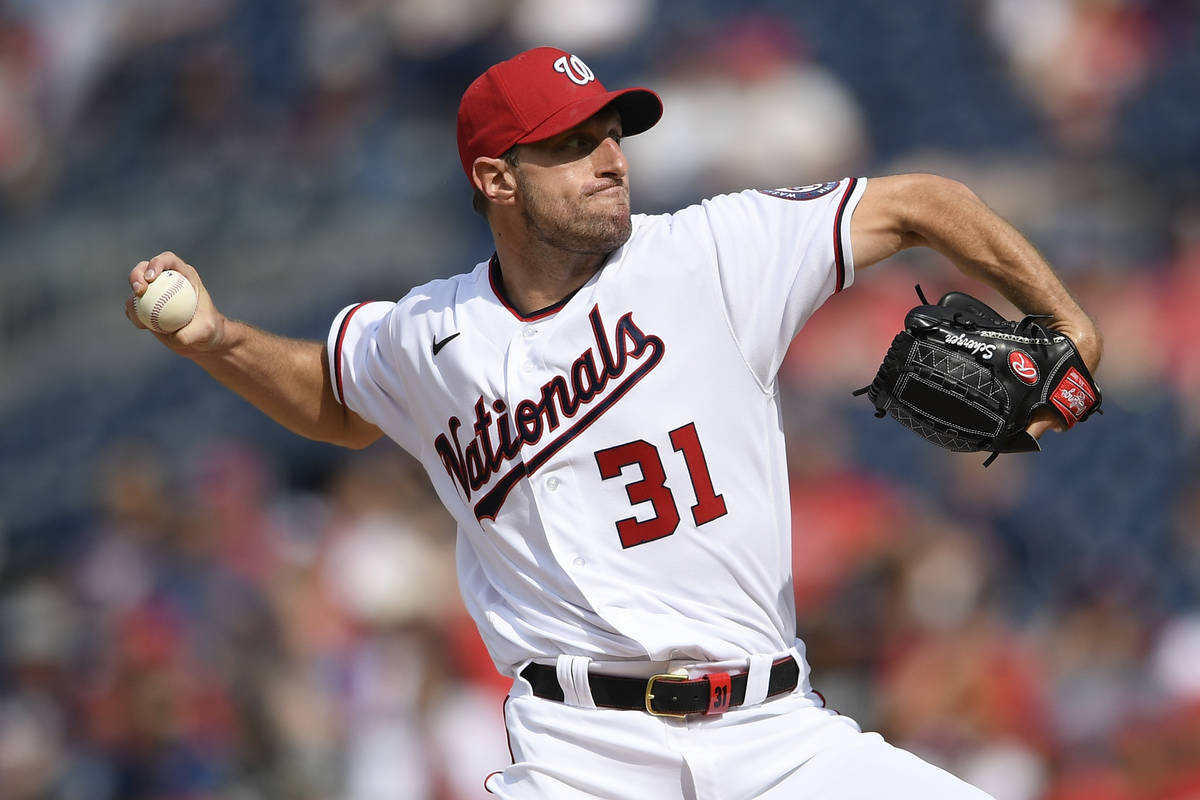 The trade winds that blew from Washington, D.C., to Los Angeles on Thursday caused the title odds to drop on the Dodgers and Lakers.

After the Dodgers acquired three-time Cy Young Award winner Max Scherzer and All-Star shortstop Trea Turner in a trade with the Washington Nationals, the Westgate lowered L.A. from 3-1 to 2-1 favorites to repeat as World Series champions.

The Nets are the 3-1 favorites to win the 2022 NBA championship. But the Lakers closed the gap on Brooklyn after agreeing to a deal with the Washington Wizards to acquire former NBA MVP Russell Westbrook. LA’s odds dipped from +450 to the +350 second choice to win it all next season.

“The Dodgers made out better than the Lakers did,” said Westgate vice president of risk Jeff Sherman, a lifelong Lakers fan. “We lowered the Lakers from 9-2 to 7-2 just with the expected response of the betting public.”

His spotty outside shooting and possible negative effect on team chemistry are a concern with Westbrook, who will be playing for his fourth team in four seasons.

“When the Lakers played the Rockets in the bubble, they just left Westbrook outside to shoot and it worked,” Sherman said. “Free agency starts Monday. They definitely need some 3-point assistance.

“There’s a chance, if they don’t construct the team better than they are now, that they could drift back up to 4-1.”

The Dodgers inched back up to +225 on Friday afternoon after the division-leading San Francisco Giants reached a deal to acquire Las Vegan and former National League MVP Kris Bryant.

The Giants, whose World Series odds dipped from 12-1 to 10-1 after the trade, entered Friday with a three-game lead over LA in the NL West.

“It seems like the Dodgers have had a bad year in a way because they’re not in first place and have not played up to preseason expectations. But they’re still 20 games over .500.,” Westgate sportsbook manager Randy Blum said. “(Mookie) Betts is hurt. (Cody) Bellinger is hurt. Those guys will come back. I don’t think we’ve seen the best of the Dodgers yet.

“They’ll be pretty hard to contend with in a playoff series with (Walker) Buehler, Scherzer and (Clayton) Kershaw.”

The Westgate also trimmed the Yankees’ title odds from 20-1 to 14-1 after they acquired Las Vegan and All-Star outfielder Joey Gallo and All-Star first baseman Anthony Rizzo.

“They’re good pickups, especially because they’re left-handed hitters,” Blum said. “But the Yankees are also back significantly in the division behind two teams. If they do make the playoffs, it will probably be as the wild card.”

Entering Friday, New York trailed the Boston Red Sox by 8½ games in the American League East and were 3½ games back in the wild-card race.

Toronto’s odds dropped from 30-1 to 25-1 on Friday after it acquired All-Star pitcher Jose Berrios from the Minnesota Twins. The Blue Jays are 9½ games out in the AL East and 4½ back in the wild card.

“That’s exactly what they need, but they’re the fourth team in that division right now,” Blum said. “They still have a tough road.”