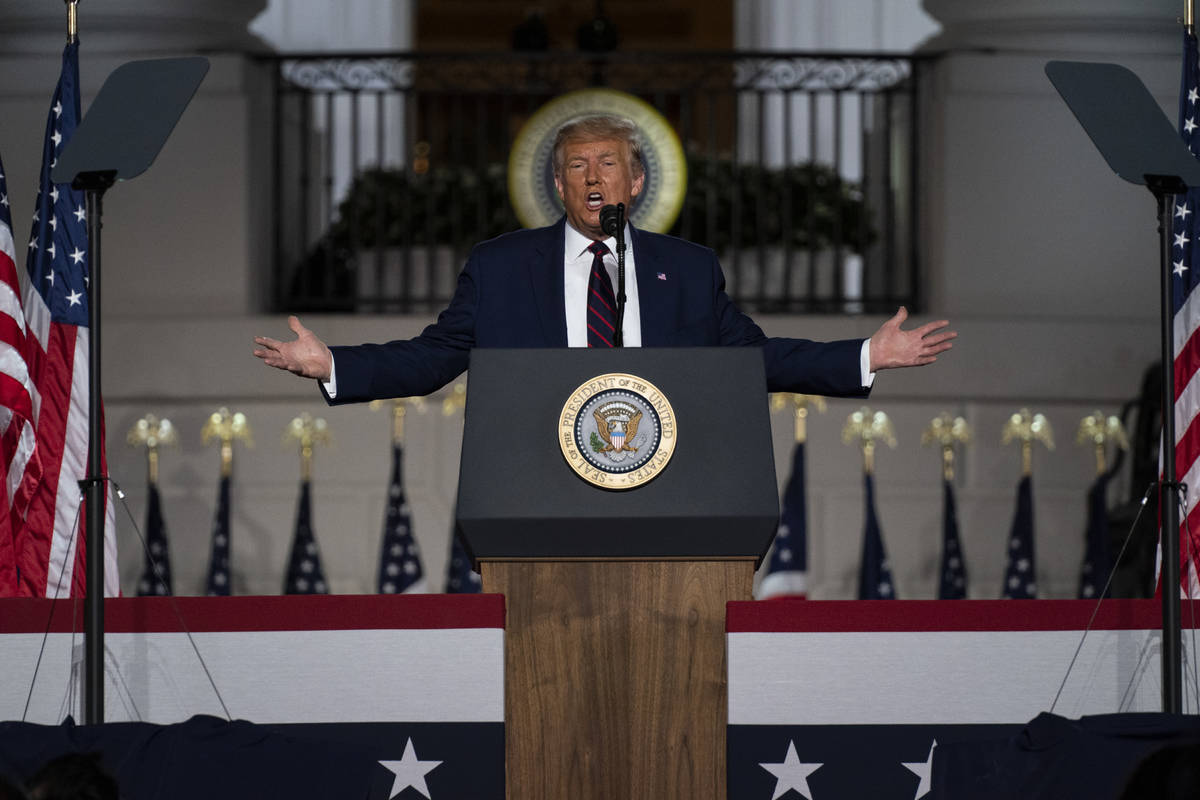 President Donald Trump speaks from the South Lawn of the White House on the fourth day of the Republican National Convention, Thursday, Aug. 27, 2020, in Washington. (AP Photo/Evan Vucci)

President Donald Trump continued to gain ground on Joe Biden over the weekend in betting odds on the U.S. presidential election, which now appears to be a toss-up.

Democratic nominee Biden dipped from a -130 favorite over Trump to -118 on Thursday following the Republican National Convention. But the election is now a pick’em at offshore sportsbook Pinnacle (-108/-108) and at William Hill sportsbook in the United Kingdom.

Trump and Biden also were momentarily dead even over the weekend at London-based Betfair Exchange before the odds settled Monday with Biden as a -110 favorite over Trump, whose even-money odds are at their best point at Betfair since May 1.

“Donald Trump’s remarkable comeback continues at pace, and he is now within touching distance of Joe Biden,” Betfair spokesperson Darren Hughes said in an email. “Biden can now no longer be called the clear favorite for the election, and should the momentum for Trump continue through the week, it looks like another four years for the president will become the most likely election outcome.”

Betting on the election is not allowed at U.S. sportsbooks.