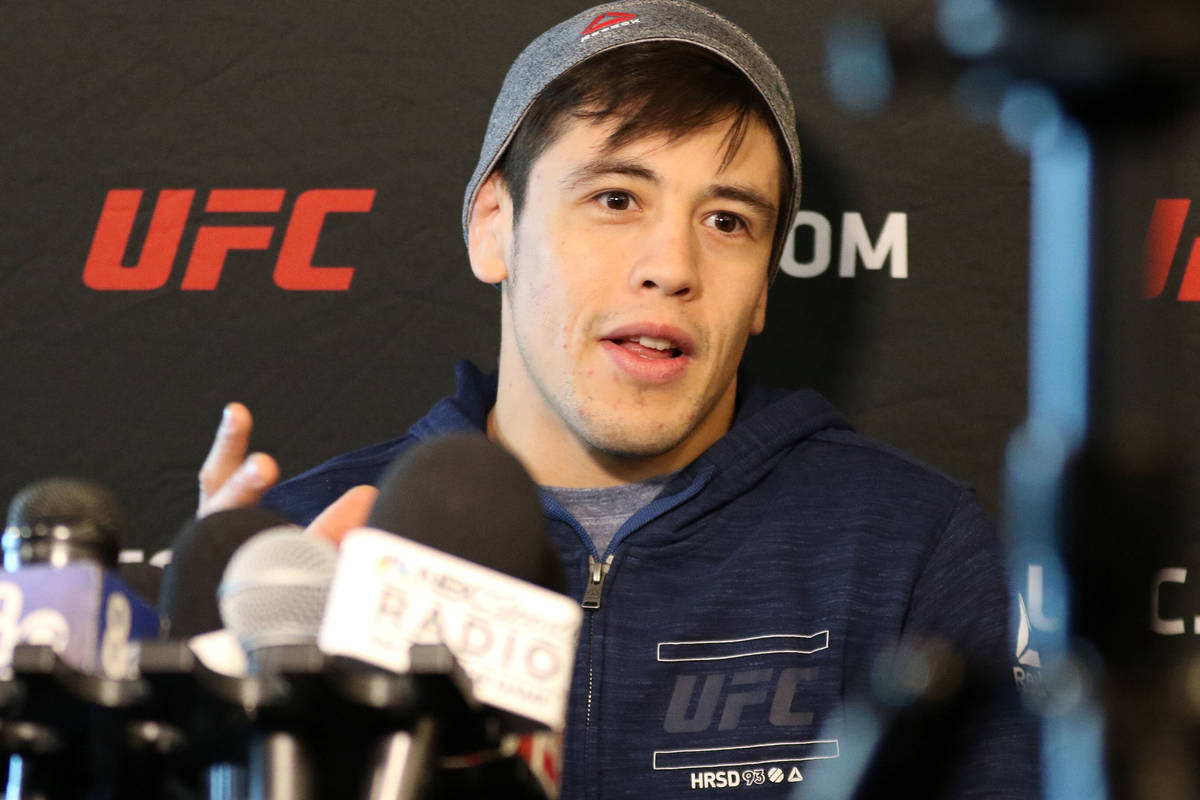 Israel Adesanya and Marvin Vettori will square off in a middleweight title fight in the main event of UFC 263 on Saturday at Gila River Arena in Glendale, Arizona.

But handicapper Lou Finocchiaro, who went 4-0 on his plays last week in the Review-Journal, said his best bet in recent years is in the co-main event.

Finocchiaro (@GambLou) is banking on Brandon Moreno to upset UFC flyweight champion Deiveson Figueiredo as a +180 underdog in a rematch of their December fight that was ruled a draw.

“Figueiredo made the weight (Friday) looking gaunt, drawn and feeble leaving the stage. I know because I was there watching him,” Finocchario said. “Moreno is two inches taller, has arm and leg reach advantages, and he’s younger. He’s an absolute buy at +180 and do it immediately.

“Moreno is a Mexican fighter from Tijuana fighting in the heart of the Sonoran Desert in Phoenix. The whole crowd is there to see Moreno and has already voiced their support for him. That has completely rankled Figueiredo.”

Paul Craig is a +255 underdog to Jamahal Hill in a light heavyweight fight on the main card. But Finocchiaro recommends a small play on Craig to win by submission, which pays 5-1 at Circa Sports.

Finocchiaro is backing Brad Riddell over Drew Dober in a lightweight bout mostly because he said Dober, a superior wrestler, told him that he wants to put on a show for the crowd and plans to trade blows rather than take the fight to the floor.

“Dober believes people want to see that, and they do, but I don’t think it’s smart,” he said. “Riddell is a Muay Thai kickboxing savant.”

Finocchiaro is banking on Darren “The Dentist” Stewart to upset Eryk Anders in a light heavyweight fight. It’s a rematch of a fight in March that ended early after Anders landed an illegal knee.

“They fought a few months ago at 185 pounds. This fight is at 205 pounds at the request of Stewart, who is ripped at 205. How he gets to 185 is beyond me. It was depleting him,” he said. “It was a mistake for Anders to take this fight at this weight. I think Stewart is going to be a new man at the new weight.”