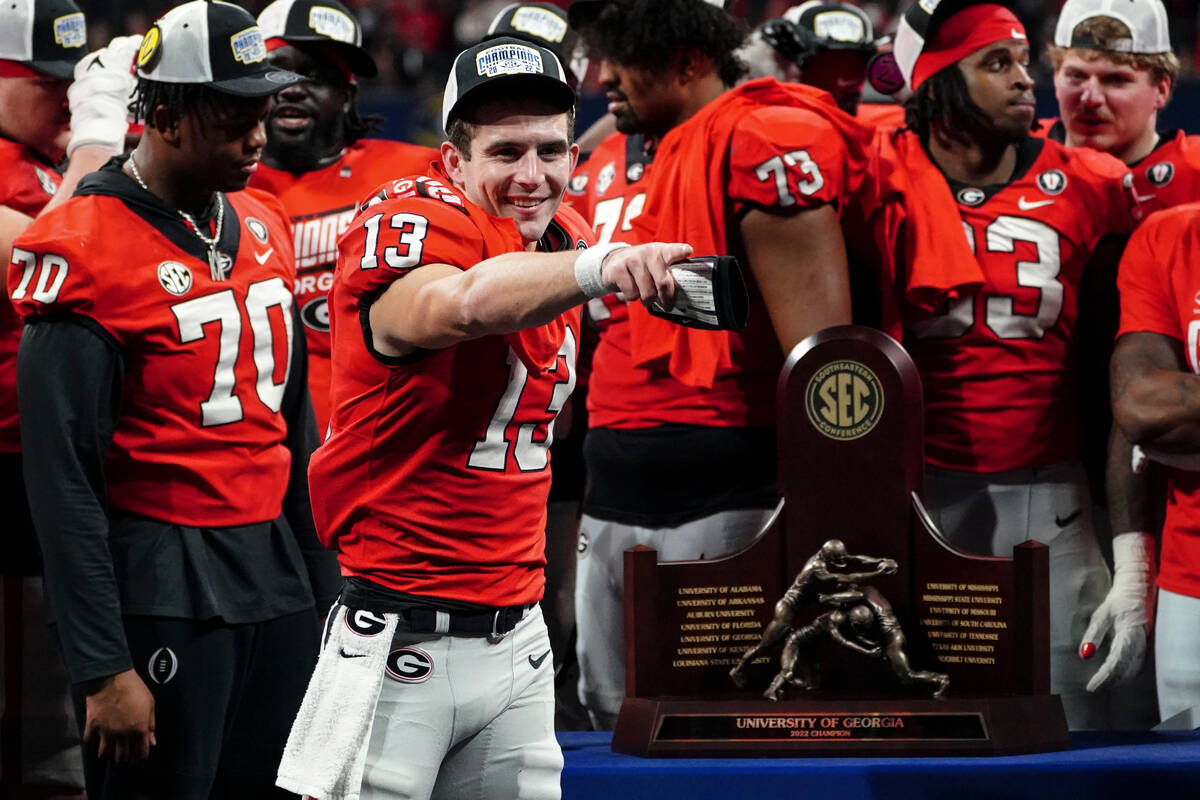 No. 1 Georgia is a 6½-point favorite over No. 4 Ohio State at the Westgate SuperBook and Station Casinos in the Peach Bowl at Mercedes-Benz Stadium in Atlanta. Caesars Sportsbook has the Bulldogs as 7-point favorites.

The SuperBook and Station Casinos have No. 2 Michigan as a 9-point favorite over No. 3 Texas Christian in the Fiesta Bowl at State Farm Stadium in Glendale, Arizona. Caesars has the Wolverines at -9½.

The total for TCU-Michigan jumped to 60 at the SuperBook, up from the opening number of 59½. Station has the total at 60.

Georgia (13-0) is looking to become the first repeat national champion since Alabama in 2011-12. The Bulldogs won all but one of their games by double digits, including pounding Louisiana State 50-30 in the Southeastern Conference title game Saturday as 17½-point favorites.

Michigan (13-0) rolled past Purdue 43-22 in Saturday’s Big Ten title game, covering as 15½-point favorites on a late touchdown. The Wolverines are making their second straight playoff appearance after losing to Georgia in the semifinals last season.

TCU (12-1) lost to Kansas State 31-28 in overtime in the Big 12 championship game as a slight underdog, but was selected on the strength of its regular-season results. Horned Frogs quarterback Max Duggan is a candidate for the Heisman Trophy in a wide-open race.

Ohio State (11-1) backed into the playoff when Southern California was blown out by Utah in the Pac-12 championship game Friday. The Buckeyes lost 45-23 to Michigan as 9-point home favorites on Nov. 26 in their last game.

Alabama (10-2) missed out on the playoff despite lobbying from coach Nick Saban and losses to Tennessee and Louisiana State by a combined four points.