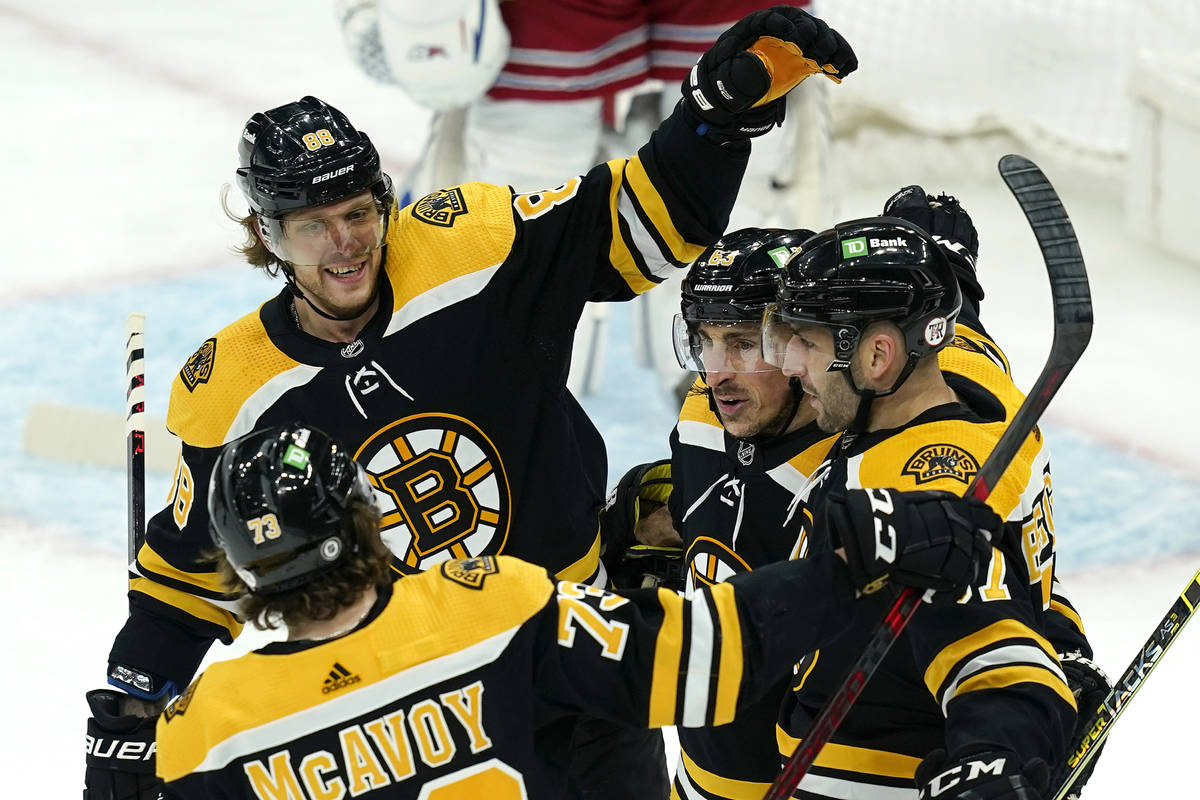 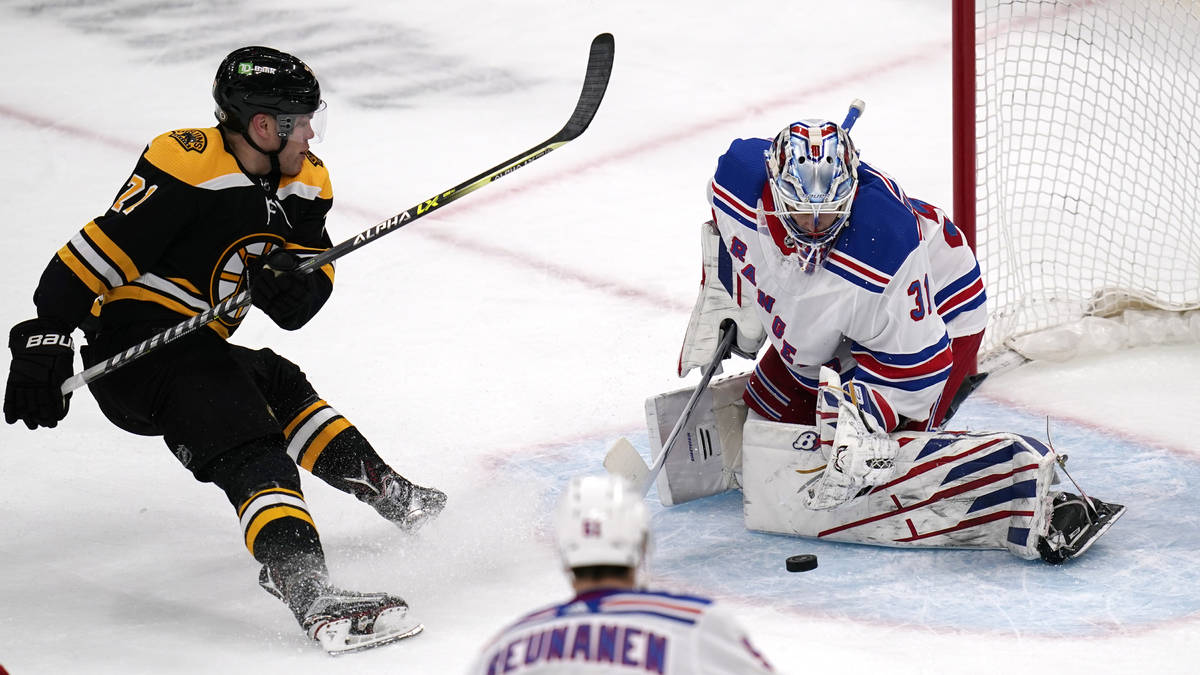 New York Rangers goaltender Igor Shesterkin (31) makes a save on a shot by Boston Bruins left wing Taylor Hall (71) during the third period of an NHL hockey game, Saturday, May 8, 2021, in Boston. (AP Photo/Charles Krupa) 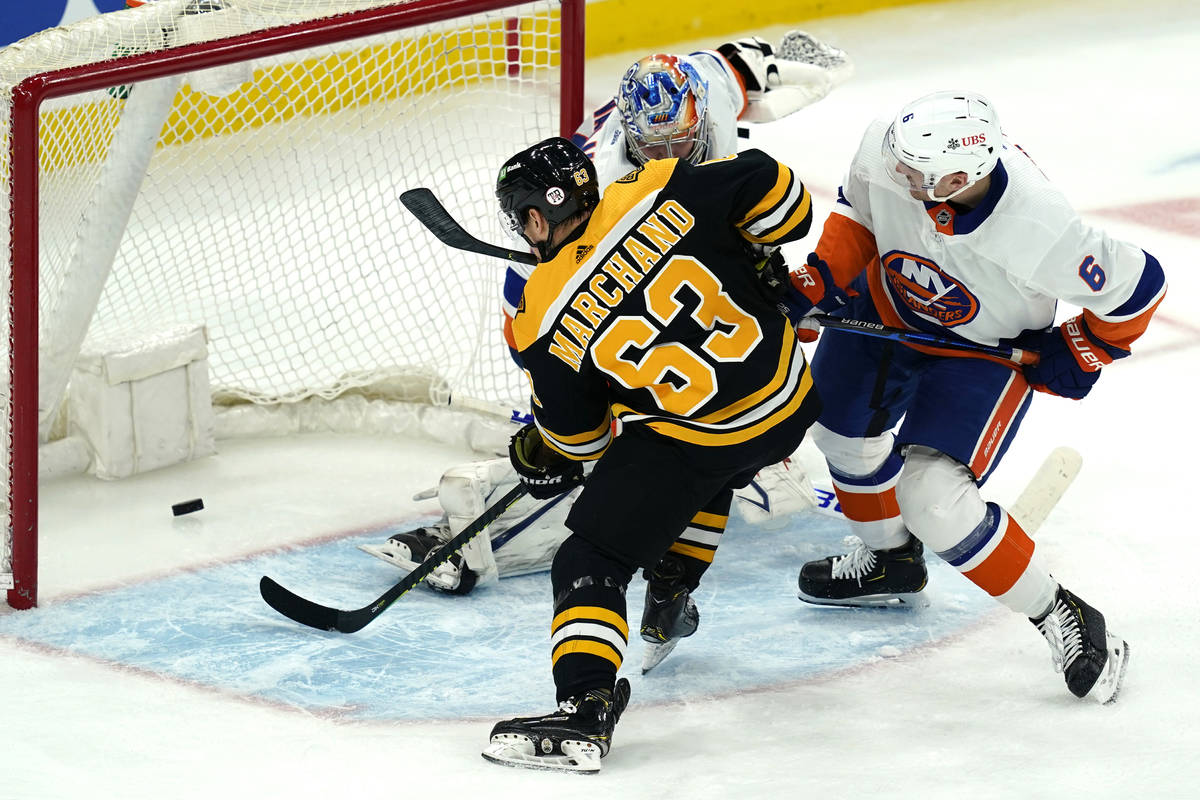 Boston finished third in the East Division this season, but handicapper Alex B. Smith is banking on the Bruins to win it all.

Boston is 12-1 at BetMGM and William Hill sportsbooks to win the Stanley Cup for the first time since 2011.

”After last year’s exit from the bubble, all eyes will be on Bruins goaltender Tuukka Rask, who left the club to deal with personal issues,” said Smith (@Axsmithsports). “His legacy could be defined here with another championship run, along with their cast of offensive stars, including David Pastrnak, Brad Marchand and recently acquired veteran Taylor Hall, who has seen a spark in his game similar to when he was the league MVP in 2018.

“This team knows how to win in big games, and I expect Lord Stanley’s Cup to return to Beantown this summer.”

Handicapper Dana Lane likes the Golden Knights to win the Stanley Cup in their fourth NHL season. Vegas is the +550 second choice at BetMGM behind the Colorado Avalanche (+450).

“Dare I say that this may be the year when we see our first Stanley Cup parade on the Las Vegas Strip after a six-game series against Toronto?” said Lane (@DanaLaneSports). “The 1-2 combination of (goalies Marc-Andre) Fleury and (Robin) Lehner is the best in the league.”

“The Bruins are one of the best defensive teams in the league, while the Capitals have been unreliable in their own end for most of the season,” Lane said. “The Bruins have allowed two or fewer goals in eight of their last 10 games.

“If (Alex) Ovechkin is less than the 100 percent he claims to be right now, that will swing the series completely in Boston’s favor.”

Smith expects Pittsburgh to avenge its 2019 playoff series loss to New York, which swept the Penguins in four games.

“After Pittsburgh’s last two disappointing playoff exits, I expect a strong effort from Sidney Crosby and Co. against a New York club that lost seven of its last 10 games this season and went 2-6 against the Penguins.”

Smith and Lane are on opposite sides in the Tampa Bay-Florida series. Lane is riding the Lightning (-160), and Smith is siding with the Panthers (+140).

“The Panthers are a nice story, but the Lightning have been on cruise control while waiting for the postseason,” Lane said. “I don’t know how much Steven Stamkos and Nikita Kucherov will contribute after coming back from injuries, but if they’re even close to 100 percent, that spells a first-round exit for Joel Quenneville’s team.

”The defending champions have a definitive edge between the pipes with (Andrei) Vasilevskiy.”

Florida has the home-ice advantage after placing second in the Central Division, while Tampa Bay took third.

“The Bolts do get back Stamkos and Kucherov, but whether they’ll be able to knock off the rust right away remains a big question mark,” Smith said. “I expect a grueling series that will go the full seven games, and with a plus price, I’m backing Florida.”

“This selection usually comes down to who is healthiest at the end, and that’s usually determined by who can dispose of their opponents the quickest,” Lane said. “With a major special teams advantage, the Hurricanes should have no problem getting through the Predators.

“It will be interesting to see how much Tampa has left in the tank after what should be one of the most evenly matched series of the postseason against Florida.”

“The Wild were supposed to be in another rebuilding year, but instead turned into a contender thanks to sensational rookie winger Kirill Kaprizov and the solid goaltending tandem of Cam Talbot and Kaapo Kahkonen,” Smith said. “They can give the Golden Knights or Avalanche some trouble in a seven-game series.”