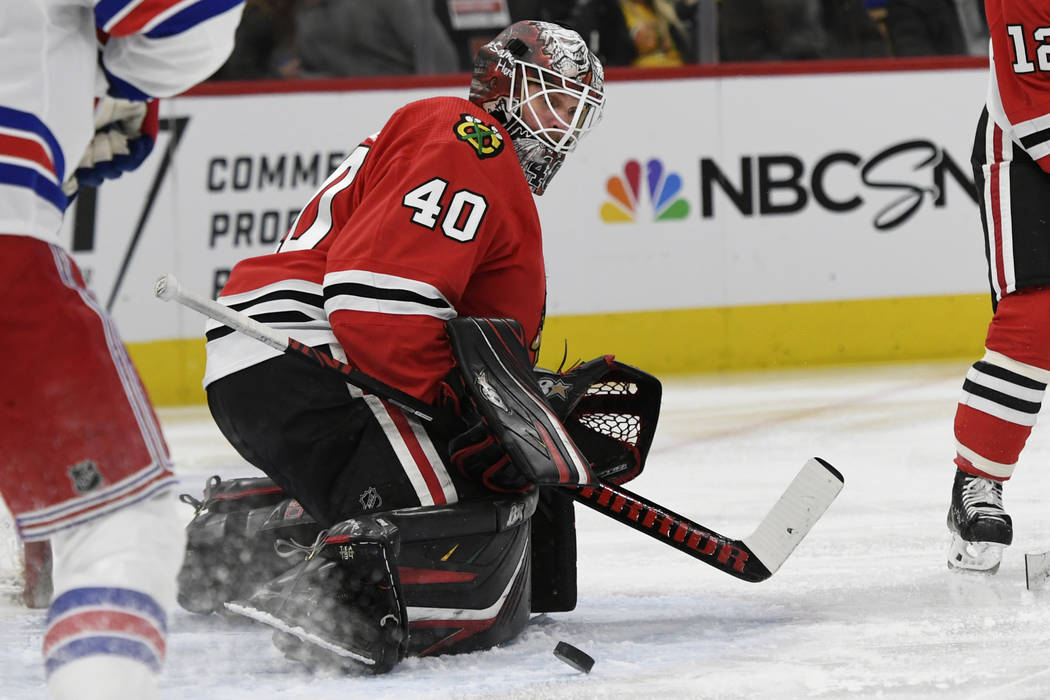 Chicago Blackhawks goalie Robin Lehner (40) of Sweden, makes a save during the second period of an NHL hockey game against the New York Rangers Wednesday, Feb. 19, 2020, in Chicago. (AP Photo/Paul Beaty) 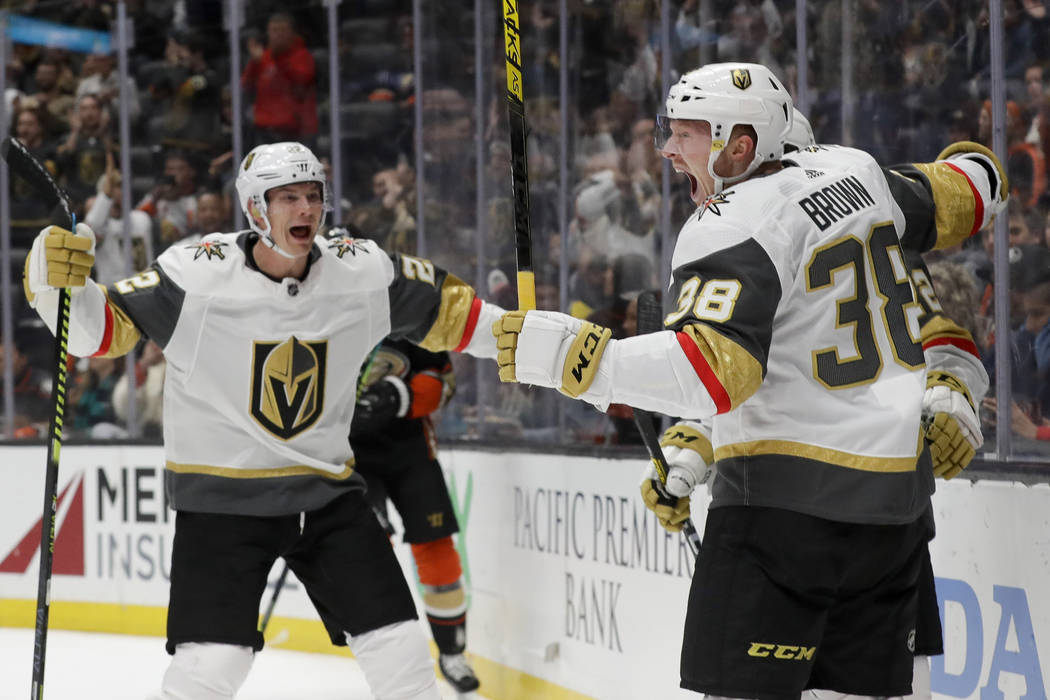 Two weeks after the Golden Knights were clinging to the final playoff spot in the NHL’s Western Conference, they suddenly are the favorites to win the 2020 Stanley Cup.

The Knights, riding a six-game win streak, opened Monday at the Westgate sportsbook as 5-1 co-favorites with the Tampa Bay Lightning to win the NHL title.

However, after the Knights acquired goaltender Robin Lehner in a trade deadline deal with the Chicago Blackhawks, the Westgate made them the sole +450 favorites to win the Stanley Cup.

“That’s a huge upgrade,” said Ed Salmons, Westgate vice president of risk. “They hated to start Subban. Every time they did, he gave up a lot of goals. This guy’s an established player. Stat-wise, he looks like he’s as good as (Marc-Andre) Fleury, if not better.

“I would imagine he’ll get a lot more playing time than Subban did. Fleury was playing way too much.”

“He should help them a little bit because they were banged up on the third and fourth line with injuries,” Salmons said.

“That was a really good move. They definitely needed another defenseman and he seems like a perfect fit,” he said. “Everything the organization does, they’re always ahead of the curve on this stuff. Everything seems like it’s falling in place.”

The Knights (34-22-8, 76 points) have a three-point lead in the Pacific Division after going 10-3-2 in their first 15 games under coach Pete DeBoer, who Salmons said has been the biggest key to the team’s recent run.

“That’s pretty impressive,” Salmons said. “If you go back 10 days and look at the analytics, they were barely above 50 percent to make the playoffs. But they’ve been winning every game lately. I definitely think it’s the coaching change.”

Sharp bettors backed the Rebels, who opened as 15½-point underdogs. The line dipped to 13½ before closing at 14. But William Hill still won on the game overall because of action on the Aztecs, who were -1,600 on the money line, meaning a bettor had to wager $1,600 to win $100.

“It was a good decision,” William Hill sportsbook director Nick Bogdanovich said. “Any time a team like that goes down straight up, it will probably kill some money-line parlays and that’s what we did.

A Westgate bettor lost a five-figure money-line wager on Vermont, which lost 66-64 to Maryland-Baltimore County on Saturday as a 16-point favorite and -4,000 on the money line.

Sunset Station will host its annual “Tip Off to the Tourney” college basketball seminar at 6 p.m. March 17 in Club Madrid. The event is free and open to the public. Pizza and soft drinks will be served. Two entries to Station’s Last Man Standing college basketball contest, which pays $60,000 to the winner, will be given away.