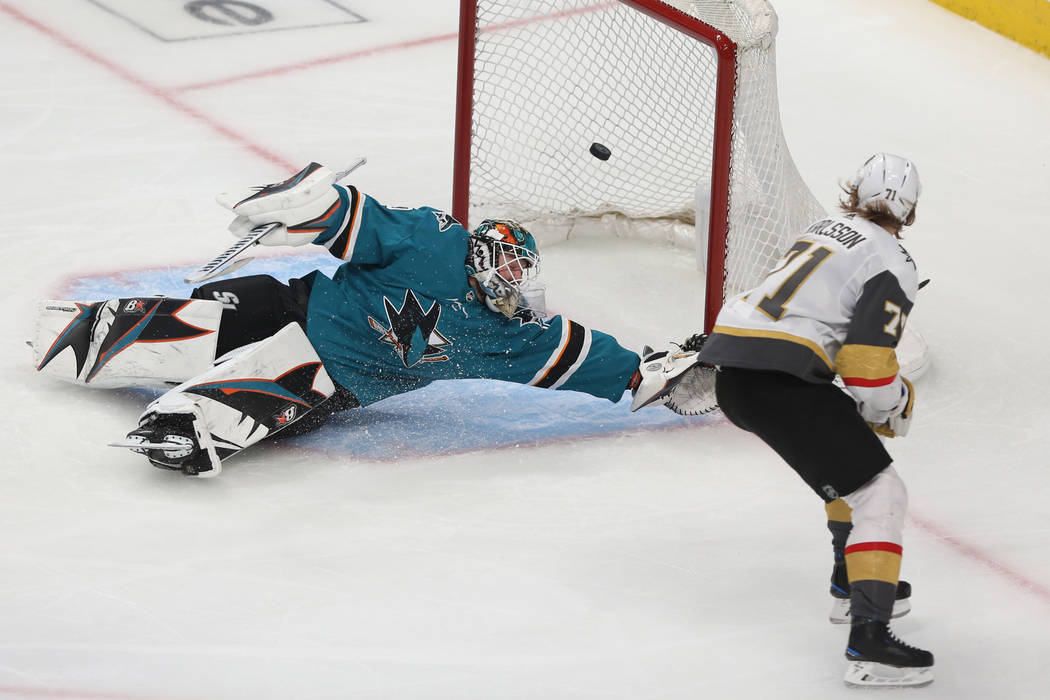 Golden Knights fans and bettors might never get over their excruciating loss in Game 7 of their playoff series against the San Jose Sharks.

But a Stanley Cup title would certainly help ease the pain.

The good news for them is that Las Vegas oddsmakers expect the Knights to contend for the NHL title for years to come.

The Westgate sportsbook posted 2020 Stanley Cup odds on Saturday and listed Vegas as the 10-1 second choice behind the Tampa Bay Lightning, the 6-1 favorites. The Knights are 15-1 at CG Technology.

“If you look at it, the Knights should still be playing now and it looks like they would’ve beaten Colorado and went back to the (Stanley Cup) Final this year,” Westgate sportsbook manager Ed Salmons said. “The Knights are going to be better next year. They have kids looking to come up and the Russian kid they never used.”

“I actually was shocked we wrote money to it,” Salmons said.

The Westgate also already has posted odds on the player to be selected first in the 2020 NFL draft, which will take place in Las Vegas.

“We’ve been hearing people screaming, ‘The draft’s in Las Vegas next year and we can’t wait to see all the props,’” Salmons said. “We’ll probably do this every year because we’re allowed. Last year at this time we weren’t allowed to do this.”

Alabama quarterback Tua Tagovailoa is the minus 200 favorite to be the top overall draft pick. Oregon quarterback Justin Herbert is the 4-1 second choice and Georgia QB Jake Fromm is the 6-1 third pick. The next player on the list is Ohio State defensive end Chase Young at 18-1.

“Two years ago, nobody thought Baker Mayfield would be the No. 1 pick. And nobody thought Kyler Murray would go No. 1 at this time last year. But this year will be different,” Salmons said. “And, obviously when the Clemson kid (QB Trevor Lawrence) comes out (in 2021), he’s going to have to get hurt not to be No. 1.”

An MGM Resorts bettor won a $480,000 wager to win $90,000 on Saul “Canelo” Alvarez over Daniel Jacobs in Saturday night’s middleweight unification fight at T-Mobile Arena. Alvarez, who closed as a consensus minus 500 favorite, won by unanimous decision.

“We ended up a decent winner on the fight,” MGM Resorts sportsbook manager Scott Shelton said. “We swept the pick-the-round prop and Canelo by decision was our best prop outcome.”

A CG Technology bettor hit a $1,200 five-team parlay Sunday that paid $29,300. The gambler had the Phillies, Brewers, Red Sox and Raptors on the money line and the Pirates on the run line (+1½).

Another CG Technology bettor won a $2,000 four-team parlay that paid $20,100 and comprised the Braves, Red Sox, Mariners-Indians over 9 and Red Sox-White Sox over 9½.