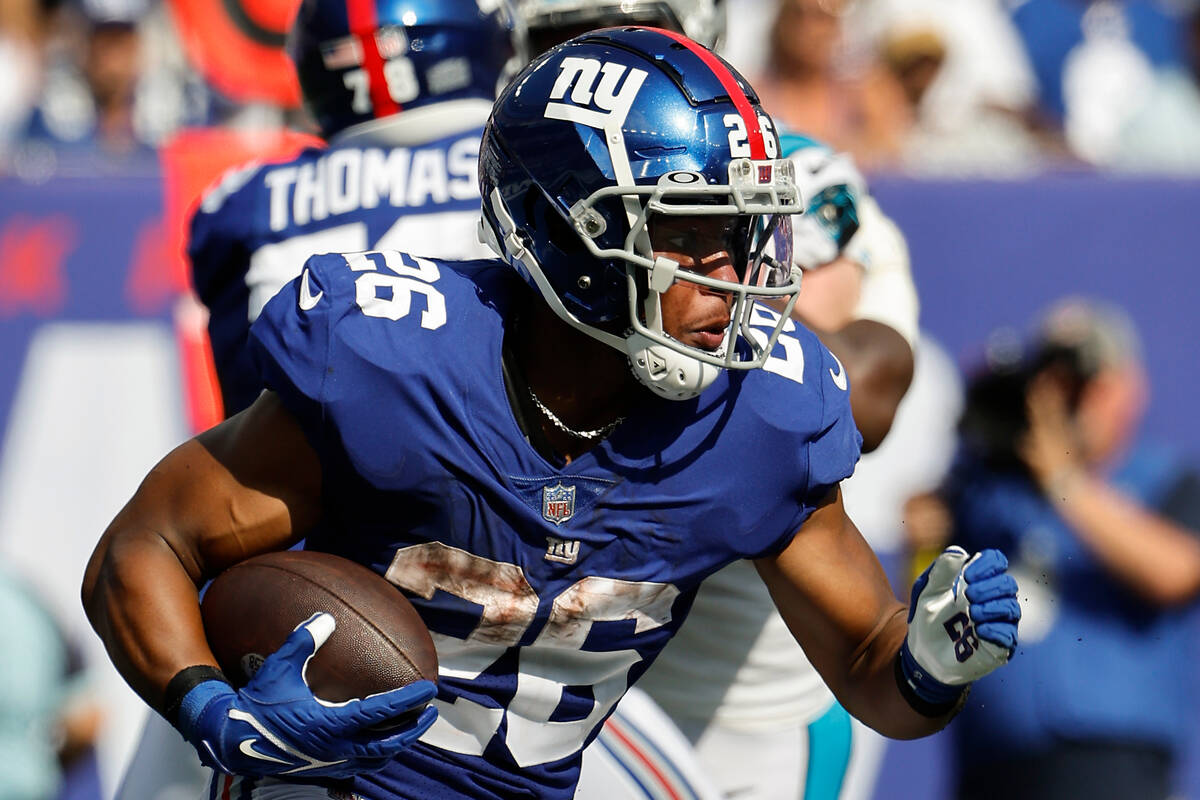 The majority of the action at sportsbooks is on New York (2-0), surprisingly one of only three undefeated NFL teams with the 3-0 Dolphins and Eagles. The Giants are consensus 1-point favorites over the Cowboys, drawing 68 percent of the tickets at Station Casinos and 61 percent of the money at BetMGM.

“The best case is Cowboys and under,” Red Rock Resort sportsbook director Chuck Esposito said. “It’s not a huge decision at this point. The number appears to be trending downward in favor of the Cowboys.”

MGM Resorts director of trading Lamarr Mitchell said his book also needs Dallas (1-1), though the line has dropped after the Giants opened -3.

The consensus total is 38½ after it opened as high as 40½. The number is still 39 at South Point and the Golden Nugget, and 58 percent of the tickets at Station are on the over.

The total at BetMGM was at 39½ on Monday morning before dropping to 38½ on Monday afternoon.

“They’re betting the under a little,” Golden Nugget sportsbook director Tony Miller said. “Great two-way action right now. Number is solid at -1. Took some early money in the week on Cowboys money line. But pretty much going back and forth.

“We’ll see what happens in a few hours when the money comes in.”

The most popular prop at BetMGM is Saquon Barkley’s receiving yards, which are at 22½ yards after opening at 21½ as 96 percent of the action is on the over.