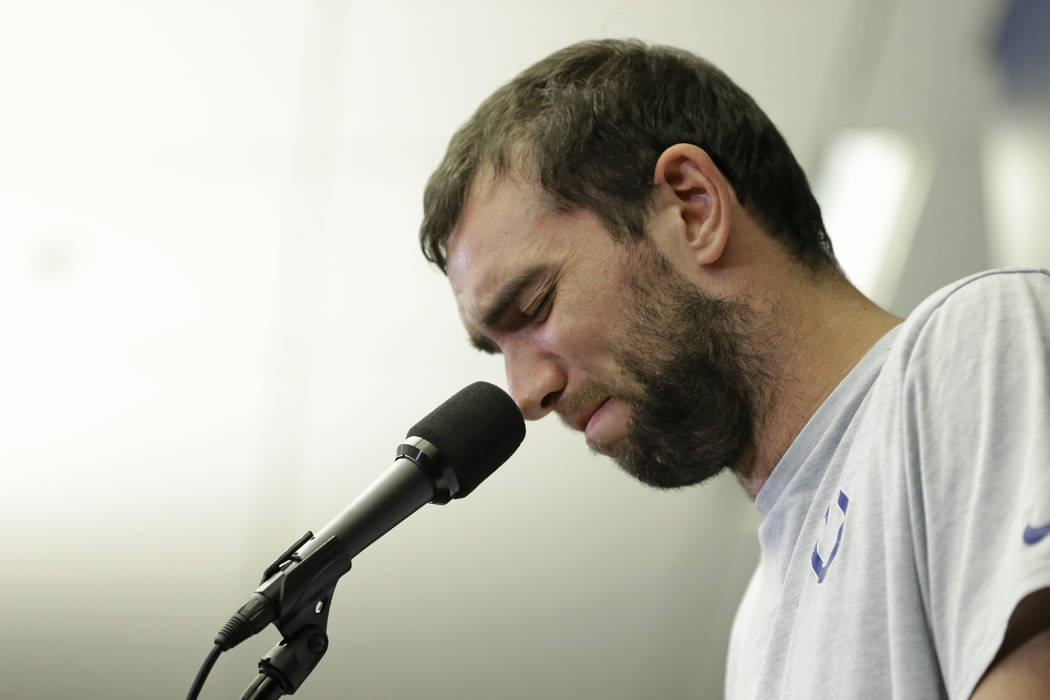 The ripples were certainly felt at Las Vegas sportsbooks.

Most properties immediately took down all wagers involving the Colts, including the side and total in their Week 1 road matchup against the Chargers.

“It just changes so much,” Golden Nugget sports book director Tony Miller said of the quarterback’s decision. “When it broke, we took down just about everything. Odds to make the playoffs, season wins, division odds, conference odds, just about everything you can bet on them.”

Some books will wait until Sunday morning to post revised odds, but others tried to get ahead of the game.

Circa Sports moved the Chargers from 4- to 6-point favorites, but took money on the favorite until the number pushed all the way to 7½. Buyback moved it back down to 7 late in the evening.

CG Technology also had the game at 4 before the news broke and reposted the game at 9½ before sharp action bought it back to 8.

The futures market could prove even more volatile.

Not only will the odds be adjusted on the Colts, but several other teams in the AFC as well.

The Westgate sportsbook plans to adjust many of the futures numbers on Sunday, but moved the Colts from 6-1 to 15-1 to win the conference and from 12-1 to 30-1 to win the Super Bowl.

Numbers on the Chargers, Steelers, Jaguars, Titans and Texans were also affected at the Westgate, where the game against the Chargers remained off the board late Saturday, as did the win totals for all AFC South teams.

“I thought (Luck) was one of the three best quarterbacks in the league when healthy, but I don’t think they’ll just fall off completely because Frank Reich is a good coach and Jacoby Brissett is one of the best backups in the league,” Westgate sports book executive director John Murray said.

Brissett’s development is just one reason Murray believes the situation is different for the Colts than it was two years ago when Luck missed the entire 2017 season.

“The team is so much better than it was two years ago,” he said. “They actually have a real coach and some semblance of an offensive line. That team was awful. Now there’s a core of a decent roster. I don’t think they’ll be that bad, but certainly this is a huge, huge swing for them.”

It may be one of the most impactful announcements on the betting boards in recent memory.

Murray referenced the Barry Sanders retirement, but as good as he was, he was a running back and it happened just before training camp and not so close to the regular-season opener.

“Maybe the three times LeBron (James) changed teams in the offseason,” Murray said of when such significant adjustments were made in the futures market. “But as far as a retirement like this, I think it would be hard to find a fair parallel. A player at a position that important who retires a week before the season when his team is favored to win the division?