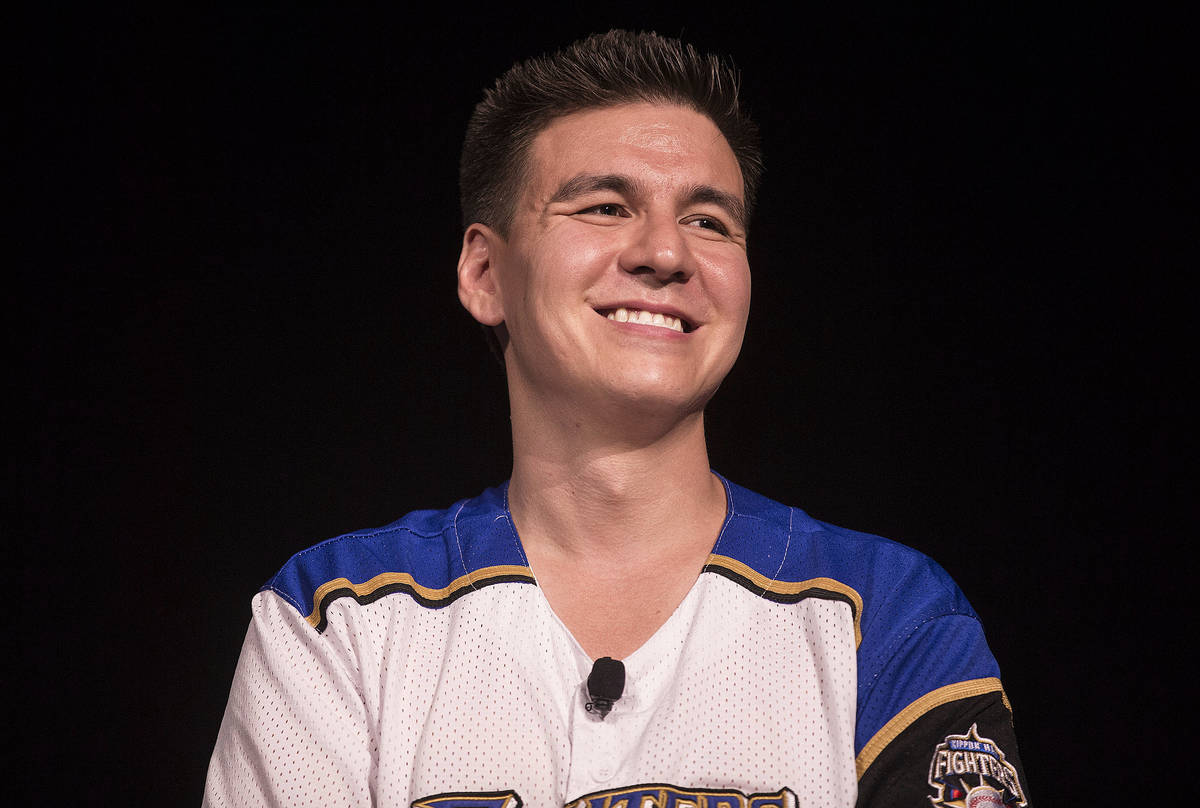 In what James Holzhauer joked on Twitter is “easily the biggest news story of the week,” the former “Jeopardy!” champion will return to TV in ABC’s new prime-time quiz show “The Chase” at a date to be announced.

Holzhauer, a Las Vegas-based professional sports bettor, will join fellow “Jeopardy! The Greatest of All Time” contestants Ken Jennings and Brad Rutter on the show, in which a team of three contestants will compete against the Chaser, described by ABC in a release as “a ruthless quiz genius determined to stop them from winning cash prizes.”

Holzhauer, Jennings and Rutter will take turns serving as the Chaser on the show based on the hit British format on which Holzhauer made his TV debut.

“The Chase was the first game show I was ever on back in 2014, and I’ve been hoping for this job offer ever since,” Holzhauer told the Review-Journal. “The Chaser must combine two of my favorite things: trivia smarts and the persona of a pro wrestling heel.”

The teams get a head start, and the Chaser tries to “catch” them by answering questions quicker and more accurately than the challengers. If the team wins, the members split a large prize based on how many correct answers they gave and how much they gambled along the way.

“Compared to ‘Jeopardy,’ it’s more tense and has a bigger element of risk, and much more money is at stake,” Holzhauer said.

Holzhauer has won more than $3 million overall on game shows, including $2.46 million during last year’s 33-episode run on “Jeopardy!” He also won the show’s 2019 Tournament of Champions’ $250,000 grand prize and received $250,000 for participating in January’s G.O.A.T. tournament, at which he placed second to Jennings.

Jennings made $1 million for winning the G.O.A.T. event and has won $5.2 million on game shows overall.

Rutter, who placed third in the G.O.A.T. tournament, has game show earnings of $5.1 million.

“It will be fun to have a friendly rivalry with Ken and Brad,” Holzhauer said. “And I’m sure they’ll let me hear it if a team ever beats me.”