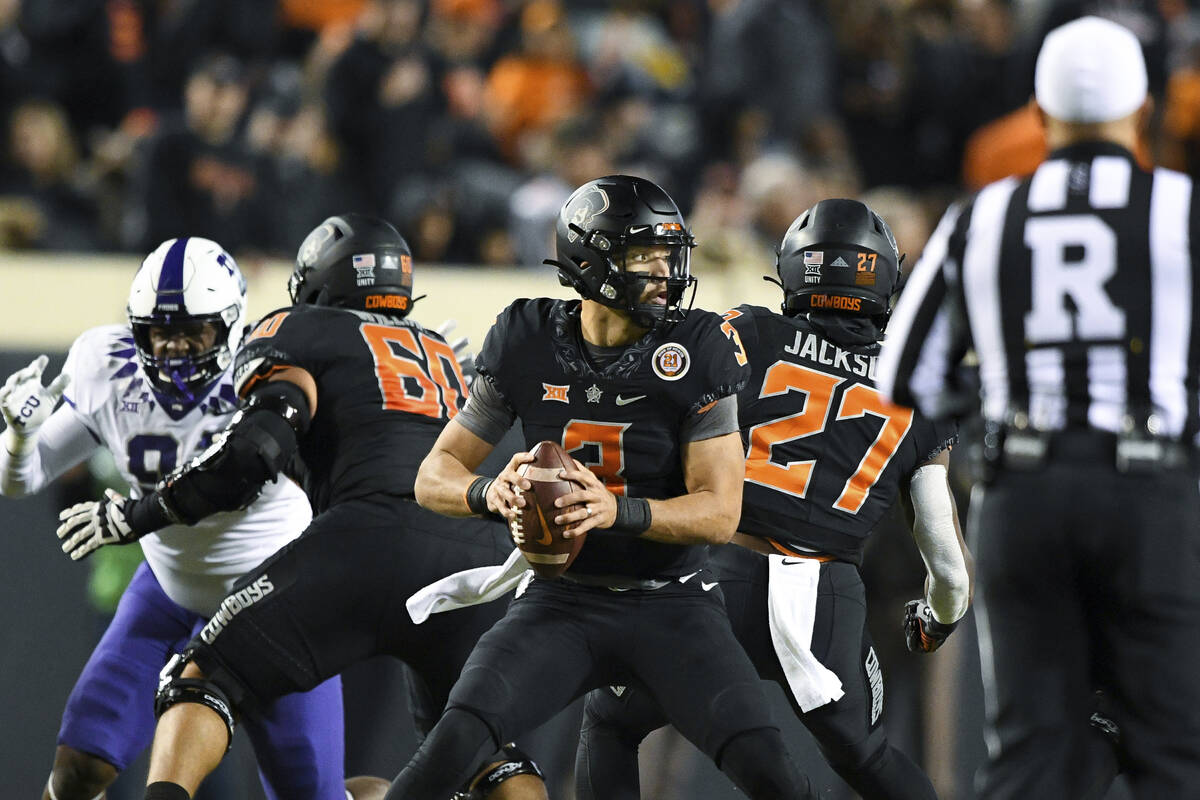 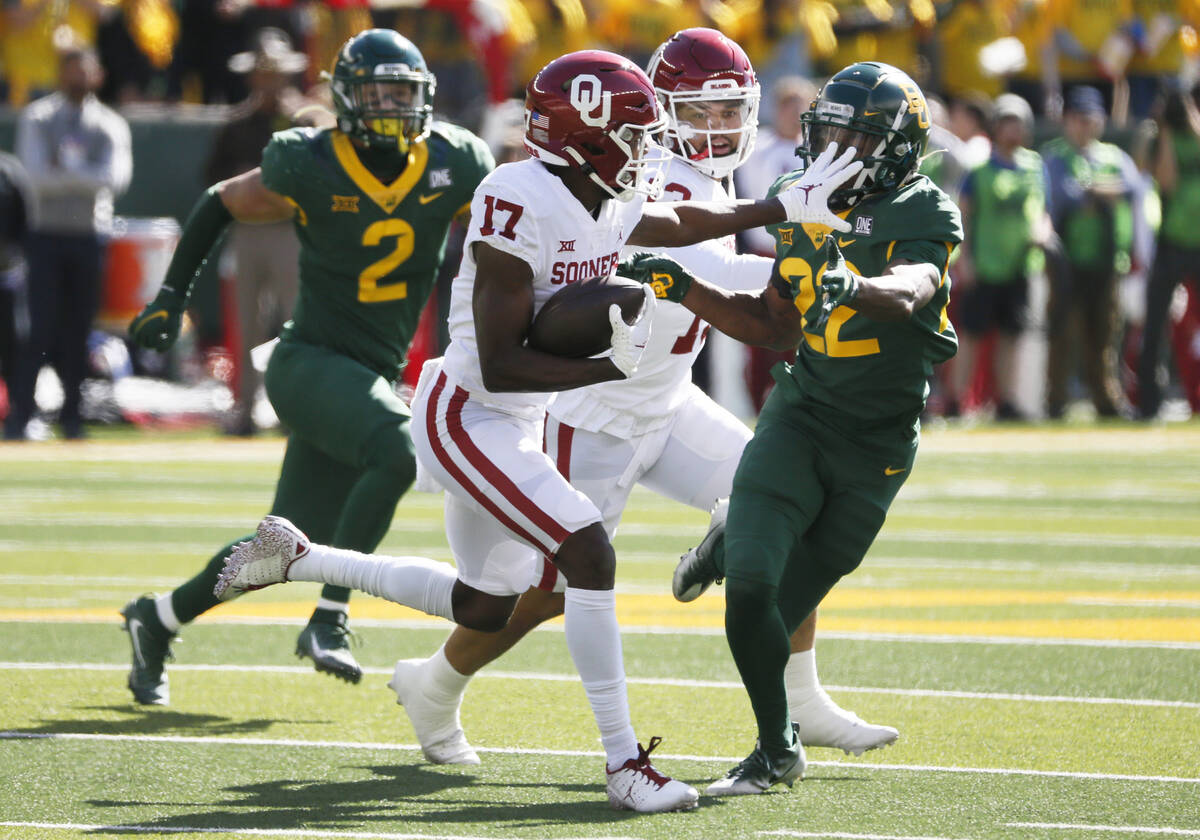 Oklahoma State and Oklahoma aren’t in the top eight of the College Football Playoff rankings, but their national title hopes remain alive ahead of their “Bedlam” rivalry game on Nov. 27.

If they can make it through this week.

Oklahoma State (9-1), ranked No. 9 by the CFP committee, has the clearer path, but the Cowboys face a tricky road test as 10½-point favorites at Texas Tech.

If the Cowboys or Sooners win out, either would have a plausible path to the playoff. They would need Oregon to lose a game and have Ohio State clear out Michigan and Michigan State.

A one-loss Big 12 champion would have a strong chance of leaping Notre Dame and a Cincinnati team that seems destined to be slotted fifth and on the outside looking in whether it goes undefeated or not.

Oklahoma State was slow to garner respect this season, but the Cowboys have gotten better as the season has gone on, including three straight blowout wins (55-3 over Kansas, 24-3 at West Virginia and 63-17 against Texas Christian).

The Red Raiders should be able to keep it within 10½ against an Oklahoma State team just trying to get through the game.

Oklahoma is a different story. The bottom line is, the Sooners aren’t very good. They were manhandled by Baylor last week, and the same fate could be waiting for them Saturday.

Iowa State has had a disappointing season, but the Cyclones would love nothing more than to torch what’s left of the Sooners’ title hopes. Take Iowa State +4.

— Boston College -1½: The Eagles have won two straight since quarterback Phil Jurkovec’s return from injury, and this game should mean a lot more to them than Florida State, which could still be savoring its comeback win over rival Miami.

— Alabama-Birmingham +5: Can you name the third undefeated team in college football besides Georgia and Cincinnati? It’s Texas-San Antonio, which is 10-0 and ranked No. 15 in The Associated Press poll and No. 22 by the CFP committee. But UTSA’s dream season could come crumbling down against UAB, which could snatch the Conference USA West title away with a win. The Blazers have been to the last three C-USA title games and have won two of them, and they’ll make the Roadrunners sweat out their 11th win.

— Kansas State PK: The Wildcats have had a solid third season under coach Chris Klieman at 7-3, and they’re catching Baylor at a perfect time after the Bears upset Oklahoma last week. Baylor hasn’t beaten a good team on the road all season, and that should continue Saturday.