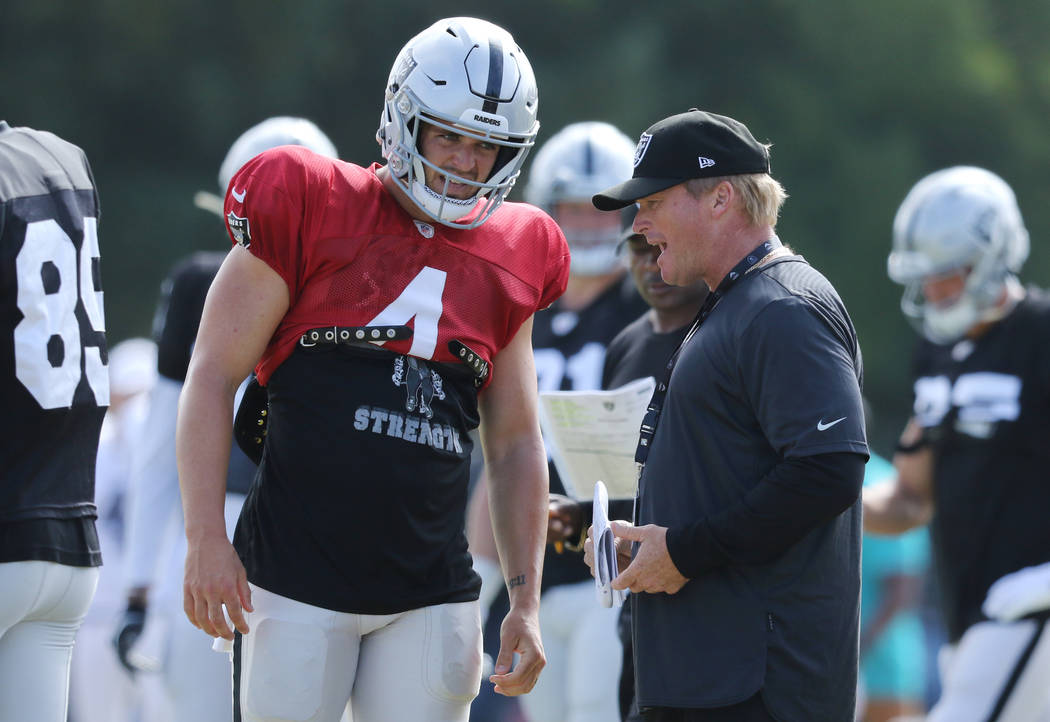 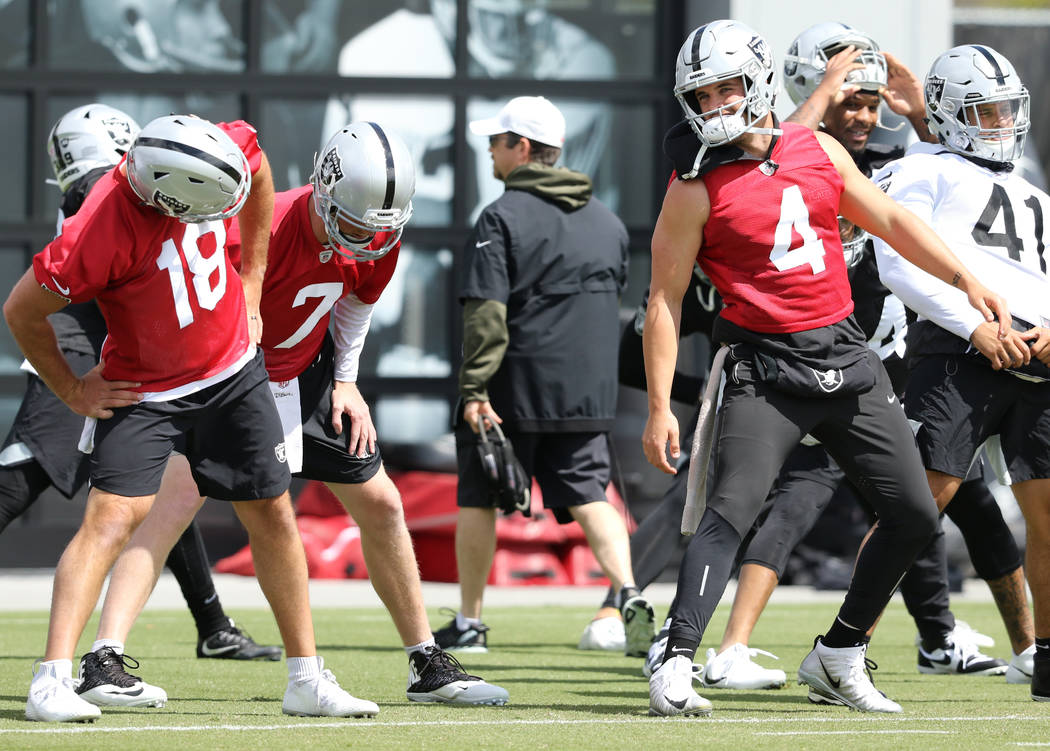 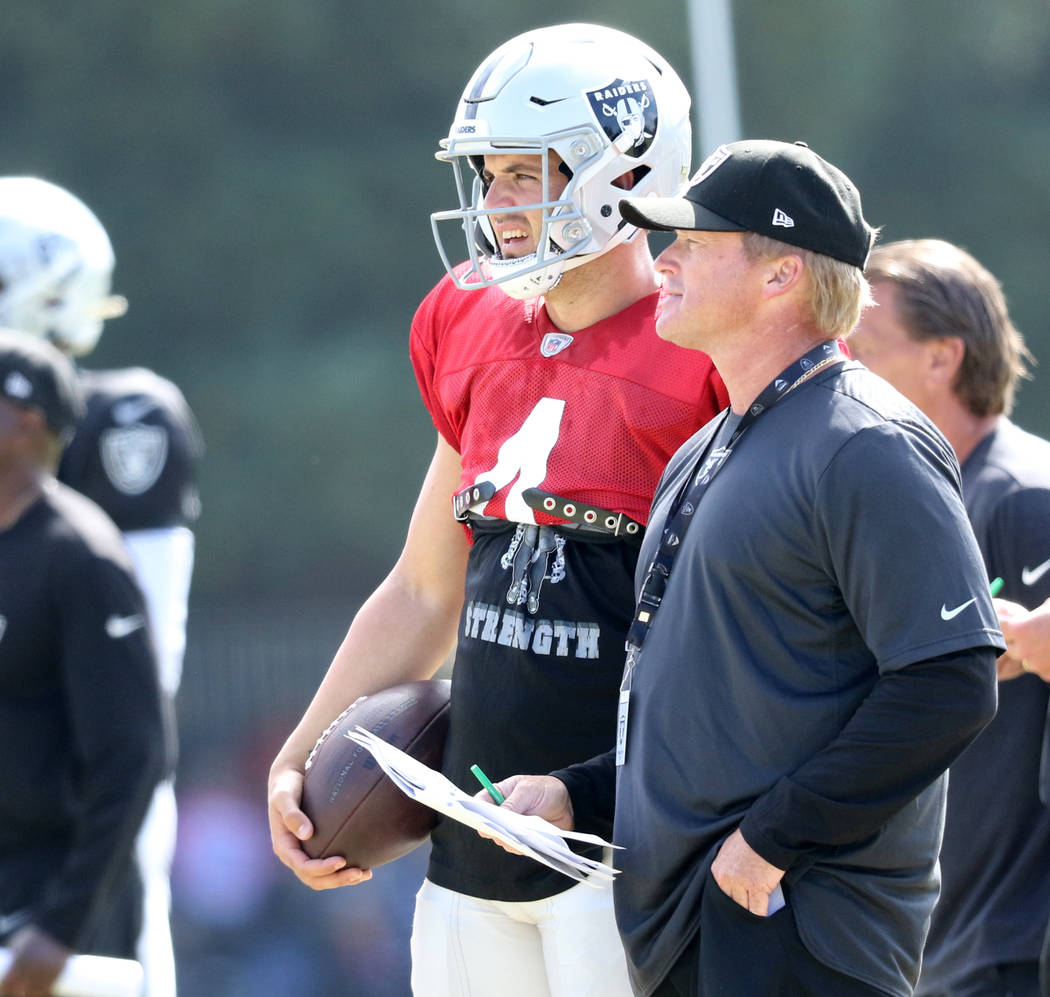 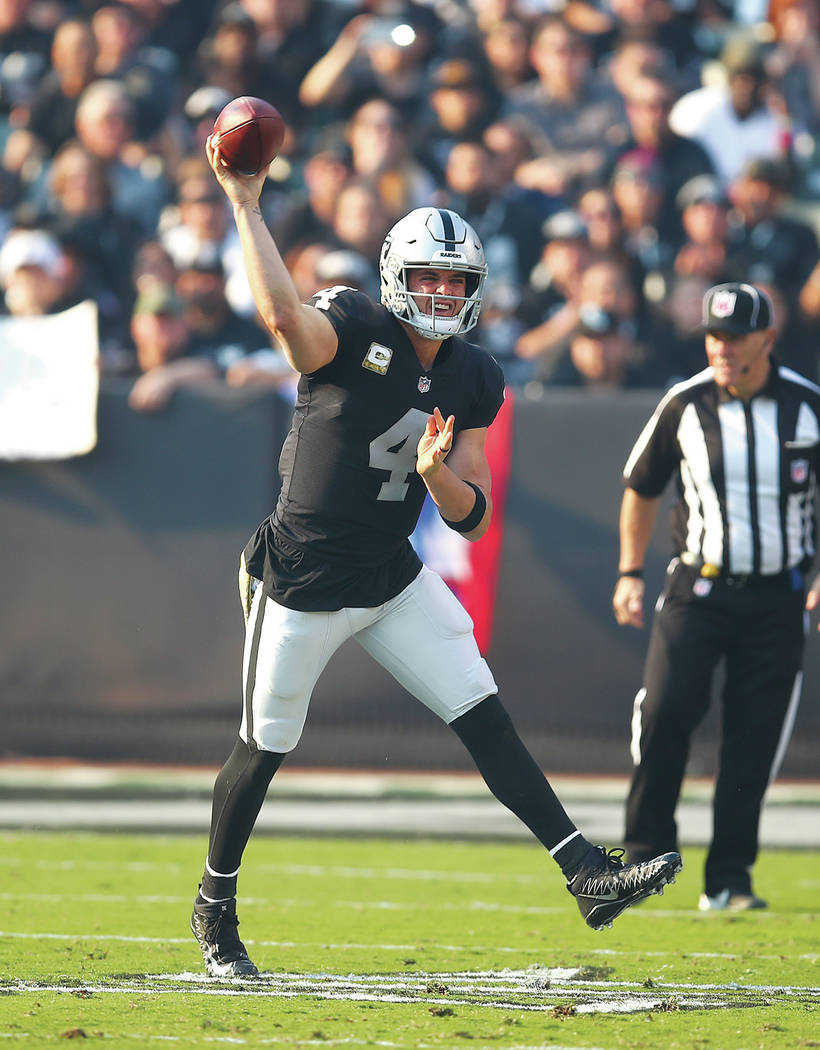 A year before the Oakland Raiders move to Las Vegas, they’re already following the lead of the Golden Knights at the city’s sportsbooks.

The Knights would have cost Las Vegas books millions of dollars had they won the Stanley Cup in their inaugural season. Likewise, books are on the hook for a multimillion dollar payout if the Raiders win Super Bowl LIV on Feb. 2.

Oakland represents the largest Super Bowl liability at William Hill and the Westgate and is in the top three at MGM Resorts, Caesars Entertainment and the Golden Nugget.

director Nick Bogdanovich said. “The Raiders are in a different category. It’s a good seven figures.”

That the iconic NFL franchise will soon turn Nevada into the Silver and Black State is only one of the reasons bettors are backing Oakland at odds ranging from 40-1 to 75-1 to win their first NFL title since 1984.

“They’re a long shot, they’re the Raiders, they’re coming here and they’re popular (at our books) up north,” Bogdanovich said. “It’s a combination of everything.”

But Westgate sportsbook director John Murray and his staff aren’t too concerned about the Raiders contending for their fourth Super Bowl title this season.

“They’re in such a tough division. Denver will be much improved with a new coach there. There’s no reason the Chargers won’t be a playoff-caliber team, and I think Kansas City is the best team in the NFL,” Murray said. “Oakland’s schedule is brutal. … The deck is completely stacked against the Raiders.”

The Circa Sports sportsbook offers yes/no Super Bowl props, and the no on the Raiders is a minus 11,000 favorite. That means a bettor would have to wager $110 to win $1 that Oakland won’t win the Super Bowl.

The Chicago Bears and Cleveland Browns are the Super Bowl ticket leaders at Las Vegas books. The Patriots, Chiefs and Bears are the money leaders.

“People love to bet on those Chicago teams,” Murray said. “They bet the Bears, Blackhawks and Cubs.”

The Bears are the 12-1 third choice at the Westgate to win the Super Bowl. Chicago went 12-4 last season before losing their wild-card playoff game to the Eagles when Cody Parkey’s potential game-winning field goal bounced off the upright and crossbar.

“We lose to the Browns and Bears like everyone else,” CG Technology sportsbook director Tony DiTommaso said. “They bet on Chicago every year, but I also think there’s carry-over from last year when they were a pushed field goal away from maybe going to the Super Bowl.

“This year, they’re not going to sneak up on anybody, and their division looks pretty tough top to bottom. The Vikings look pretty good, the Packers are the Packers, and sharps are actually on the Lions not just to win the division but to win the Super Bowl.”

Kansas City is the 5-1 favorite at the Westgate to win the Super Bowl, and New England is the 6-1 second choice.

A Westgate bettor placed a $40,000 wager to win $240,000 on New England to repeat as Super Bowl champion and win its seventh NFL title in the Tom Brady-Bill Belichick era.

“They still have Belichick, and they’ll probably win their division and get a first-round bye,” Murray said. “I don’t see any reason why they can’t get back to the Super Bowl.”

A Caesars bettor placed a Super Bowl wager on the Steelers that pays six figures, and the Cowboys are among the ticket and money leaders at Circa. Sharp bettors are on the Falcons at CG Technology. The Cardinals, at 300-1 at the Westgate, represent one of the largest liabilities at several books as futures wagering continues to increase.

“The handle’s insane,” Bogdanovich said. “Futures betting is on a meteoric record pace, just because it’s so wide open. Not that it isn’t every year in the NFL, but I think it’s as deep as it’s ever been. More teams can win it this year than any year.”