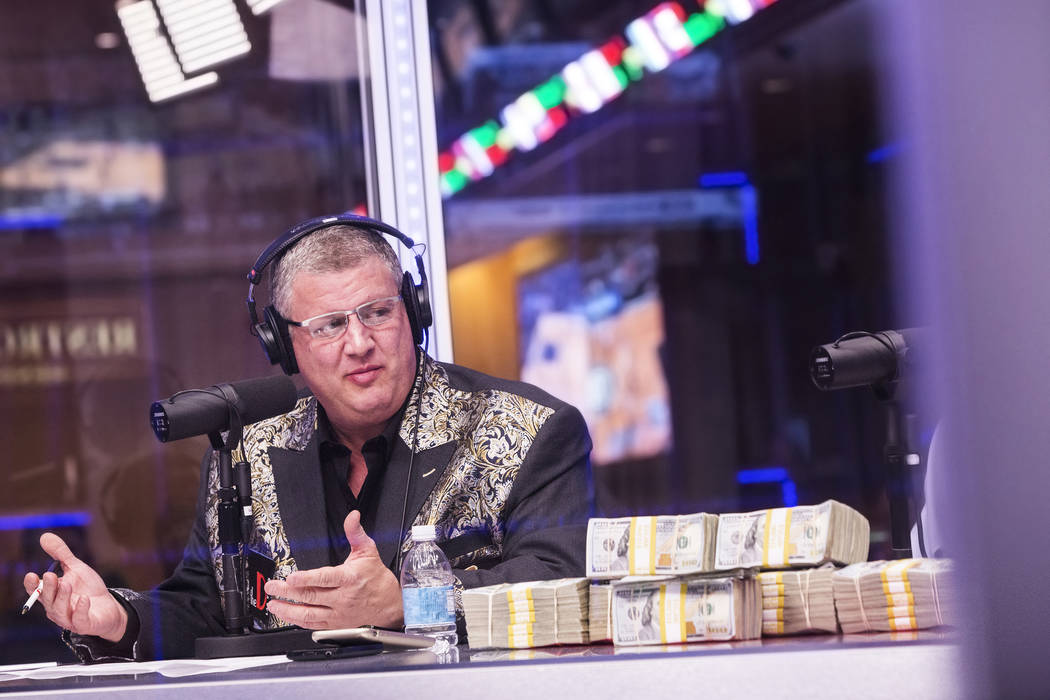 When South Point sports book director Chris Andrews ran the Club Cal Neva sports book in Reno, a local casino owner would blindly bet $1,100 to win $1,000 on every underdog in the first round of the NCAA Tournament.

“He did that to me for years. He usually did pretty good,” Andrews said.

Derek Stevens, who owns the D Las Vegas and Golden Gate, raised the stakes Sunday at South Point, betting $11,000 to win $10,000 on each of 32 opening games moments after the lines were released during a live broadcast on VSIN.com with broadcaster Brent Musburger.

Stevens, who wired $352,000 into his mobile account before the betting extravaganza, took 20 underdogs.

“Obviously he’s a very good customer. I’d like to get 10 guys like that,” Andrews said. “I wouldn’t call him a basketball wiseguy, but he was definitely not a soft touch. He knew what he was doing.”

Stevens took Providence as a 1-point underdog to Southern California in Wednesday’s play-in game. The line has since climbed to 2½ as money has poured in on the Trojans, the most heavily-bet team thus far at South Point.

“There’s a ton of action there,” Andrews said. “Derek bet the other way. That helped.”

The biggest line move since Sunday was on No. 14 Florida Gulf Coast, which opened as a 14-point underdog to No. 3 Florida State and was getting only 11½ by Monday afternoon.

Other significant line moves were on North Carolina Central, which opened as a 2-point favorite over UC Davis in Tuesday’s play-in game and is now laying 4; No. 12 Middle Tennessee State, which is getting 1 point from No. 5 Minnesota after opening as a 3-point ’dog; and No. 7 Michigan, which is favored by 2 over No. 10 Oklahoma State after the line opened as a pick’em.

Nevada sports books took $422 million in wagers on basketball in March 2016, which was an increase of $46.5 million from 2015. The state doesn’t track the NCAA Tournament betting handle. However, based on feedback from the books, Gaming Control Board research analyst Michael Lawton estimates about 70 percent of the basketball handle — approximately $295.4 million — was from the NCAA Tournament.

That number is more than twice that of the state’s record Super Bowl handle of $138.5 million.

“When I first started looking at it 15 to 20 years ago, college basketball in the month of March was about equal to the Super Bowl,” Andrews said.

In honor of Northwestern making the NCAA Tournament for the first time in 78 years, Station Casinos has posted a prop bet, “Will the Wildcats win the national championship?”

Yes is plus-280, no is minus-360 and, in addition to No. 8 Northwestern, bettors get No. 1 overall seed Villanova, No. 2 seeds Arizona and Kentucky, and Kansas State, which will play Wake Forest in Tuesday’s play-in game.

Kyle Busch wasn’t the only one who took a beating in Sunday’s Kobalt 400 at Las Vegas Motor Speedway. Andrews said South Point lost big on the NASCAR race. There wasn’t much action on race winner Martin Truex Jr. at 10-1 odds but Andrews said bettors cashed in on the driver matchup prop bets.

“We lost just about every one of them,” Andrews said. “We took a lot of NASCAR action. We got our asses kicked.”