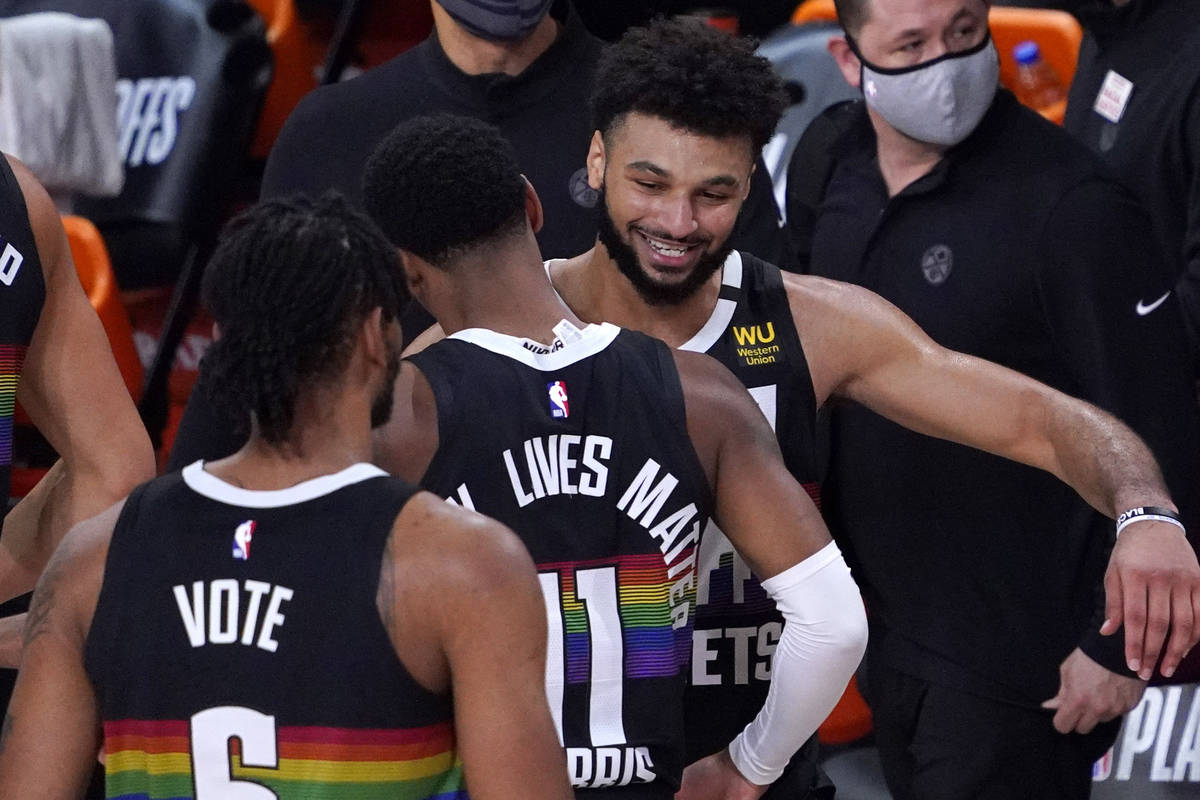 Somewhat lost in the shuffle of an NFL Sunday that saw all four major American sports in action was the Denver Nuggets’ upset of the Los Angeles Clippers to force Game 7 of their Western Conference semifinal playoff series.

The Nuggets rallied from 19 points down in the second half to beat the Clippers 111-98 and turn a Westgate bettor’s $18,000 money-line bet on LA into trash.

The Clippers are 7½-point favorites in Game 7 in Tuesday’s nightcap of an NBA playoff doubleheader.

In the first game, the Boston Celtics are 1½-point favorites over the Miami Heat in Game 1 of the Eastern Conference Finals. Boston is a -135 series favorite after defeating the defending NBA champion Toronto Raptors in seven games. Miami is the +115 series underdog after stunning the Milwaukee Bucks in five games.

Westgate vice president of risk Jeff Sherman would prefer to see the Clippers win to set up a marquee Western Conference Finals matchup with the LA Lakers, who eliminated the Houston Rockets in five games.

“It’s better for the book and better for the handle if we get the Clippers in there,” he said. “A Lakers-Clippers Western Conference Finals might do more (action) than one of those teams playing against the Heat or Celtics in the NBA Finals.”

Sherman placed a wager on the Clippers in the first half -3½ and the line has since climbed to 4½.

“The last two games, they’ve gotten off to big leads in the first half and kind of let up a bit in the second half and it cost them,” he said. “I think you’ll at least get a good effort from the Clippers out of the gate.”

Professional sports bettor Erin Rynning recommended bets in the Review-Journal before the playoffs began on the Heat to win the East and the Clippers to win the West and the NBA title.

“The Celtics have played the Sixers, who wanted to make it a half-court game and in return a Toronto team with poor offensive efficiency in the half-court. The Heat will present more scoring options, but at the same time don’t offer the resistance of the Raptors,” Rynning said. “A few days off for both teams should provide fresh legs off the every-other-day grind.”

Rynning said he doesn’t have an opinion on the Nuggets-Clippers game, besides hoping LA advances for his futures bets. The total is 207½ after the first six games averaged 220 and the under went 5-0-1.

“I bet the first five games under and Game 7s in the NBA have trended under,” he said. “However, I just can’t get there with the beaten-down total almost 20 points off the Game 1 total.”