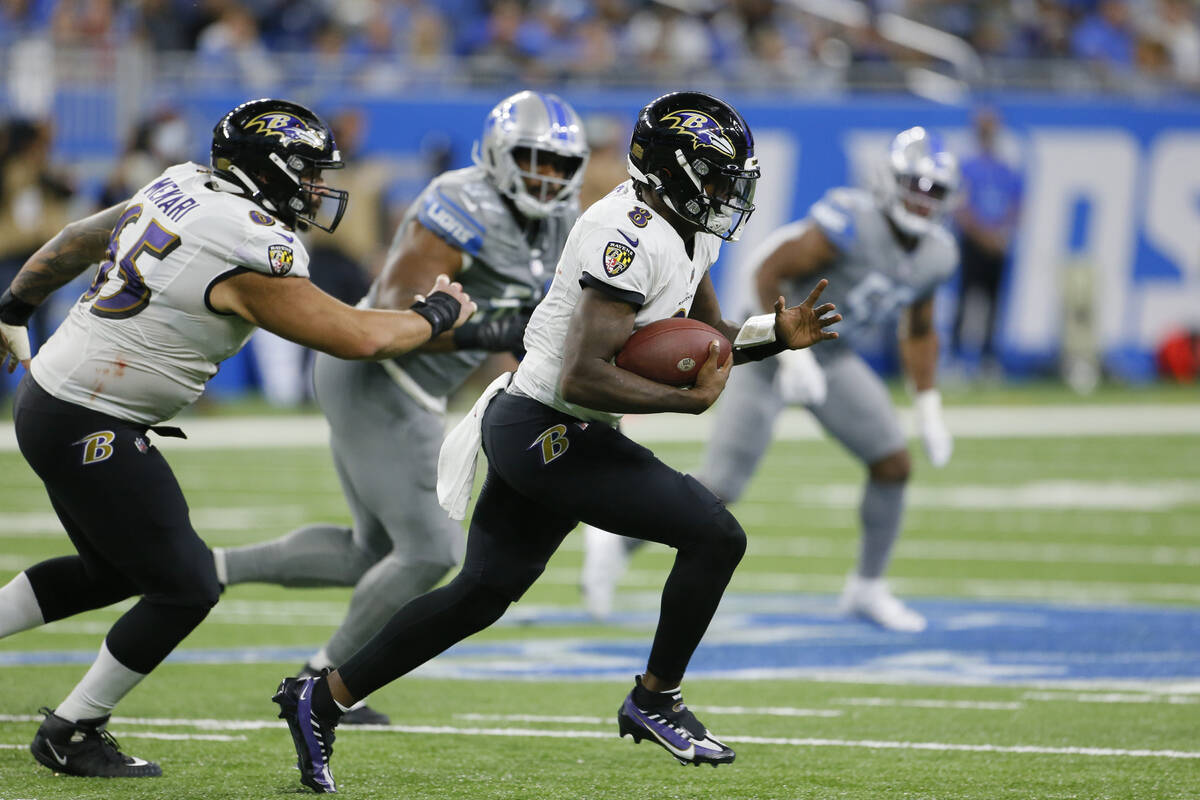 Baltimore Ravens quarterback Lamar Jackson (8) scrambles against the Detroit Lions in the second half of an NFL football game in Detroit, Sunday, Sept. 26, 2021. (AP Photo/Duane Burleson)

Finding NFL winners is supposed to be difficult, but the Last Woman Standing is making it look easy.

The week before, Carolina scored a 26-7 victory over New Orleans after Hanover took the Panthers +3½.

Hanover remains in the race to successfully defend her Last Man Standing title, with three entries remaining after three weeks. She also has two entries left in the college LMS contest, and she is 10-5 in the Circa Sports Million.

A blowout by the favorite would be conducive to an under, and the underdog’s only path to victory is in a low-scoring game.

“If it’s a close game, it’s because the Patriots are having some luck stopping them,” Hanover said.

Brady and Tampa Bay could win in a blowout, but “a blowout means the other team’s not scoring,” she said.