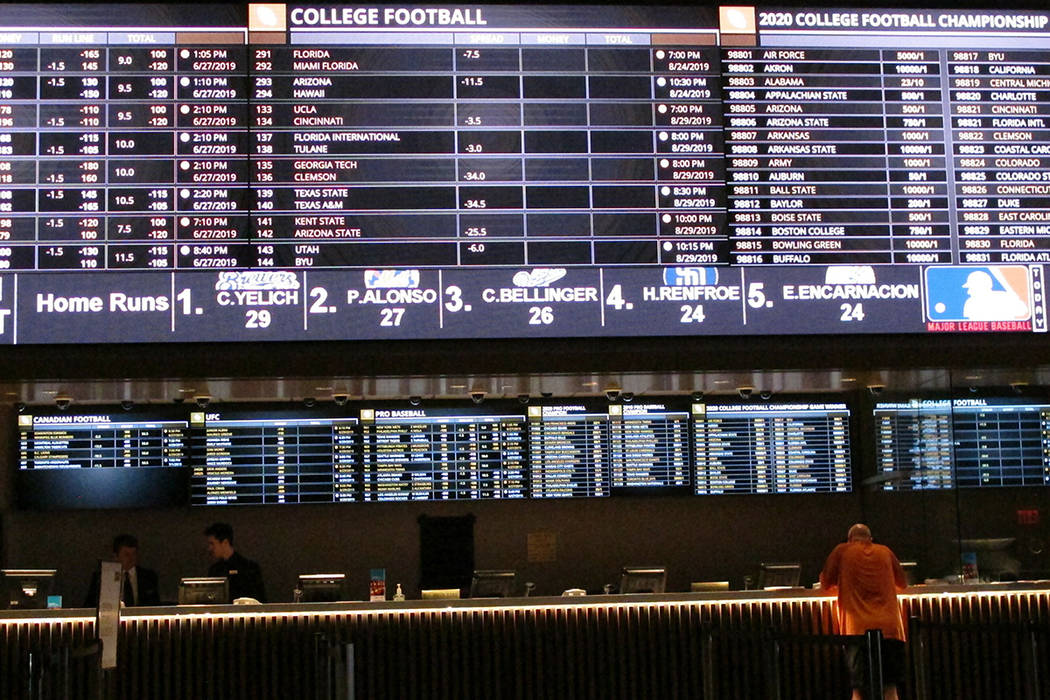 A gambler places a bet at the new sportsbook at Bally's casino in Atlantic City, N.J. on June 27, 2019. (AP Photo/Wayne Parry)

SCHENECTADY, N.Y. — New York joined the growing list of states allowing wagering on sports after an upstate casino cut the ribbon on a new betting lounge Tuesday and took its first bet — $20 on the Seattle Mariners.

The state’s entry comes more than a year after the U.S. Supreme Court lifted the ban that had restricted sports betting outside of Nevada. Gambling officials and casino executives in New York are eager to catch up to New Jersey, where gamblers have placed more than $3 billion worth of sports bets in the first full year since wagering became legal in that state.

“Right now Jersey is cleaning our clock when it comes to sports betting,” said state Assemblyman Gary Pretlow, D-Westchester County, who placed the inaugural bet. “We’re a little bit behind.”

Several other upstate casinos — both state-licensed and tribal facilities — plan to begin offering sports betting in the coming weeks and months, in time for the fall football season. Tioga Downs Casino Resort in the Southern Tier has announced plans to offer sports wagering starting Friday.

New York is the ninth state to permit and regulate sports betting after the state’s Gaming Commission approved regulations earlier this year.

In May, New Jersey edged ahead of Nevada in the amount of monthly sports bets placed, with $318.9 million wagered, about $1.5 million more than Nevada.

In New York, some lawmakers want to authorize wagers at sporting venues or on mobile devices, but the proposal didn’t get a vote before lawmakers adjourned their session last month.