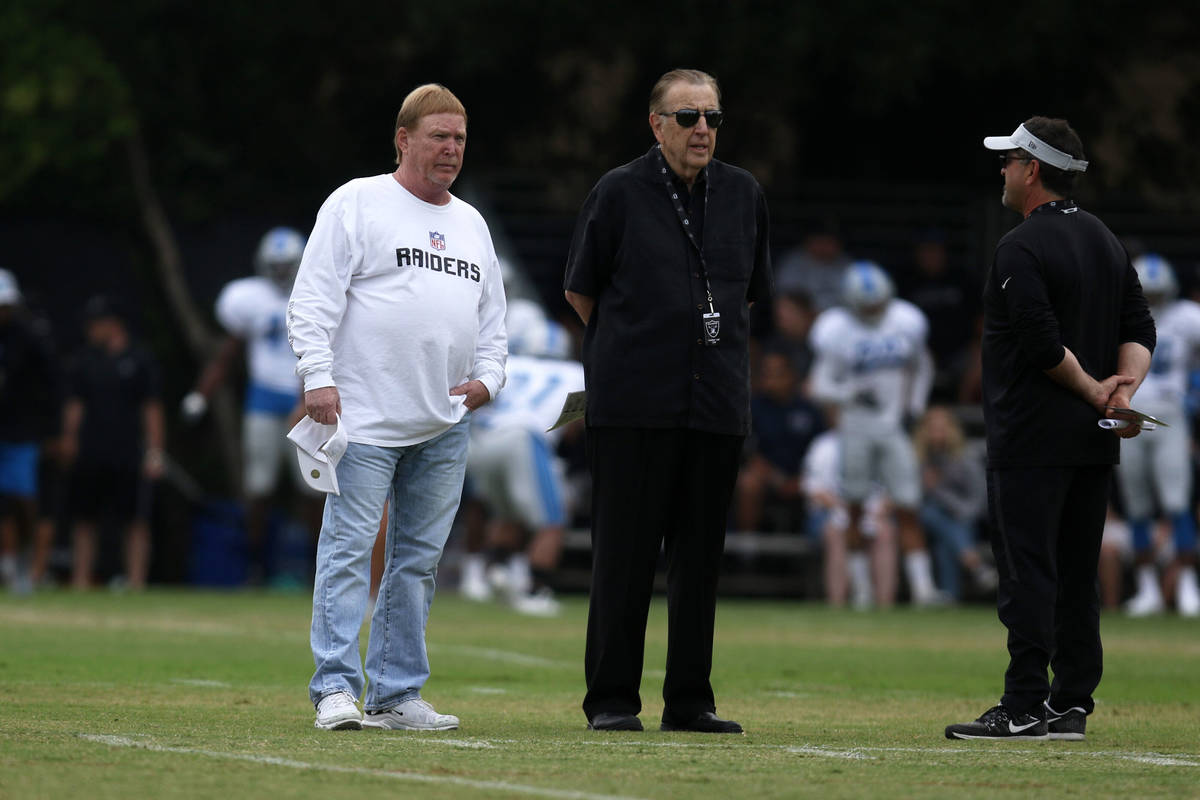 Brent Musburger has made countless memorable calls in his storied broadcasting career, including Doug Flutie’s Hail Mary in 1984.

The legendary sportscaster also made some great calls picking games this season en route to winning the Review-Journal NFL Challenge with a 46-36-3 ATS record (56.1 percent).

The Raiders’ radio play-by-play voice and VSiN host held off handicapper Lou Finocchiaro (46-37-2) by a half point in the contest comprised of 10 handicappers, media members and Westgate sportsbook vice president Jay Kornegay.

Musburger, 81, clinched the title Sunday with the help of one of his tried-and-true handicapping theories that he applied to the Rams, who beat the Cardinals 17-9 as 2½-point underdogs without injured starting quarterback Jared Goff.

“The reason I did this, first of all, is because the Rams have a solid defense, and I knew the Cardinals would have difficulty scoring,” Musburger said. “But if you see key individuals gone, like Jared Goff, everybody in that locker room will bust their butt to pick it up for them, especially in that first game.

“That’s something I learned when I covered the NBA for CBS and saw many, many games when a key player was missing. Everybody was saying doom and gloom, but that’s not what happened. That’s what the Rams did. They picked it up and won their way in.”

“Jay Kornegay probably owes me a ham sandwich,” he said with a laugh.

Musburger said he likes to pick a mix of favorites and underdogs each week, and he pays close attention to injuries.

“I suppose the thing I lean on the most is injuries late in the week,” he said. “This was an especially tricky year because of COVID. The injury that would impact me more than anything is the cluster injury. One week the Denver Broncos were without five defensive backs. In a game like that, I would go against that team automatically.

“But I used the Panthers as a pick last week because the Saints were without all their running backs, and I went down in flames. It doesn’t always pay.”

Musburger took the Raiders in the contest every week and went 8-8 ATS.

“I knew I’ve got four other games to pick, but I’m taking the Raiders,” he said. “That was an automatic for me, even if I thought they were going to have difficulty, because I’m pulling for them every week. I want them to win, and I want them to cover.”

The Buffalo Bills are Musburger’s sleeper pick to win the Super Bowl, but his first choice is the Kansas City Chiefs.

“I’m obviously influenced by the fact that I’ve seen Kansas City twice a year in the three years I’ve done the Raiders, and they’re 5-1 against us,” he said. “Patrick Mahomes is brilliant. To me, Travis Kelce is a first-ballot Hall of Famer. Nobody’s got a tight end weapon like Kelce. And Tyreek Hill can go deep for you.

“They’ve got a bye and are at home the rest of the way. The Chiefs are my pick to repeat, but we’ll see. The playoffs are the playoffs. One of these six (wild-card) games will shock us.”

In Musburger’s estimation, the NFL is the toughest sport to handicap.

“There’s no magic formula,” he said. “My father taught me this a long, long time ago, and it wasn’t in regards to handicapping football: It’s what you learn after you think you know it all that matters.

“And I would pass that on to NFL handicappers. That’s the case on a week-to-week basis. It’s a very, very difficult proposition.”