Handicapper Lou Finocchiaro sees an opportunity to hit a long shot in the main event of Saturday’s UFC Fight Night on ESPN between heavyweights Walt Harris and Alistair Overeem.

Finocchiaro (@GambLou), who hit two of his three plays on Wednesday’s UFC card, is sensitive to the fact that Harris (45-18-0) is fighting for the first time since his 19-year-old stepdaughter, Aniah Blanchard, was murdered in November.

“Overeem’s skill is too much, and I think he’ll be able to keep Harris at bay. Overeem is adept on the ground, and if he can get Harris on the ground, odds are strong he can finish him. I have a strong lean to Overeem by submission at 10-1 odds. It’s a long bomb, but I think it’s likely and I’m using it.”

Finocchiaro has three other plays for Saturday’s card in Jacksonville, Florida:

Rodrigo Nascimento (Even) over Don’Tale Mayes

“This is the first fight on the card. I don’t often do that, but I think there’s an angle here,” he said. “Styles make this fight, because if Mayes keeps it standing, he’s going to have all the advantages.

“I believe if the fight goes to the floor, Nascimento will hold a tremendous advantage. For that reason, I like him and believe he’ll win this fight.”

“Vera is 27 and 5 years older than Yadong. He has won his last five UFC fights and is on an ascent, with an advantage on the ground should the fight go there,” Finocchiaro said. “Yadong is a future top-five featherweight fighter. But at this stage of his career, he’s giving up 2 inches in reach to Vera on his arms and legs and a decent amount of experience.

“With Vera’s experience, age and maturity, and the fact he’s got a little more well-rounded game, this is a closer fight than it’s lined at.”

Barboza, 34, has height and reach advantages over Ige, 28. But he’s dropping down in weight to the 145-pound class after spending most of his career at 155, where he lost four of his past five fights.

“I view an older fighter struggling in his weight class who’s been knocked out a couple times now dropping weight classes as a bit of a red flag,” Finocchiaro said. “Ige lost his debut in the UFC, but has since won five straight fights, most notably his last two wins against very capable fighters.

“These are two ships going in different directions. Barboza is a very decorated lightweight, but dropping into featherweight is a desperate move.”

Don't miss the big stories. Like us on Facebook.
Covering The Cage Videos
Gilbert Burns Dominates Tyron Woodley in UFC's Return to Las Vegas - VIDEO
Gilbert Burns established himself as a top contender in the welterweight division after dominating Tyron Woodley in the main event of UFC on ESPN 9 in Las Vegas. Heidi Fang and Adam Hill discuss his performance as well as Mackenzie Dern's win over Hannah Cifers. (Heidi Fang/Las Vegas Review-Journal)

UFC's Harris Says He's Fighting for "a different purpose" in First Fight Since his Stepdaughter's Death - Video
UFC heavyweight Walt Harris will collide with Alistair Overeem in the main event of UFC Fight Night 172 in Jacksonville, Fla., on May 16. It'll be the first time Harris competes since his 19-year-old stepdaughter, Aniah, was kipnapped and killed in Fall 2019. (Heidi Fang/Las Vegas Review-Journal

Teixeira Dominates Smith at UFC Jacksonville, Claims Victory - Video
In the main event of UFC Fight Night 171, Glover Teixeira stopped Anthony Smith in the fifth round to claim victory in the promotion's second fight card to take place in Jacksonville in the past week.  (Heidi Fang/Las Vegas Review-Journal)

UFC's Smith Says He Would Not Allow Home Invasion to Interfere with Headlining Event - Video
UFC light heavyweight fighter Anthony Smith, who lives in Nebraska, says he wouldn't allow the "psychopath" who broke into his home to dictate his return to the promotion. Smith, who successfully fought off the home invader in April this year, will return to headline UFC Fight Night 175 against Glover Teixeira in Jacksonville on May 13. (Heidi Fang/Las Vegas Review-Journal)

UFC 249 Event Recap: Gaethje KOs Ferguson, Cejudo Retires - Video
In the first sporting event to take place after shutdowns due to the coronavirus pandemic, UFC 249 saw a new interim champion crowned in the lightweight division in Justin Gaethje and in the co-main event, Henry Cejudo successfully defended his title against Dominick Cruz and then retired.

UFC 249 Fighters Not Concerned About Competing in Empty Arena - VIDEO
UFC fighters Justin Gaethje, Tony Ferguson and Donald Cerrone weigh in on how things are different in preparation for UFC 249 amid the coronavirus pandemic and what they think the atomesphere at VyStar Veterans Memorial Arena will be like on May 9 in Jacksonville, Fla., without an audience. (Heidi Fang/Las Vegas Review-Journal)

VIDEO - UFC Fighter Francis Ngannou Gets Tested for Coronavirus Ahead of UFC 249
Ahead of UFC 249, the promotion administered tests to all of the fighters competing at the event slated to take place at the VyStar Veterans Memorial Arena in Jacksonville, Fla on May 9. This is a video of heavyweight Francis Ngannou receiving the test. (Heidi Fang/Las Vegas Review-Journal)

Jon Jones DWI Arrest Video
Video was released on Friday from an officer's body cam of UFC champion Jon Jones going through a sobriety test and before being arrested. Jones was arrested early Thursday on charges of aggravated driving while intoxicated, possession of an open container and negligent use of a firearm. 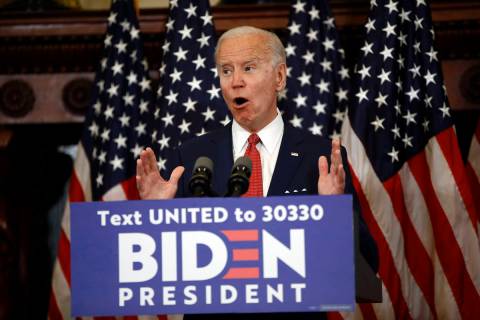 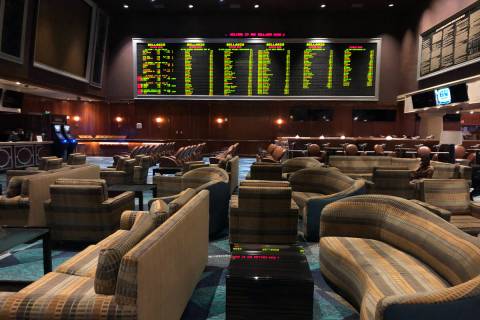