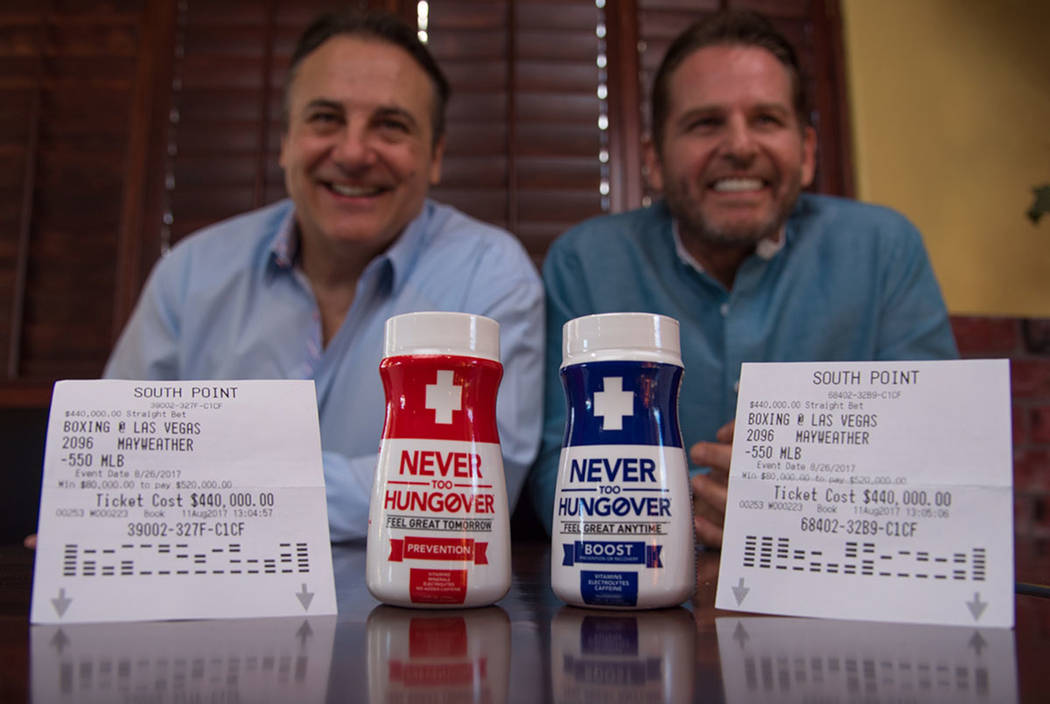 It turns out the bettors who asked to remain anonymous after making a $880,000 wager at the South Point sports book on Floyd Mayweather Jr. to beat Conor McGregor are anything but anonymous in Las Vegas.

The Maloof brothers — Joe, Gavin and Phil — made what is believed to be the biggest bet on the fight thus far, Gavin Maloof confirmed to the Review-Journal on Sunday.

The Maloofs, who own a minority stake in the Golden Knights and are former owners of the Sacramento Kings and the Palms, were first identified as the bettors by LVSportsbiz.com.

“I live down the street from Floyd (in Southern Highlands) and I’ve known him for a lot of years. He’s a good friend of mine,” Gavin Maloof told the Review-Journal. “Conor McGregor’s great and all the respect in the world to Dana White and the UFC. But it’s very difficult to transplant an MMA fighter to boxing.

“McGregor’s much younger and he hits hard but he’s going against the best boxer ever. I just don’t see it. Floyd’s the best counter puncher to ever live. You can’t hit Floyd. He’s too quick.”

“We went and sat down with (South Point owner) Michael Gaughan and made the bet. But we came back and thought to ourselves, ‘The money is nice but it can do so much good for so many other people so why don’t we take all the winnings and donate it to charity,’ ” he said. “If he wins, we’ll donate the $160,000 to charities in Las Vegas and Los Angeles, where our sister Adrienne lives.

“It will be a nice gesture for the community and get everybody rooting for Floyd, who’s a hometown kid.”

Gavin Maloof said Never Too Hungover will wait until after the fight to announce which charities will receive the money.

Las Vegas sports books also are rooting for Mayweather to win as the vast majority of tickets and money on the fight are on McGregor.

“We were flooded with McGregor money so I was more than happy to take the bet,” South Point sports book director Chris Andrews said Saturday. “We still need Mayweather.”

A photo of the $880,000 betting ticket that surfaced on social media in which the win total was only $120,000 was a misprint as the South Point’s bookmaking system caps payouts at $1 million. The bet was reprinted as two $440,000 wagers.

The ticket count is 10-1 in favor of McGregor at South Point, which moved the price on Mayweather to minus-575 after taking the $880,000 bet.

Mayweather is a minus-650 favorite at the Westgate sports book and minus-600 at William Hill sports book. McGregor is plus-450 at both books.

The liability is close to $2 million on McGregor at MGM Resorts sports books and is well over $1 million at William Hill sports books.

The betting handle on the fight is expected to exceed that of Mayweather’s May 2015 bout with Manny Pacquiao, which generated an estimated record handle of $50 million.