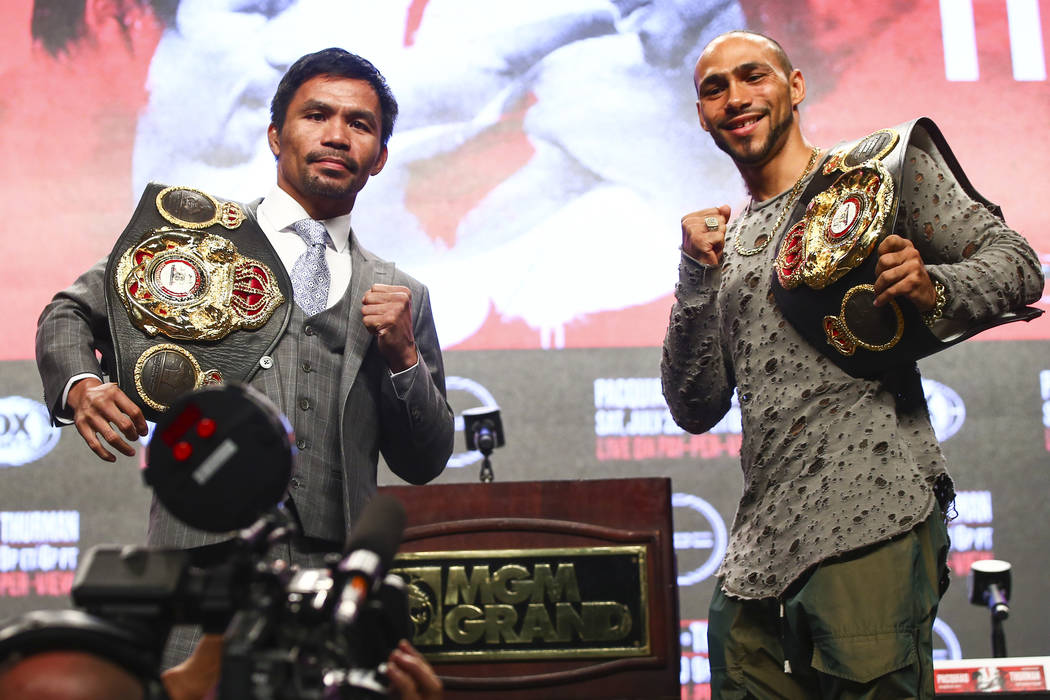 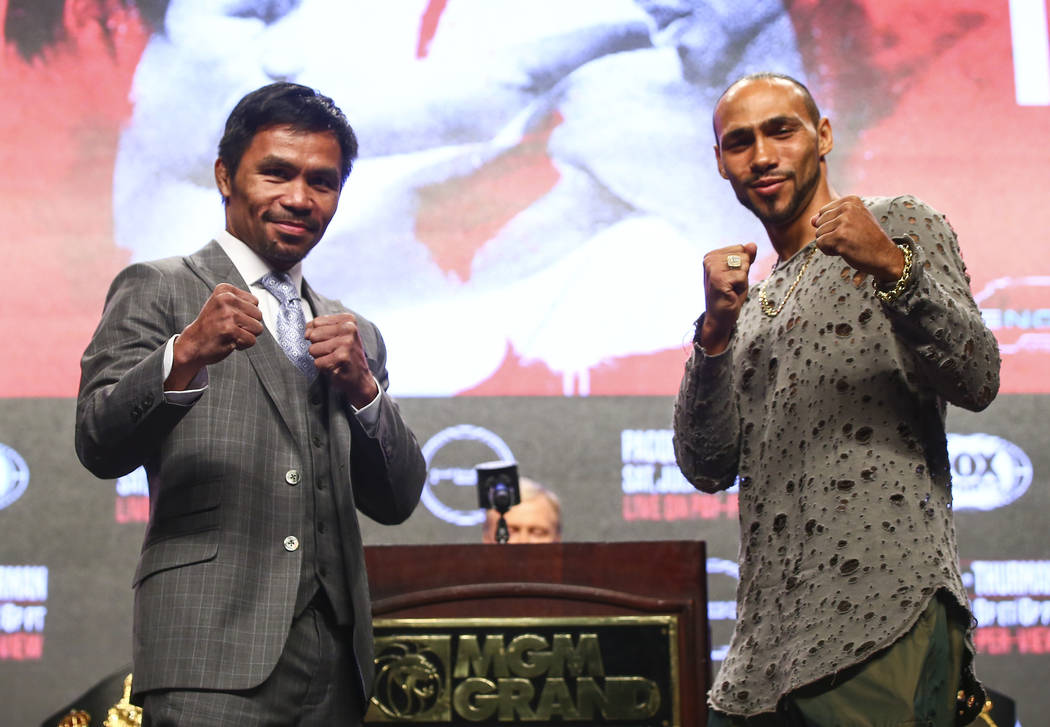 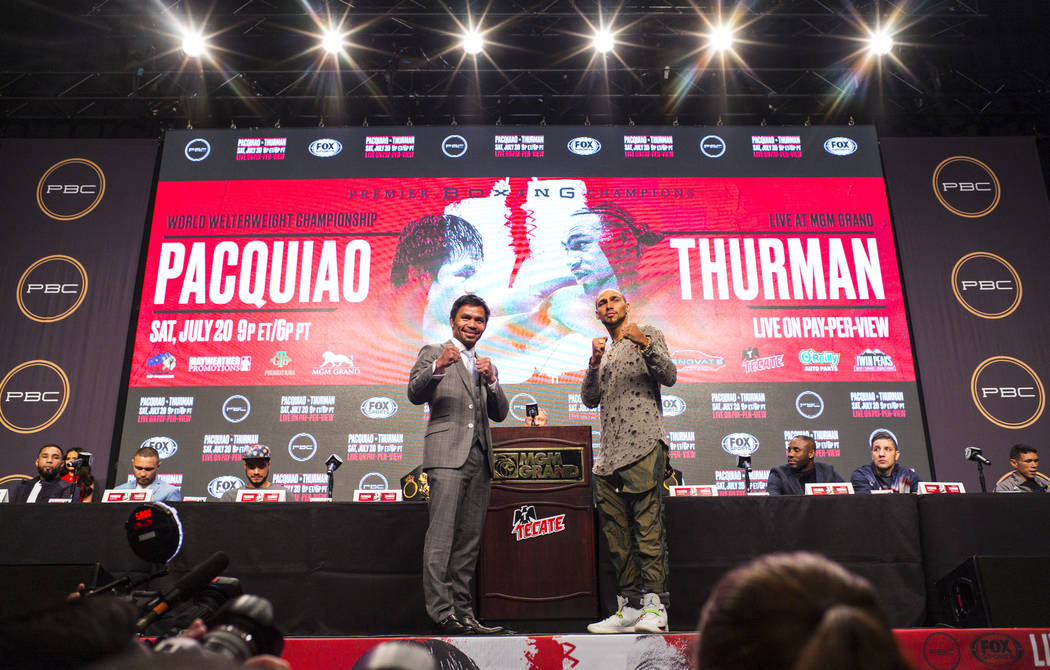 WBA welterweight champion Keith Thurman said he plans to bet on himself to knock out Manny Pacquiao in Saturday’s title fight at the MGM Grand Garden Arena. But the vast majority of bettors at Las Vegas sportsbooks are backing Pacquiao.

“It’s just been nothing but Pacquiao money,” Westgate sportsbook director John Murray said. “No matter what we make the price, Pacquiao is the only side anyone wants to bet. We had a guy come in (Friday) morning who bet Pacquiao for $5,000 at (minus) 165, so we went up to minus 170.”

“We’ve taken some money on Keith, but it’s been a pretty one-sided fight so far,” Murray said.

Caesars Entertainment sportsbook bettors also are all over Pacquiao.

“We’re going to need Thurman for a ton,” Caesars risk manager Jeff Davis said. “We’ve taken a slew of Pacquiao money, and all the money the night of the fight will be on Pacquiao.”

“The draw is taking a ton of money. It always does. We always need to fade the draw,” Davis said. “On the five-way (method of victory) prop, the most tickets are on the draw, twice as many as the rest of the pool combined.”

Davis said Caesars took a sharp bet on under 11½ rounds at plus 330.

Murray expects the fight to go the distance.

“It’s going to be a very close decision,” he said. “It’s probably going to be one of those things where the fight is super close, and no matter who it goes to, everyone will say it’s a robbery and there will be a meltdown on Twitter.”

Murray said the line move on the fight is an overreaction to each boxer’s most recent performance, with Pacquiao coming off a convincing win over Adrien Broner and Thurman coming off an unimpressive decision over Josesito Lopez.

“I think there’s value on Thurman at plus 150 if that price is out there,” Murray said. “I would not be that surprised if Pacquiao won, but I think it will be a really close fight.” 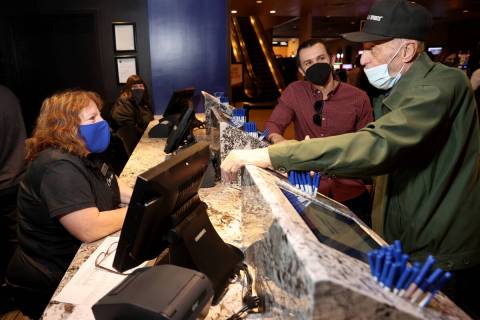 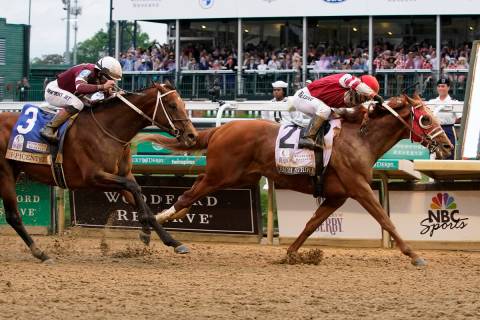