“Not at all,” said McIngvale, who refunded $12 million to customers who cashed in on a promotion when the Astros won the 2017 World Series. “I’m sorry about the sign-stealing scandal, but I have no regrets about the Astros winning the World Series and me having to pay money out.

“I’m an Astros fan through and through.”

MLB issued its findings Monday from an investigation that found Houston illegally used electronics to steal signs during its run to the 2017 World Series title.

“We had the Texans’ debacle Sunday (when they blew a 24-0 lead in a 51-31 playoff loss to the Chiefs) and the Astros on Monday. It was a double whammy to the Houston sports scene,” McIngvale said. “We’re still trying to recover from that knockout punch.”

Astros manager AJ Hinch and general manager Jeff Luhnow were fired Monday soon after they were suspended for the 2020 season by commissioner Rob Manfred for their roles in the cheating scheme.

“I think it’s sad and unfortunate,” McIngvale said. “I really liked AJ, and Jeff, I didn’t know him well, but obviously he was very skilled.”

McIngvale, 68, lost $13 million in bets on the Astros last season to hedge a potential $20 million loss on a promotion — the same one as 2017 — that offered refunds of any mattress purchase of $3,000 or more if Houston won the World Series.

His Gallery Furniture stores already are offering the same promotion for 2020. The Astros opened as 5-1 favorites to win the 2020 World Series, but have since dipped to the 8-1 third choice at the Westgate sportsbook behind the Yankees (3-1) and Dodgers (6-1).

“(The scandal) didn’t affect the players,” McIngvale said. “They’ll be fine and, regardless of the manager, they’ll still have a great team and go out there and play hard.”

Ever the promoter, Mattress Mack said he’s running another promotion on the 2020 U.S. presidential election:

“If you pick the side that wins, you get 50 percent of your money back.” 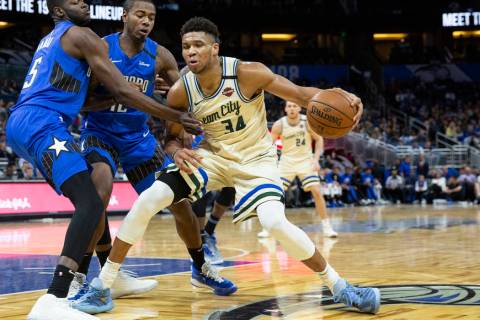